Gabriel Byrne’s portrayal of Dr. Paul Weston in the new HBO drama series about psychotherapy, In Treatment, has earned him a nomination from the 2008 Satellite Awards as Outstanding Lead Actor in a Drama Series.

The series itself is up for the award in the Outstanding Drama Series category, and Dianne Wiest, who plays Dr. Gina Toll, has also been nominated for Outstanding Supporting Actress in a Drama Series.

The award ceremony is scheduled to take place on December 14th.

Congratulations to Gabriel Byrne, Dianne Wiest, and In Treatment! 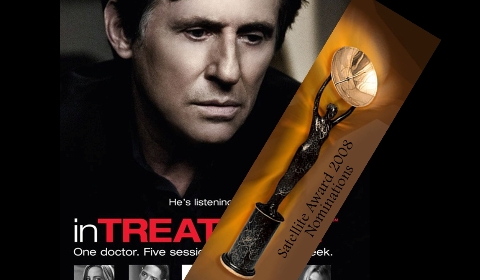