The Fate of the Irish Film Board

It was a star-studded affair in an unlikely place: “the windowless, functional, fluorescent-lit chamber” in Leinster House, Dublin, where the Oireachtas Joint Committee on the Arts heard testimony regarding the possible axing of the Irish Film Board.

Film projects in planning could risk being lost to Ireland because of uncertainty over the status of the Irish Film Board (IFB), Emmy award-winner Brendan Gleeson said yesterday. In giving evidence to the Oireachtas Joint Committee on Arts, Sport, Tourism, Community, Rural and Gaeltacht Affairs, he gave examples from his own experience. He’s planning an €11 million film version of “At Swim-Two-Birds” [note: Gabriel is slated to appear in this film!] for next spring. But with film-making it is crucial that everyone “jumps at the right time”, he said, and if the IFB was removed from the equation it would be a lost opportunity.

Several actors, artists, and writers were on hand to show their support during these proceedings, including one Gabriel Byrne. 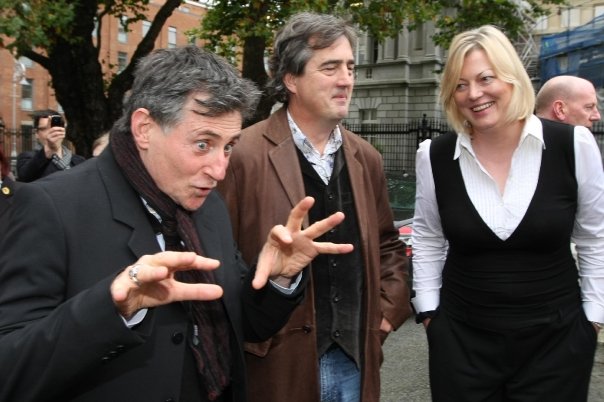 If you don’t fund the IFB, I will come and get you! 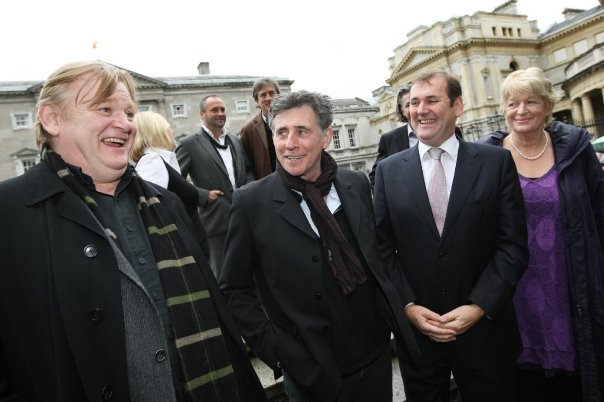 The Independent.ie article on the testimony notes:

Alas, their compadre Gabriel Byrne wasn’t able to stay for the love-in as he had a plane to catch. But he had put the heart crossways on various female denizens of Leinster House when he popped up on the plinth for the photo-shoot. Nonetheless, his presence was a sure sign that the cultural shock troops are massing on the borders of the land of Philistine these days, armed to the teeth with verbal grenades and prepared to repel any attacks on the official end of the arts business.

Thanks to Lara for the alert on this! 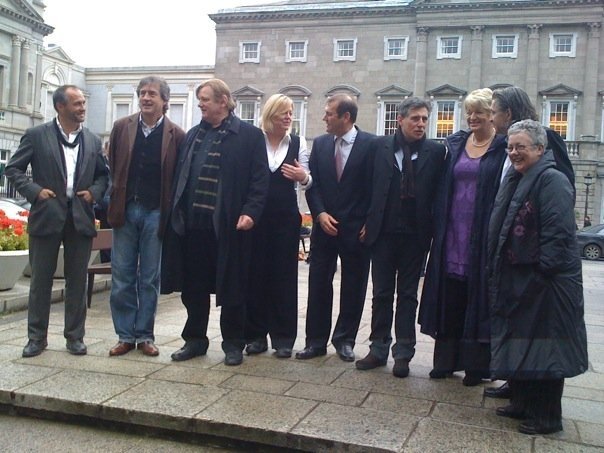