Confessions of a Film Critic: Interview with Gabriel Byrne

John Maguire is the film critic for the Sunday Business Post. This extended and insightful interview took place at the Dingle Film Festival, where Mr. Byrne accepted the inaugural Gregory Peck Award.

Gabriel Byrne is standing before a hundred people in the tiny Phoenix cinema in Dingle watching two men struggle towards him bearing the Gregory Peck Award, a weighty collision of granite and engraved glass. With a theatrical stagger, Byrne takes the sculpture in both arms and sets it down on a table beside him. He gives a tender, sincere speech about how honoured he feels, how Peck is one of his inspirations, how even hearing his name in the same sentence as the great actor makes him humble. When he is finished, the crowd rise to applaud him. He waves and smiles, genuinely delighted, standing for photographs and shaking every offered hand. 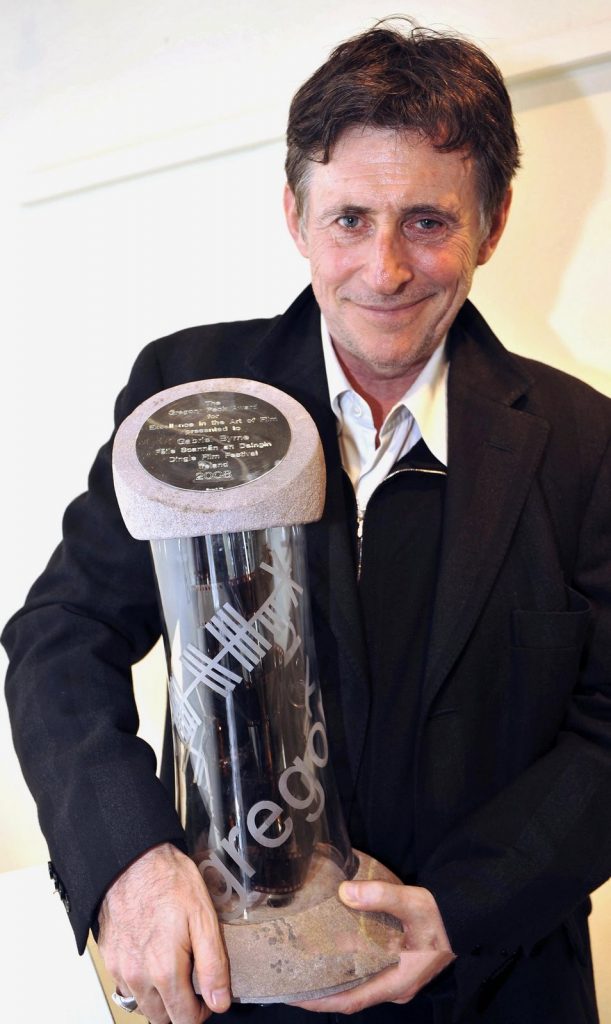 He takes a moment to sip his coffee and I ask him if he has, after thirty years, come up with his own theory on what an actor does. “My theory of acting is different to the way that I’ve heard other people talk about it. I believe that my job as an actor is to let the camera into those areas that are private to me. It’s not about make believe, it’s about telling the truth.”

And finally the end, about In Treatment:

Byrne’s latest success, the HBO series In Treatment, is all about conflict and emotion. He plays a psychotherapist, Dr Paul Weston, who takes weekly sessions with his various patients, seeing them through their crises while creating new ones of his own. Having seen Byrne describe his battle with depression and alcoholism in Pat Collins’ intimate documentary Stories From Home, I wondered if he had ever been in therapy? “No”, he says, “I have not. But doing the show has enlightened me about the process. My feeling about it is this; if you can share who you are with another human being, and acknowledge that contact, your problems lose their power over you. You can put the issue on the table and step away from it and get a new perspective. Or at the very least, you will find that whatever your troubles are, you are not alone in them. There are other people that feel the very same way, or have gone through the very same problem. The human condition, when you boil it down, is that we are all feeling the same way at one time or another.”

The interview is here. It is lengthy, full of description, and quite wonderful.