As far as I can tell, these are the only nominations for In Treatment. It is so great that Hope Davis is receiving recognition for the outstanding work she did in the series. And Dianne Wiest won last year in this category, so this should be quite a battle (in a good way)!

And it goes without saying (although I will say it): Kudos to Gabriel Byrne! He rocks in this role and the acknowledgment is richly deserved. I hope he will be richly rewarded. smile

The 61st Primetime Emmy Awards are scheduled for Sunday, September 20. Get that champagne on ice now! 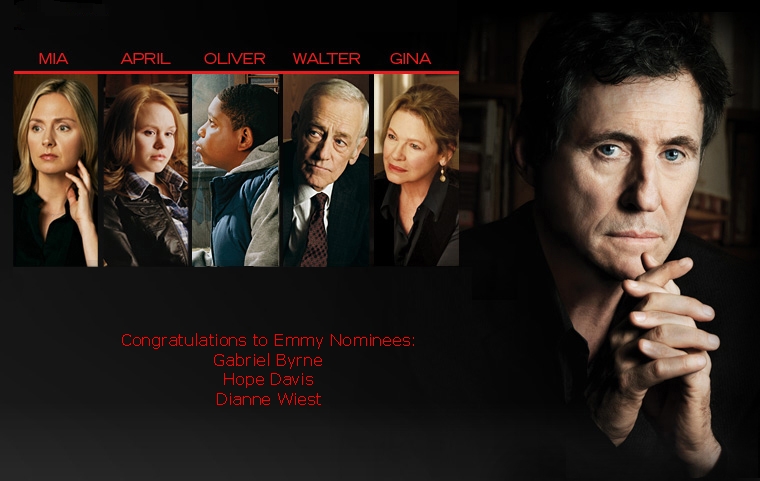