Predictions for the Emmy Award for Best Actor in a Drama tend to focus on In Treatment’s competition: Bryan Cranston, Jon Hamm, Hugh Laurie, and Michael C. Hall.

Bucking the trend, though, is Robert Licuria over at the LA Times’ The Envelope, who is pushing the envelope for our man:

But then I watched Gabriel Byrne’s episode. Although the episode runtime is under 30 minutes, Byrne is practically in every frame, front and center. It’s very much like a play, with a huge spotlight on him, where he gets to play against one of the greats in Dianne Weist.

There’s anger, frustration, and then the dynamite scene at the end of the episode where he cries over the deathbed of his estranged father. It really is the perfect Emmy submission, and had me in tears. The question here is whether voters can be bothered voting for a show that appears to be dead and buried, and definitely lacks the buzz of those actors in best drama series contenders “Breaking Bad,” “Mad Men” and “House.”

I am very tempted to go with Bryan Cranston, but have decided to go out on a tiny limb for Gabriel Byrne.

Hey, Rob, good call! We are all out there on that limb with you. The show may surprise you, though, and come back for a third season.

In the meantime, Mr. Byrne should be acknowledged for his amazing performance: The Best on TV, cried all the Byrneholics, shaking that tree! 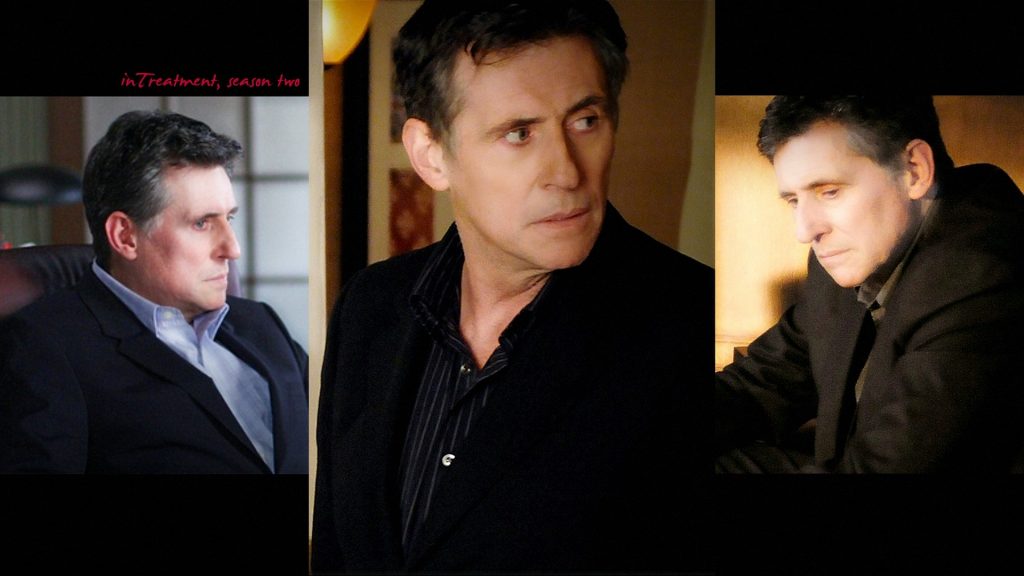