An Actor With A Lot On His Mind: New Interview

In an extended and illuminating interview with Belinda McKeon at the Irish Times, Gabriel Byrne talks about how he views America, how Americans view Ireland, and why he did not own a television until recently.

Ms. McKeon gives us a glimpse of Gabriel’s home and his heart; she also brings us up-to-date on what he has been doing while filming the latest episodes of In Treatment.

A sample, describing his life and his home in Brooklyn:

In fact, there’s a chance that the new season of In Treatment might move almost unnervingly close to home for Byrne, in that it will see his character settle into a base which sounds like a replica of Byrne’s own; a big old Brooklyn brownstone. But no matter how booming the trade in neurotic New Yorkers (and there’s a market that will never collapse), Dr Weston’s gaff is still very unlikely ever to be a patch on Byrne’s. The place is not just envy-inducing; it’s envy-inventing. Who knew that ceilings could be so high? Who knew that you could fit so many paintings on so many walls? (Drawings and etchings by Picasso and Rembrandt, Soviet art, illustrations from 1920s childrens books, photographs by Doisneau, Cartier Bresson, and the late young Irish photographer Ian Thullier, as well as a lot of newspaper photography.)

Whoever saw Sunday morning light filling a whole ground floor like this; who lit that huge fire in that enormous hearth? (Actually, that’s one question I didn’t ask; Byrne was busy making the tea, so I gave him the benefit of the doubt.) The sitting-room is full of books; upstairs, out of the way of the flood waters which have caused him trouble before, are the rare editions he collects, mainly in the Irish language: Máirtín Ó Direáin, Tomás de Bhaldraithe, Seán O Riordain, Tomás Ó Criomhthain. And over the bookcases here, three old piano accordions, one of which belonged to Byrne’s grandmother.

This is home; Byrne has lived here for over 10 years. At the moment, with the production schedule for In Treatment requiring him on set for up to 14 hours a day, five days a week, it’s also his refuge. He loves living in Brooklyn; loves the distance from “the noise, the constant toing and froing” of Manhattan, where he lived when he first came to New York. For a long time, like many Manhattanites, he resisted the trip across the bridge into Brooklyn. Now he loves the experience of leaving the city to come home, and of traveling across the Brooklyn Bridge to start another day – or night – in Manhattan. It’s “something psychological”, he says. He loves the quietness of his street, the low skyline, the fact that the buildings are old – his house dates from the 1860s – and that the neighbourhood “has dogs, it has children, it has a lot of writers and actors and artists”. It reminds him of London or of Dublin, he says. “And I have neighbours here, and I’m recognised as a local.”

Additional perk: check out this blog posting to see some wonderful photos of  Brooklyn and Mr. Byrnes’s neighborhood, Brooklyn Heights. Stalking is, of course, discouraged! 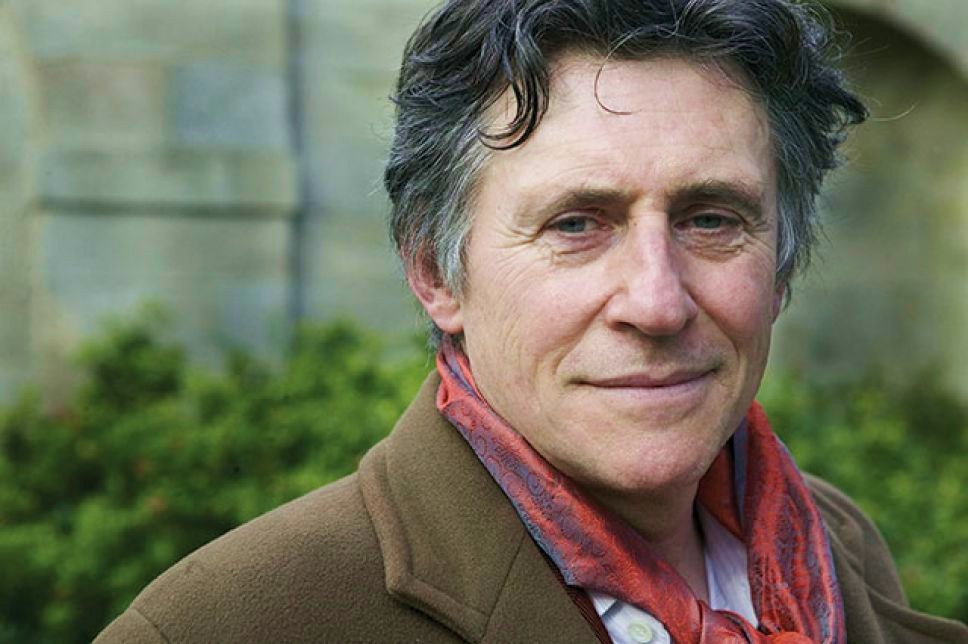