Alan Sepinwall interviewed Warren Leight, the showrunner for Season Two of In Treatment as a parting gift in his usual weekly analysis of the series:

We’ve come to the end of season two of In Treatment, and I’m going to do something a little different at the end. Rather than do my brief sketches of each patient, I spoke at length with showrunner Warren Leight about how each story ended, the season as a whole, deviations from the Israeli series, and the possibility of getting more amazing adventures of Dr. Paul Weston, with or without this specific group of patients.

Read the entire interview here. There is lots of information about how the series was written and filmed, choices that were made on the set, and conjectures about the possibility of Season Three (oh yes, please!).

An excerpt explaining how Gabriel Byrne played Paul as he decided to take April to chemotherapy:

…I imagine that’s a choice he [Byrne] made with April. That was another acting moment: Gabriel on the set in week 4, it had been written more therapeutically, the moment where he takes her, and he started playing it father/daughter. It was a little tricky on the set, but we stripped away all the jargon, and he was a father saving a daughter. “I’m telling you you’re going now.” He immediately played it that way, and then I, as quickly as possible, rewrote it to support that. I thought it was a really brilliant instinctive choice on his part. This isn’t about therapy — “For f–k’s sake, I can’t sit there and let her die.” And I thought, “Oh, yes, our mistake.” But therefore he’s lost his therapeutic neutrality and become a surrogate parent. Once you’ve lost that therapeutic neutrality, it’s like once you’ve slept with somebody, you can’t go back to the way it was.”

Read all of Alan’s great synopses of each week of Season Two .  He did a spectacular job, so be sure to thank him!! 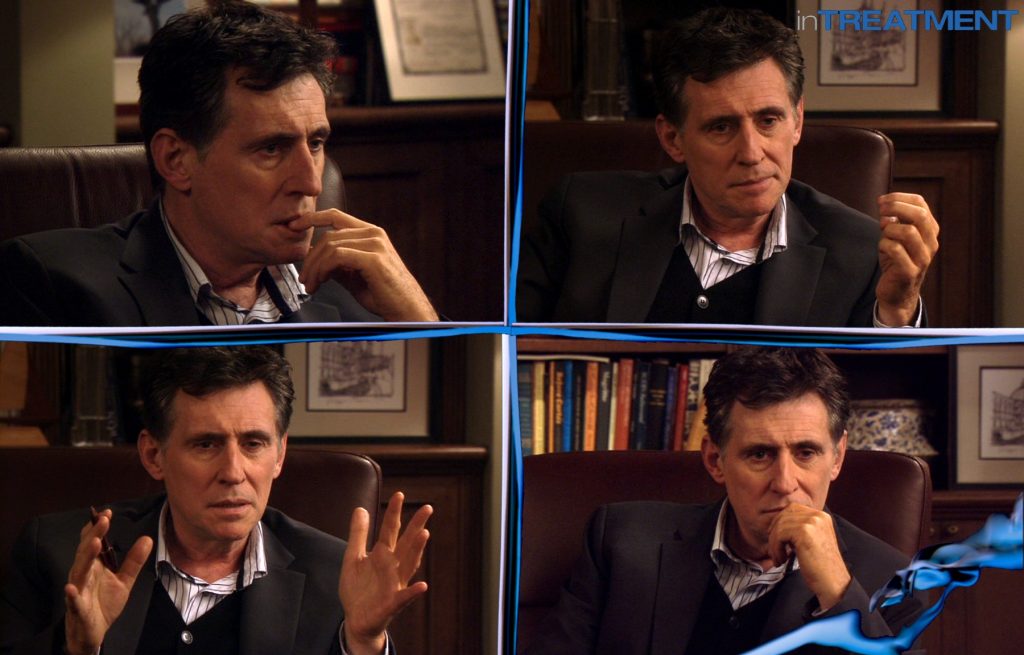 Thanks to Aragarna for her lovely Season Two fan art! heart