Thanks to Lozzie and Kris, here is the first article to directly refer to the In Treatment press conference in New York on July 31.

The Herald.ie article [Please note: this article is no longer available on the web] has some errors (Mr. Byrne is 52? Um, no. Emigrated to the US over 30 years ago? Um, no), but it also offers us this from Mr. Byrne:

But when asked to talk about his much-praised interpretation of the complicated analyst on In Treatment, Byrne is eloquent and thoughtful, eager to give detailed and considered answers to every question, and not reticent in drawing on his own life experience and mistakes.

“When I started, I was a bit resistant of the whole notion of therapy. You know how, in Europe, there’s this idea that therapy is some kind of ‘New Agey’ American thing, even though it originated in Europe with Freud and Jung in the 19th century,” he says.

“But now, when I look over the narrative of my life, I begin to understand how deeply affected I was by my culture, my religion, my upbringing and by my immigration into this country.” On paper, the notion of a TV show set in a therapist’s office with just two people interacting, listening and speaking, may not have sounded that promising, but Byrne infuses the show with his rich theatrical experience, making it compelling viewing.

“To truly listen and be listened to is a form of prayer. What is it that makes one thing compelling to listen to and another thing boring? Therapists I’ve talked to have told me how listening to someone in real time really tests the therapist and I am aware that listening in a dramatic situation is a really different thing. But, of course, doing this kind of work as an actor, recording this show over five months does make you think about yourself. Not that I needed to [be] any more introspective!” he laughs, lightening the mood briefly.

“I wish I was further along the road of self-knowledge, but I’m trying. Surviving is a thing to be proud of. I’m still hopeful about life, about myself and I’m no longer seeking to be constantly happy, because I don’t believe in such a thing. I think it’s delusional.

“I remember an interview with the director John Frankenheimer, where he said he had a better second half of his life than the first half; that he lived better. I’m kind of on that road and it’s about facing up to and accepting who you are. I’m not there 100%.”

I think you are further along on that road than the rest of us, Mr. Byrne.

Be sure to visit the Gallery for images from the press conference! 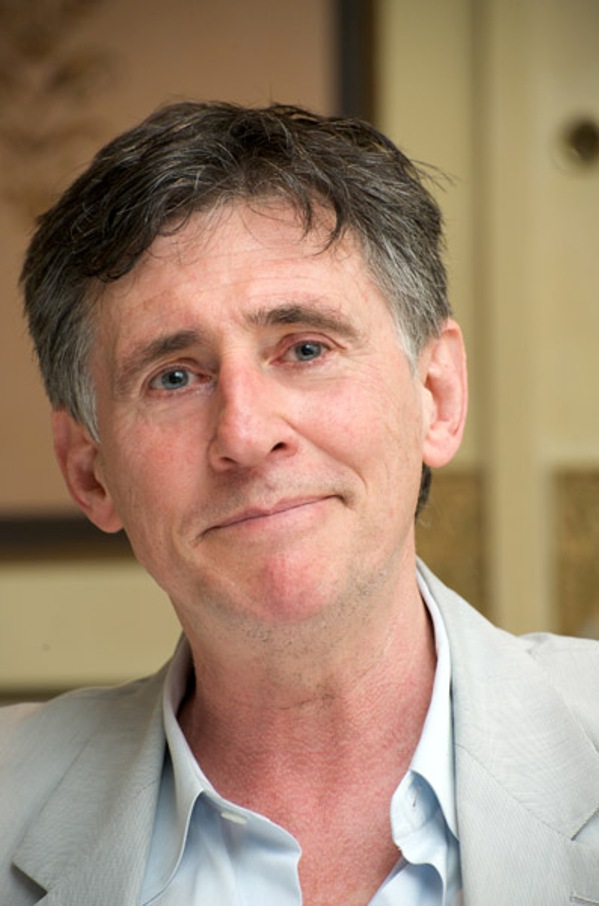 Watch out. I am about to smile.