Good news from Lara: That documentary about Niall Tóibín from last year (which includes a Gabriel Byrne interview and rare Bracken footage) is actually available on demand from TG4 for a short time!

Information about the documentary:

Throughout his long and celebrated career, Niall Tóibín has established himself as an accomplished actor, a superb raconteur, a mordant satirist, a gifted linguist and a pioneer of stand-up comedy in Ireland. He has entertained us now for the best part of half-a-century – but he has also challenged and provoked his audiences. This documentary provides unprecedented access to Niall Tóibín, granting us a unique insight into his professional and personal life. Interviewees on the documentary include Eoghan Harris, Gabriel Byrne, David Kelly, Noel Pearson and Brian Mac Lochlainn.

Most of it is in Irish (or Gaelic) with English subtitles. Gabriel speaks English only. The video also includes the commercial breaks with two different O2 ads featuring his voice.

Many thanks to Lara for her great detective work in locating this film for us! Looks like this streaming video may only be available for a few days, so head on over to TG4 and watch it soon.

And I, Stella, having just viewed it, can say: what a lovely film about an intriguing and complicated man. I think you will enjoy it and listening to the language is a real treat. 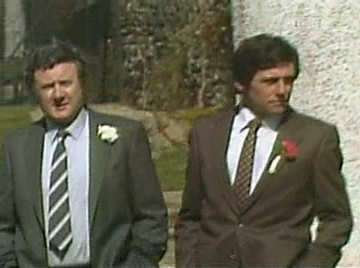