Reviews for IT in the UK: UPDATED

In Treatment crossed the pond finally and now everyone is all aflutter. And rightly so!

First, The Independent is all aglow after episode 1:

Whatever, it’s exceedingly classy drama, reliant almost more on the pitch-perfect acting than on the excellence of the writing. It’s impossible to take your eyes off Byrne’s performance, which is all the more remarkable given that he has so little to say. And George is no less compelling as Laura, to whose problems we will return every Monday, with other patients on other days of the week, and Paul himself pouring his troubles out to his own therapist on Fridays. That should be worth waiting for.

Read the rest of the review. I’m happy that everyone in the UK is finally able to see what they’ve been missing! 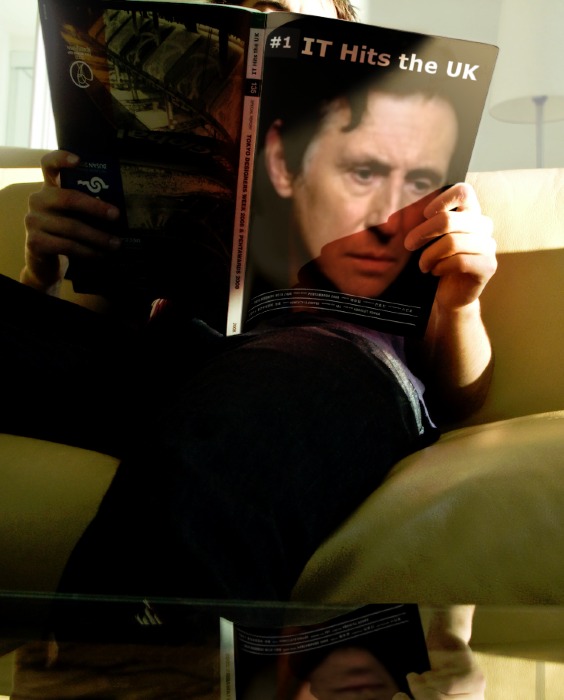 The Times Online, September 20 (behind a pay wall):

In this age of high-concept, all-action Kudos-style TV, where a pause for thought risks a viewer reaching for the remote, In Treatment is doggedly static. You barely leave Paul’s front room in the entire series, yet it is as addictive as a morphine drip.

The First Post, October 6: They are wondering why the BBC did not bring In Treatment to the UK…

British TV viewers finally got to see what all the fuss has been about in America over the HBO show In Treatment when the series aired in Britain for the first time last night. Now there are questions over why the BBC or Channel 4 did not buy the rights.

Irish actor Gabriel Byrne, who plays psychotherapist Paul Weston, can be expected to knock Hugh Laurie, the star of House, off the ‘thinking woman’s male crumpet’ pedestal if the series catches on. But in the relative backwater of Sky Arts 1, there is no guarantee of that happening. 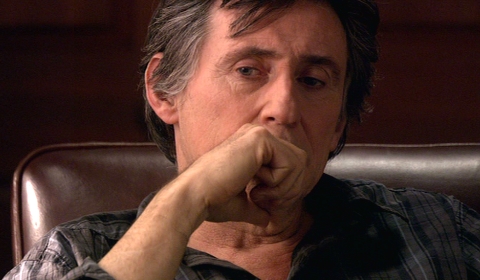 The Daily Telegraph, October 7 [this article is no longer available on the Internet]:

In format, In Treatment is more radical, consisting of a sequence of 30-

minute duologues in which a therapist, played by Gabriel Byrne,

addresses a patient’s travails. Each day is devoted to a different client,

whose story will unfold over forthcoming weeks. It’s intriguing rather

than all-absorbing, but I’m happy to give it time, mainly on the basis of

Byrne’s Dr Weston is a good listener, an intelligent thinker and a man with issues of his own that are beginning to manifest themselves in intriguing ways. Is his wife having an affair? Has he had enough of other people’s problems? Is he on the verge of his own breakdown in spite of the apparently calm outward demeanour?

Such questions were raised in his own session with Gina, who gleefully and provocatively played devil’s advocate to Paul’s concerns and repeatedly irritated him… to the point at which he even questioned his reasons for seeking her counsel again after so long.

But it makes the prospect of Paul’s Friday sessions (In Treatment lasts for nine weeks), all the more intriguing…

In Treatment is, above all else, a showcase of talent – both in conception and execution. It’s disarmingly simple, yet a firm reminder that good quality drama just cannot be beaten. The ensuing eight weeks of therapy promises to be utterly addictive. 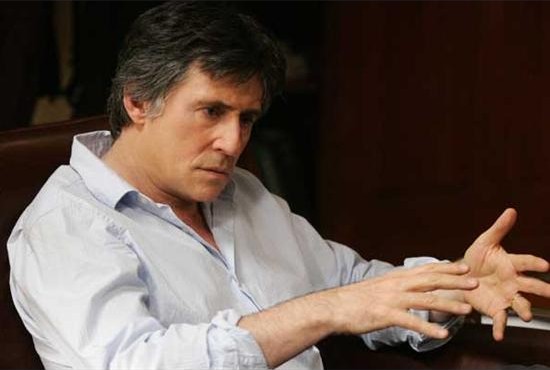 Given the programme’s success in such a crowded TV marketplace, what makes its creator proudest when he looks at back at the first year?

Levi smiles and thinks for a moment: “The fact that, even with all this noise all around them on television, people will listen to two people sitting in a room and talking makes me very happy.”

The acting throughout is stupendous…

Um, anyway, In Treatment is at 10pm weeknights, so make an appointment, if only because the TV subscription costs less than £50 for 50 minutes. And though that Laura may think she is, I really am in love with Byrne.

And it’s absolutely compelling, mesmerising stuff.  The focus is on the acting and the writing, and both are absolutely top-notch.  Gabriel Byrne isn’t my favourite actor: like Ralph Fiennes, he’s always struck me as a somewhat aloof performer.  But perhaps this quality is precisely what’s required for a character who perforce must engage with others while remaining at a distance from them.  And when he cuts loose – as he did this week in the electrifying encounter with Wiest  – it’s thrilling.

…But then, those were my thoughts before I actually saw In Treatment, and I can only assume that the people who decide what to buy in at the Beeb and elsewhere must never have got round to watching an episode, because all my misgivings were blown away within the first few minutes…

And, in the interest of fairness, the one negative review I could find so far:

New Statesman, October 8: I will not quote this poor misguided reviewer. She can’t figure out what color Gabriel Byrne’s EYES are! Egad.

Thanks to Lozzie, Nora, and others for keeping a keen eye out for UK reaction to the show.