Here is the latest Byrne-ing news in the very first Byrne-ing News report, where lots of Gabriel Byrne news items will be noted in one place!

Let’s get serious for a minute: UNICEF Ireland Ambassador Gabriel Byrne proclaims his belief in “Zero”: a day when no children die from preventable causes.

This video of UNICEF Ireland’s “I Believe in Zero” Campaign includes many familiar faces, but one is most familiar to us!

Visit http://www.unicef.ie to get involved today. 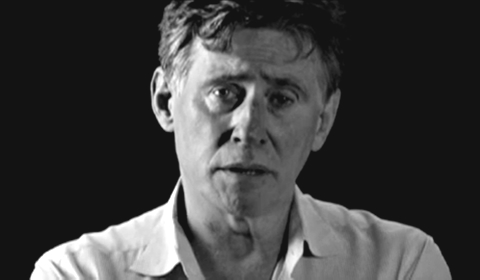 The first video is the Gabriel Byrne Public Service Announcement. The second includes the entire ensemble of celebrities who are supporting the campaign.

Standing next to me was Gabriel Byrne.  When it was over Gabriel said hello and we talked for a while.  Also very charming and said that the place where my grandfather was born was the place he used to drive to as a young man in hopes of a little something.  He indicated that he would be back with ‘In Treatment.’  That’s great news.  I love that show.

Read more of his comments on this lovely event, at which writer William Kennedy received the award, and check out the portrait he has done of O’Neill.  Thanks to Riitta for the heads up on this article.

Glamour Magazine reported on a poll run by UK’s Daily Mail which set out to discover just which accent in the world is the sexiest. Hmmm. We could have told them a poll was not necessary. And indeed, the sexiest accent in the world has turned out to be…wait for it…yes, the Irish Brogue! The article includes a lovely picture of Gabriel Byrne from the Emmy Red Carpet event. Nice of them to choose him as the standard bearer for Sexy Irish Accent. Check out the article and thanks to Kris for this lead!

You may think you know who Gabriel Byrne is, but in Las Vegas  “Gabriel Byrne” is apparently a large tortilla stuffed with sausage, ham, bacon, scrambled eggs and cheddar cheese.

Cue Twilight Zone music? Call your cardiologist for a cholesterol check? No, just peruse the breakfast menu at Murphy’s Law Tavern in Las Vegas, Nevada. You will find a bunch of your favorite Irishmen on the menu. I’ve always wanted Gabriel Byrne for breakfast . . . oh no, I didn’t say that. Yes, I did. Sorry.

Last but not least

Mr. Byrne was spied leaving a local gym in Brooklyn this week. Speculation abounds, but I think he was just there visiting a sick friend… wink