Thanks to Lara and Lozzie and other intrepid Byrneholics for keeping us all updated on our peripatetic Irishman!

Here is all of the Byrne-ing News to close out the year.

Gabriel Byrne contributed to the Winter issue of the quarterly review, Studies, which was released December 7.

The Winter 2009 issue of this influential publication was launched in the IHF (Irish Hospice Foundation) by RTE’s Michael O Muircheartaigh.

Published quarterly by the Irish Jesuits, Studies examines Irish social, political, cultural and economic issues in the light of Christian values, and explores the Irish dimension in literature, history, philosophy and religion. In this issue of Studies, a range of contributors…consider aspects of dying, death and bereavement.

Mr. Byrne’s article is is entitled  “Planning your death while alive”.  He is a supporter of the Irish Hospice Foundation and patron of the Forum on End of Life in Ireland.

Gabriel Byrne appeared on The Late Late Show in Ireland once again and once again set off a bit of a controversy: apparently he noted there is no Santa Claus! His primary topic was quite serious, of course, so perhaps he decided to lighten things up a bit by ruining Christmas for children everywhere. What?!!?

[The video that was once available at the series website is no longer there, as of October 2017.] 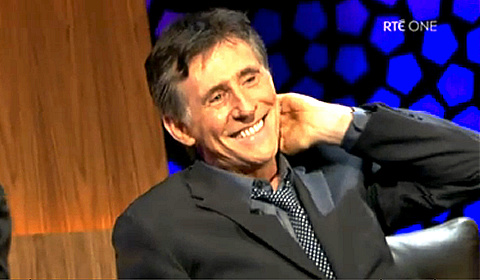 Some Tweets about the show and the Santa Claus Incident (I usually don’t do this, but these are priceless):

“Another one of my crushes! Gabriel Byrne! Hubby NOT enjoying the line up tonight.”

“oh gabriel byrne, you should be on tv every night.” [Stella notes: AGREED!]

“Gabriel Byrne just said there was no santa claus….what does he mean?”

“Gabriel Byrne – shame on you! There IS a Santa Claus!”

I applaud Mr. Byrne’s honesty and candor. I just knew there was no Santa Claus! tongue

The nominations for the 2009 Golden Globes will be announced December 15.

Screen Actors Guild award nominations will be coming out in January, 2010.

Conversations at the Áras

Joe Duffy presents a series of programmes hosted by Mary McAleese at Áras an Uachtaráin in which guests discuss a range of issues and themes relevant to Irish life today. Guests include Gabriel Byrne, Maeve Binchy, Mark Pollack and Emma Farrell. This airs on RTÉ Radio 1, Saturday 28 December to 1st  through January, 1.30pm.

This series occurs towards the end of December and we don’t know exactly on which day Mr. Byrne will appear, but we hope for more details to be available soon.

Why is this so exciting? Mary McAleese is the President of Ireland and the Áras an Uachtaráin is her official residence! Now that’s grand!

The Meaning of Life

Gay Byrne, legendary Irish radio and TV presenter, has  interviewed Gabriel Byrne for his TV series The Meaning of Life. The episode with Gabriel should air in January on RTÉ One.

And that’s the Byrne-ing News for now. There will be a posting about the Golden Globes on Tuesday because I’m a cock-eyed optimist! 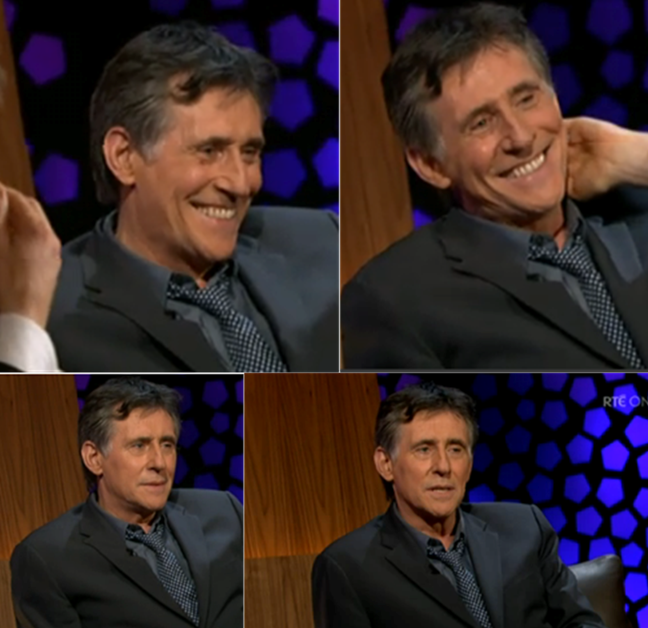 Virginia, Mr. Byrne has some news for you…

And thanks to Aragarna for these lovely pictures!

Leave a Reply to Windhover Cancel