Photographer Barry McCall, known for his work in the fashion world, has done something really magical.

Rather than publishing a retrospective of his photographs over the past 20 years in fashion and portraiture and raking in the proceeds that such a book might yield, he has instead created a lush coffee-table book and is turning over all revenue to the the Irish Society for the Prevention of Cruelty to Children (ISPCC). How cool is that?

“This book is a selection of some of my favourite shots from the past twenty years as a photographer” said Barry, “and I am thrilled that the images, which have been such a joy for me to capture, will now also be benefiting such a worthy charity.”

The book was released on October 9 with much fanfare and a book signing at Brown Thomas in Ireland.

As you might guess, it seems there are several pictures of Gabriel Byrne included in the book. A definite incentive for Byrneholics, of course!

Read more at Photographers.ie (where you can also watch Barry on The Late Late Show).

We hope to provide you with some of Barry’s thoughts on this project, so stay tuned.

Congratulations, Barry, on the past 20 and here’s looking forward to the next 20! 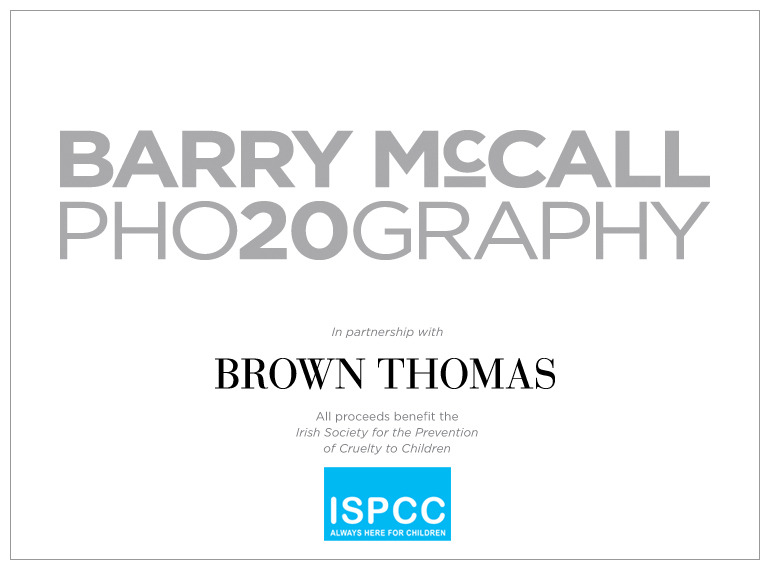 Barry McCallfundraisingIrelandIrish Society for the Prevention of Cruelty to ChildrenISPCCPho20graphyphotography