Stories From Home at the Boston Irish Film Festival 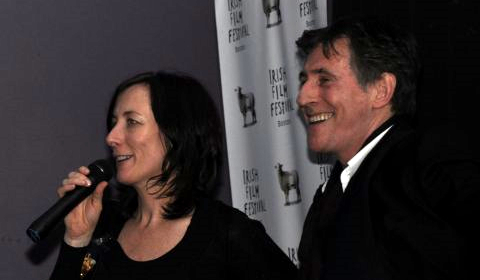 The Somerville News gave us a peek at the evening and the film as well:

Taking the tone of both a retrospective and a testament, ‘Stories From Home’ was presented to a small viewing at the Somerville Theatre for the Irish Film Festival on Friday, March 26th – it was intended to be the last screening of the film, which has yet to be released to a wide audience despite a limited-release in 2008. In a manner reminiscent of Leopold Bloom in Joyce’s ‘Ulysses,’ Byrne walks through the times of his life on an ostensible mission to seek out truth. During this journey, we are treated to an eclectic and often fractured world of a man who lives in the small village of ‘Fame,’ as he calls it. As Isobel Stephenson seamlessly splices Byrne’s journey in a supreme effort of editing, cutting back and forth between time, from his early career to the present, and place, Hollywood, New York City and Ireland, a brilliant tapestry of a man’s life takes shape.

Gabriel Byrne attended the viewing and answered questions from the audience afterward. The audience responded warmly to Byrne’s sincerity, who admitted that he had made the film in order to leave a portrait of himself to his family through the generations. While initially reluctant, Byrne said that if the audience can support him like they have after watching his film, perhaps a wider release is possible. A second screening of the film occurred on Sunday.

Gabriel Byrne: Stories From Home is an amazing journey of a film and more people should have an opportunity to share that journey. Kudos to Mr. Byrne for making it and for being willing to take the risks involved in such endeavors. It cannot be easy, but it is certainly worth it–for us, and hopefully for him, too. 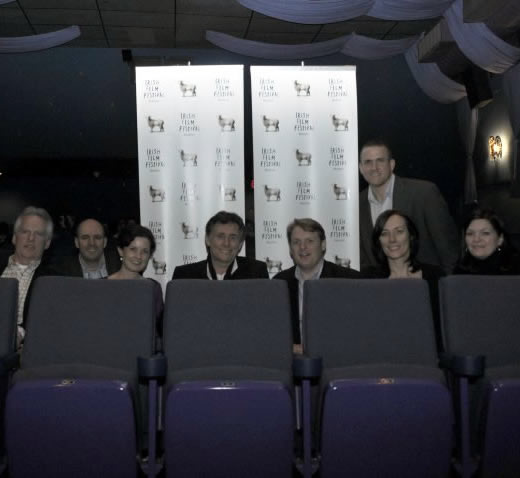