Rob Lord is a film and television composer. Regarding I, Anna, he’s just noted on his blog today that:

I worked on music for a scene from the film that was taken to this year’s Berlin Film Festival by the director and producers. The project received more interest than any other film at the festival by quite a large margin and because of this was featured on the front page of Variety Magazine. All is going well with pre production and filming will begin later this year. More news when I have it.

You can read more at the link above but I quoted almost the entire posting already…So, visit his complete website and listen to some of his music (under the heading “Showreel”). His website is small but amazing. And it’s so good to hear this news about the film! 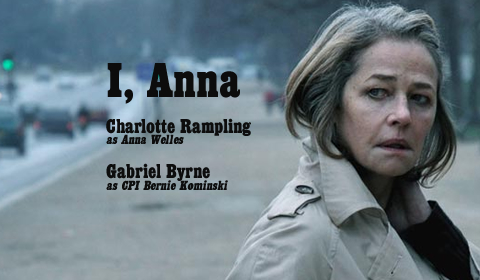 Director and producer Barnaby Southcombe of Embargo Films is currently seeking financing to co-produce his new project, the film I, Anna, featuring Charlotte Rampling (Southcombe’s mother) and our very own Gabriel Byrne, as previously reported on Byrneholics.

The script, written by Southcombe, is based on the US novel I, Anna, by Elsa Lewin. The book was first published in New York by The Mysterious Press in 1984 and republished in the UK by Serpent’s Tail in 1990. Interestingly enough, Dr. Elsa Lewin is a psychoanalyst in New York.

Gabriel Byrne’s character is Detective Chief Inspector Bernie Kominski, described as “an insomniac dazed by the prospect of divorce”, who will follow Anna Welles, a femme fatale suspect in a brutal murder. Filming locations in London include Vauxhall, Pimlico and Southbank. Read the official synopsis of I, Anna below!

Apparently Southcombe has already filmed a few scenes to showcase I, Anna to potential financial backers. Gabriel Byrne and Charlotte Rampling reportedly filmed a scene together earlier this month in London.

A man is found bludgeoned to death in a London apartment block. DCI Bernie Kominski, an insomniac dazed by the prospect of divorce, is first on the scene, but distracted from his duties by a brief encounter with a striking and enigmatic woman. Going through the motions of the case, Bernie’s thoughts return to the woman, Anna Welles, whom he tracks down and follows. When they finally meet at a singles’ party, the mutual attraction is instant, though Anna has no recollection of Bernie, or of the night they first met. As Bernie’s professional judgment battles with his desire for intimacy and love, the mystery deep within Anna’s mind finally unravels, revealing a truth too painful to bear. 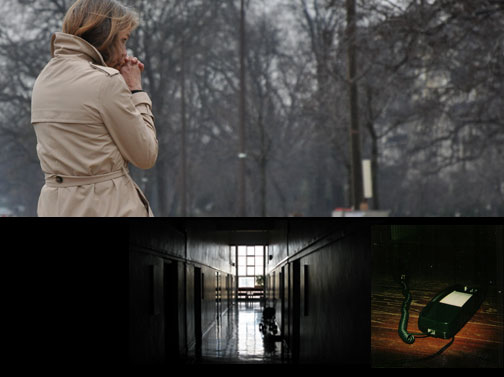 Charlotte Rampling as Anna Welles in “I, Anna”

More pictures are in the Gallery.