One for All – d’Artagnan!

Gabriel Byrne has no fear of portraying icons.

He has essayed several well-known historical figures, including Uther Pendragon, Christopher Columbus, Lord Byron, and Friedrich Bhaer (yes, the Professor is fictional, but still an icon, as any Louisa May Alcott fan will attest). And he has played iconic types as well: the pirate, the cowboy, the soldier. Before he went on to two of the greatest iconic roles he would ever portray–the priest and the Devil–he donned the musketeer’s uniform and brought us one of the most enduring of literature’s romantic figures: d’Artagnan.

While the critics generally do not have kind words for The Man in the Iron Mask as a film, they are almost unanimous in their praise for Gabriel’s portrayal. His gravitas in the role gives the entire film much needed heft and, as Roger Ebert observes, his d’Artagnan is the most convincing character on the screen. We can say what we might about the cobbled-together back-story and the presence of two Leos. Fans will tell you: this d’Artagnan is the heart of the film and he keeps us engaged when the story becomes convoluted or the swashbuckling lacks swash.

And now, just in time for the release of our new Byrneholics Mega Movie Page, the film will be available in a Blu-Ray/DVD combo package in May!

So, sit back and enjoy the screencaps, videos, historical analysis, reviews, a personal story, and all of the great content we have collected here in honor of The Man in the Iron Mask and its conflicted, tragic, and oh so romantic hero, d’Artagnan. 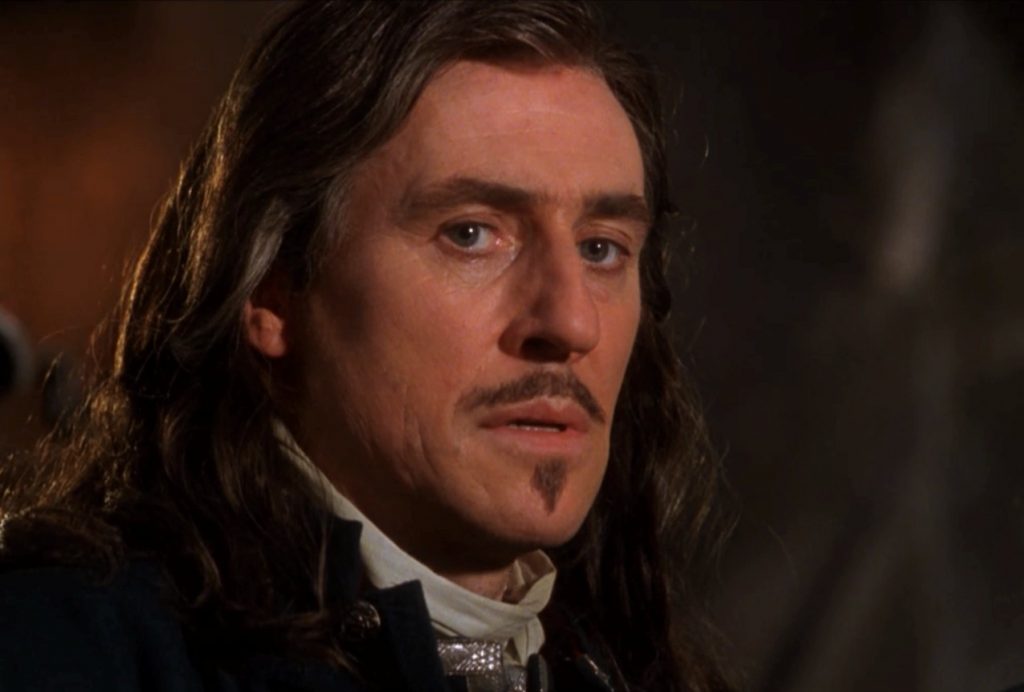