He commands the screen as Uther Pendragon, a role that is brief but pivotal, his almost raw physicality and urgent emotion a stark contrast to the subdued and eccentric Merlin. An auspicious beginning to a fascinating career, Gabriel’s work in this film also presages his future decisions to work with great directors on intriguing projects, whose themes seem sometimes obscure or esoteric. His work is always singled out in these films, however, and none is more deserving of notice than this first role in what is now considered a classic of sword and sorcery. 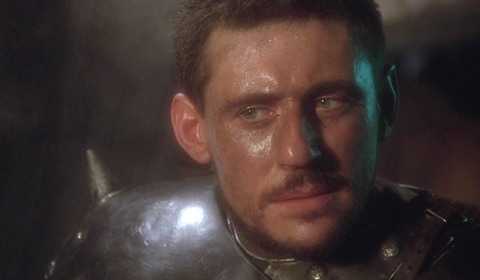