What a year it has been for you!

You followed your Golden-Globe winning performance in the first season of In Treatment with a second season that, in many ways, surpassed it, with its sharp story-lines and enthralling acting. You took Paul Weston to the next level, no doubt about it, and Season Three has us all poised for fireworks. Gabriel Byrne: Stories From Home made its way around the festivals to much acclaim and admiration (no matter what you might think–everyone loves it!). Your plans to make, not one, but two intriguing films in the near future have created intense anticipation and excitement. And to top it all off, you have become the first Cultural Ambassador for Ireland!

Whoever said life took a more leisurely pace when one reached sixty? They have obviously never met you.

In addition to all of these obvious achievements, you have touched the hearts and souls of so many of your fans, who appreciate your warmth, candor, and honesty, and who root for you as you take on more challenges and projects in the future.

So, breithlá sona duit, mo ghrá (if I may be so bold), many thanks, hearty congratulations, and cheers to you on your birthday. Welcome to the Silver Fox Years, Mr. Byrne!

Thanks to Aragarna for the lovely filmstrip image. Here is the original: 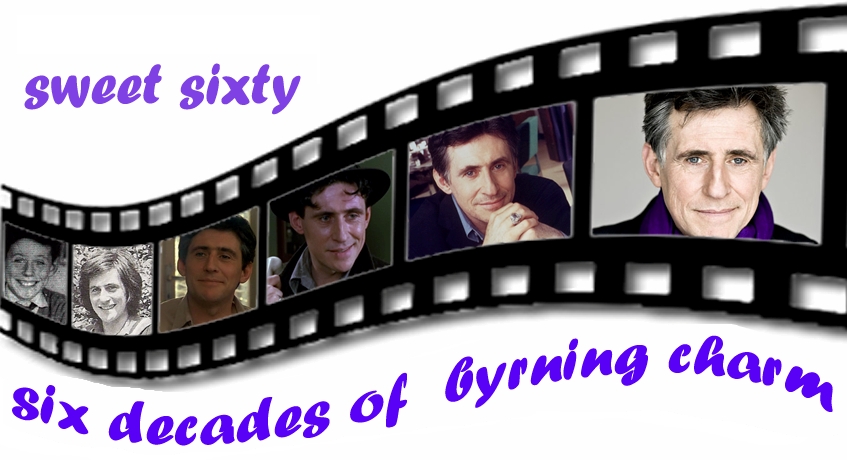