We thought he was holed up in a soundstage somewhere in NYC, a “sweatbox of the arts,” as Fred Astaire famously called it, creating the next season of In Treatment, polishing his Paul Weston impersonation and bringing new stories to life.

Well, he is making In Treatment, we know, but he is also busy doing a lot of other very interesting stuff!

Item 1: The PRNewswire [the link to this press release is no longer available] (and lots of other sources now) reports:

The films will be presented as part of OWN’s monthly documentary film club, along with the original acquisitions LIFE 2.0 and SONS OF PERDITION.  The documentary club will spotlight these films and the previously announced FAMILY AFFAIR, focusing on cinematic documentaries that encourage emerging creative voices to bring their stories to a mainstream television audience on OWN.

Executive producers Gabriel Byrne and Leora Rosenberg, producer/director Steven Cantor and Stick Figure Productions present TENT CITY, a documentary exploring homelessness in Nashville, Tenn.  With the economic recession, a growing number of people are finding themselves in a position they never imagined, homeless.  TENT CITY  explores a community of nearly 100 homeless individuals who live under a downtown bridge.  The group is self-sustained and self-governed.  They work to stay together after a devastating flood destroys their land and forces them to evacuate.  As a result of the disaster, for the first time in Nashville history, the municipally run Homeless Commission has opened one seat on its council to a resident of Tent City.  This opportunity will allow the winning Tent City individual the chance to spearhead the search for a new location.  TENT CITY will follow the four candidates as they vie for election and the process of moving the camp and keeping the community together.  “Shelter and home are the most basic human and fundamental human rights, yet increasingly in one of the world’s wealthiest societies, more and more of us are losing our homes.  How we address this social epidemic may very well determine our future.  This isn’t an abstract concept but a reality millions of Americans confront every day.  Our sons, our daughters, our fathers and mothers are the homeless,” says executive producer Gabriel Byrne.

Apologies for the incredibly long quote from the original story, but this news just had to be shared in its entirety! Kudos to Mr. Byrne for his commitment to independent and documentary film and his always keen interest in shedding light on “the human condition,” here in the United States and away in Ireland. It will be interesting to see how Oprah’s new network develops. 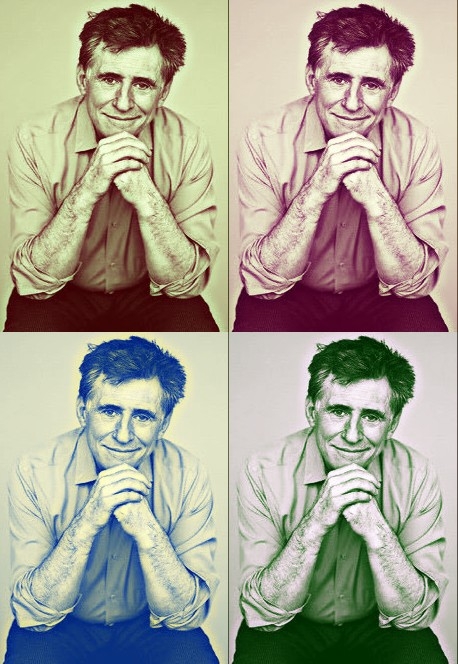 Item 2: Gabriel Byrne is an official Huffington Post blogger. How cool is that!? For his first foray into the blogosphere, he has provided a review of the new book by Sam Kashner and Nancy Shoenberg, Furious Love: Elizabeth Taylor, Richard Burton, and the Marriage of the Century.

A shorter quote this time, about the young Richard Burton on his way up:

He left soon after, in a third class carriage to join the Royal Air Force (the war had come), and then Oxford, and later The Old Vic Theater. He returned a film star in a red sports car earning more in a week than his father did in his life. He was cock of the walk, young and easy, lauded and honored, a prince of the apple towns. Drink flowed, and those sky blue days, and he wooed whomever he would with his wicked eye, and all the girls fell nine pins down, in the words of Dylan Thomas.

There was rugby, and parties and Hamlet and Winston Churchill who came back stage at interval. “May I use your lavatory my Lord Hamlet?” growled the old bulldog. But even then, Burton was beginning to question who he was.

This review actually sets the stage for the book. It is part first-hand reminiscence, part well-known Burton/Taylor history told through this particular Irishman’s eyes. And it is beautifully written. 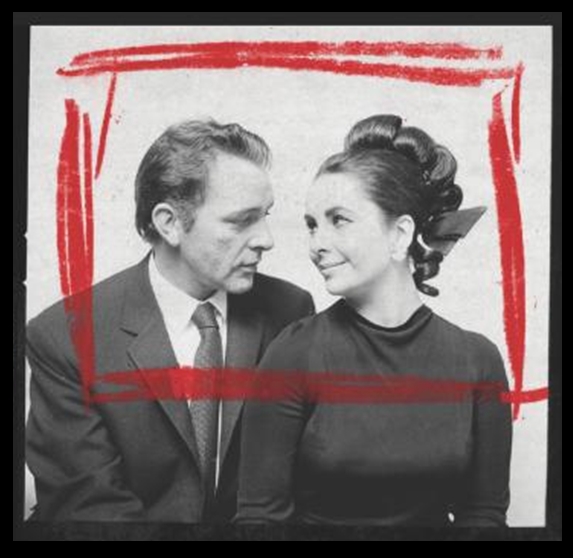 Detail from the cover of Furious Love

Read the entire blog posting and a bit about the newbie blogger. You can even subscribe to his RSS feed!

The book is available at Amazon.com, of course.

Byrneholics everywhere are waiting patiently for the next installment of Mr. Byrne’s autobiography and we are wondering if perhaps we are seeing a tiny taste of it here…