Lots to read as Season Three continues to entrance us, so settle down in your favorite chair, grab a cuppa your favorite beverage, find your glasses, and get going! The next episode will be on before you know it! wink

Reading Assignment for IN TREATMENT Season Three, so far:

The asterisked (***) entries are really good, so be sure to give those a look.

The Signal October 29: In Treatment Season Three: Week One, by R. Lackie

***The Times of India October 28: Irrfan talks to TOI about working with Gabriel, his recent tryst with Ang Lee and more 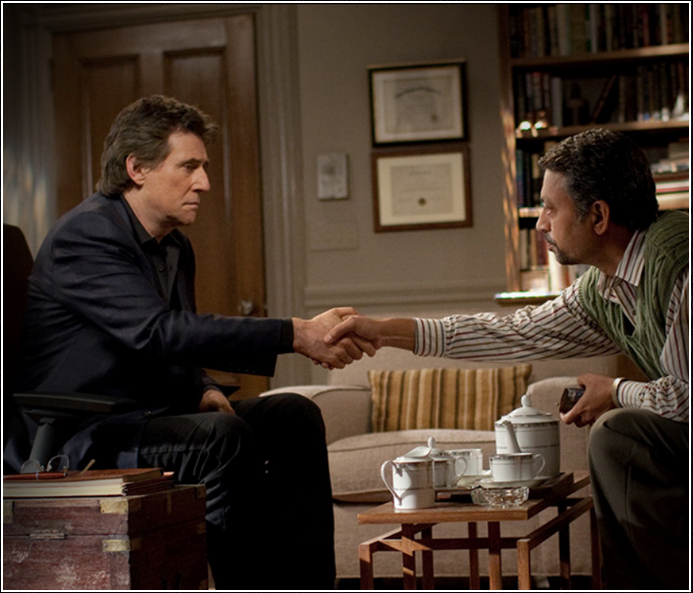 A Soft Voice in a Noisy World: making the best of a life with Parkinson’s disease Oct 26: Is HBO Making Early Onset Parkinson’s Disease A Prime Time Topic?

***Time: Tuned In October 25: Back In Treatment, by James Poniewozik 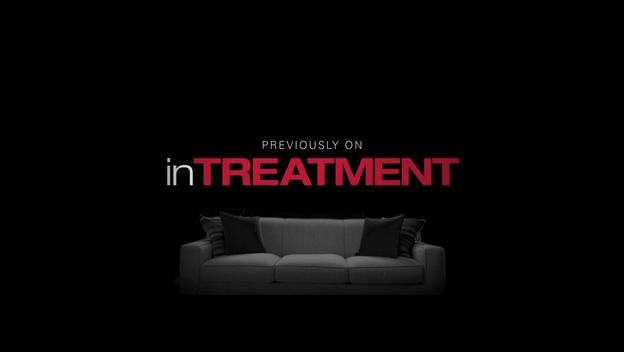 ***TV Squad October 25: In Treatment Season 3 Review: The Therapist will See You Now, by Maureen Ryan

[Note: the full text of the article is provided here because it has disappeared multiple times and may someday be gone forever!]

The third season of HBO’s shrink drama “In Treatment” is the first not lifted directly from the original Israeli series “Be’Tipul,” which ran for only two, and the difference shows almost immediately. Although still following the original conceit — each week, a series of patients visit psychotherapist Paul Weston ( Gabriel Byrne) in half-hour episodes, while in the last, Paul visits his own therapist (played for the first two seasons by Dianne Wiest) — this season is more noticeably American, not only in terms of the patients and their issues but also in how they so clearly reflect the issues Paul himself is facing.

There are only three patients this time around, and their stories, written by executive producers Anya Epstein (“Tell Me You Love Me”) and Dan Futterman (“Capote”), offer a thematic cohesion that seems richer, though perhaps more familiar. More important, the show remains a rare and wonderful opportunity to watch fine actors work their way through excellent material, earning it consistent praise and HBO’s commitment, despite low ratings.

Now living in Cobble Hill in Brooklyn, Paul is still a mess, brooding about his health and abandonment issues, though he does now have a young girlfriend. On Monday, he meets with Sunil (Irrfan Khan), a widower brought to New York from his home in Calcutta to live with his very Westernized son, his tightly wound wife and their two young children. If anyone can out-mourn the splendidly mournful Byrne, it’s Khan. With a flick of his eyelids, he takes Sunil from a hostile alien depressive to a sophisticated man in an untenable situation. Through his story, we see not only the chasm between cultures but also the universal struggle of grown child and aging parent. He and Paul connect not only as non-Americans but also as men who feel their grasp on destiny growing weaker with each passing year.

Age is an issue with Tuesday’s patient as well. Frances, a self-described former star played by Debra Winger, has returned to the stage, only to find she can’t remember her lines. She’s also coping with a dying sister, a broken marriage and a scornful teenage daughter. Winger, who famously retired at 40 because, she said, there were no roles for women her age, brings a welcome subtlety to her performance. Though her Frances is insecure and narcissistic, there’s no “Sunset Boulevard” scenery chewing, no entourage or “darlings,” just a nervous habit of referencing old movies that is both ridiculous and totally believable.

Also playing mercifully against type is Dane DeHaan, a young actor with a big future. (One of the best things about “In Treatment” is the opportunity it offers young stars to do serious acting — in Season 1, it was Mia Wasikowska; in Season 2, Alison Pill.) His Jesse is a high school student who believes his adopted parents hate him because he is gay. A far cry from the saintly, brave gay kid currently in rotation, Jesse is sweaty and pale, bitter, abusive and manipulative — his therapy was offered as an alternative to expulsion after he was caught selling his Adderall. With nothing to offer but his very real pain, Jesse is a parental worst-case scenario, testing the limits of care and forcing Paul to face the relationship he has with his own son.

It is this conflict that sends Paul into therapy with Adele, played by a powerfully still Amy Ryan. Though he visits her at first to get an Ambien refill, he returns despite Adele’s youth and his self-aggrandizing belief that he is beyond aid — if Gina (Wiest), now a novelist, couldn’t help him, no one can.

Despite its ramped-up and often absurd portrayal of therapy — many therapists feel about “In Treatment” what doctors feel about “Grey’s Anatomy” or “House” — “In Treatment” takes its subject seriously. Paul may feel disgust with his own profession, or suspect he isn’t really helping anyone, but he believes in the power of talk therapy. Even as he argues and interrupts, he, like many of us poor, struggling mortals, yearns for, if not answers, then illumination, if only fleeting — just one small, sharp shaft of light cutting through the seemingly interminable dark.

Which is precisely what “In Treatment” continues to provide as well.

New York Post October 25: Latest Issues: In Treatment: Something old, something new, someone troubled, someone blue, by Linda Stasi 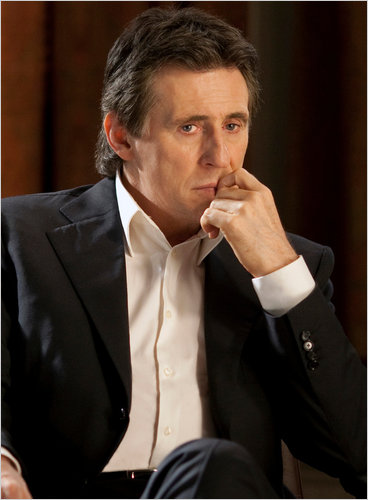 This picture is so good we used it for our Forum Badge!

***New York Times October 24: The Doctor is Back in Session on HBO, by Alessandra Stanley

***New York Magazine October 24: All Ears: How Gabriel Byrne turns listening into elequence on HBO’s In Treatment, by Emily Nussbaum 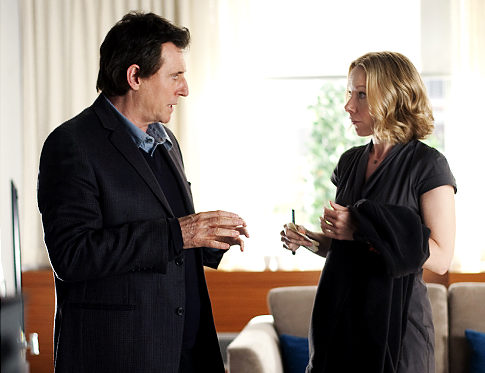 TampaBay.com October 24: Amy Ryan finds new challenge on HBO’s In Treatment, by Eric Deggens [This article is no longer available at the Tampabay.com website]

***Salon October 23: In Treatment’s darkest season yet, by Heather Havrilesky (with recaps from subsequent episodes)

Jung At Heart, a blog about psychotherapy by Cheryl Fuller  October 22: In Treatment, Season 3 (includes recaps of subsequent episodes and LOTS of analysis!)