So far, we have provided casting information as it has become available and a bunch of teasers (some produced by us!) for the new season of In Treatment.

Spoilers are not the done thing here at Byrneholics, but if you are interested…

Paris Barclay is directing all of the first week’s episodes.

For some reason they omitted Gabriel Byrne as Executive Producer, but this has been announced elsewhere, as we know.

There will be more about the writers and directors in later postings, so stay tuned!

Fans of In Treatment are very familiar with Hagai Levi and Paris Barclay (and Rodrigo Garcia and Warren Leight) from the first two seasons. These executive producers, directors, and “showrunners” were often in the limelight as they promoted the show.

So, what about husband-and-wife team Danny Futterman and Anya Epstein, new exec producers for Season 3?

You know Danny Futterman as an actor and as a writer. He has starred in such films as A Mighty Heart, Urbania and The Birdcage, and in Judging Amy and other series on television. He wrote the screenplay for Capote and received an Oscar nomination for it. And he appeared on Broadway in Angels in America. And… well, you get the picture: he has done just about everything and now he is show-running the third season of In Treatment.

Anya Epstein was the producer for Tell Me You Love Me (another HBO show about therapy) and also wrote some of the episodes. She served as staff writer, editor, and eventually producer on the great series Homicide: Life on the Street. And she already has an Oscar tucked safely away at her family home,  courtesy of her grandfather and her great uncle, the Epstein brothers, who gave us Casablanca.

These two have a great deal of writing and acting experience between them, as you can see. 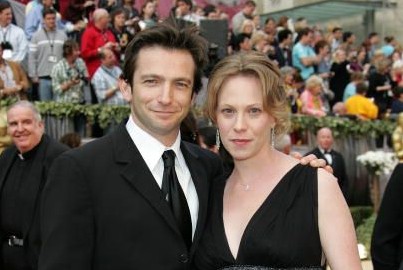 About executive producers (this is interesting because Gabriel Byrne is also an EP on the third season of In Treatment), Wikipedia tells us that the role of executive producer for a television series is an important role indeed:

Usually at least one, but not necessarily, executive producer is the “chief executive” in charge of everything related to the production of the show. It is the highest ranking individual who is responsible for the development and daily management of the show. While in the film industry an Executive Producer is usually in charge of financing the project, in television the entire weight of the production rests with the Executive Producer, who is also known as showrunner. Show creators are automatically given the title of executive producer, even after they depart the show. Executive producers can also be head writers.

And sometimes actors in a television series become executive producers of the show in which they star. This affords them the opportunity for creative input and some creative control.

You can view the complete list of the cast and crew for In Treatment at IMDB. And you may notice that Season Three appears to have 42 episodes…

To intensify the waiting (!), remember to take a look at Aragarna’s lovely IT2 wallpapers. They are in the Flickr stream on the main page. Thanks, Ara, for the blue wavy thing!