In Treatment Season 3 Recaps and Discussions

Updated November 19: I forgot my favorite source of recaps!

Recaps by Todd VanDerWerff are lengthy, insightful, and have tons of comments. Todd goes into a great deal of detail and makes astute observations. He also conjectures about where the stories are going. Of all of the recaps, his are the most in-depth and contextual.

Here is a sample paragraph of a long posting, dated November 16:

Season three of In Treatment, then, is slowly pulling back this curtain, revealing more and more that Paul maybe isn’t as good of a therapist as he’d like to be. He’s gotten a little lazy and lost his passion for his work. He can’t seem to steer patients as steadfastly as he used to. His own personal issues and problems are beginning to overshadow everything else, and there’s a part of him that wishes he could just check out, take off on the miniature ship he keeps around to remind him of what he once cared about and travel the world for years on end. Paul’s an outsider, indeed, rather a born one, and where the previous two seasons suggested that this outsider sensibility helped him be a better therapist, helped him do the things other doctors just might not do, this season suggests, more and more, that his being trapped outside of a vibrant, rich life has hurt him more than he’ll ever know and that that hurt may have spread to his patients, even as he was completely unaware. To its credit, season three is engaging directly with these questions, even if it makes the main character seem like less of a saint.

Todd is the In Treatment recap king and I recommend him to you as a way to extend your understanding of the show and to increase your enjoyment as well, because sometimes understanding what’s going on a little better just makes it more fun (if we can say such a thing about therapy…)!

In addition to the Byrneholics Forum, there are lots of places to discuss the latest season of In Treatment. Here are some of the best options for getting a little talk therapy:

Talk Therapy at HBO.com: Boston Institute for Psychiatry members commenting on In Treatment [Please note: the Talk Therapy webpage is no longer available]

Our members Rachel Seidel and Randy Paulsen will be participating in a  panel on the HBO series, “In Treatment,” under the auspices of  the Boston Institute for Psychotherapy,  planned for April 10,  that will also include psychologist Joe Shay and Justin Richardson, the  series’ psychiatric advisor. We will later be distributing an announcement of that program.

More immediately, HBO has just invited Rachel, Randy and  Joe Shay to preview the remaining four weeks of the show and write commentaries on each to be aired as a blog on HBO.com the mornings after the shows run, i.e. Tuesday and Wednesday mornings. 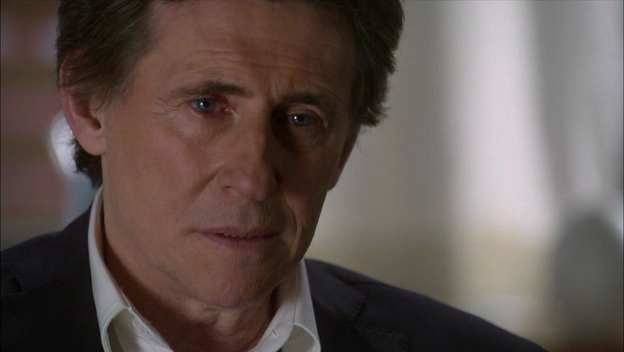 Great recaps, with a lot of insight and darned good writing from Juliet Waters. And some discussion. But mostly great recaps.

Z on TV, at the Baltimore Sun

David Zurawik really likes In Treatment and he gets people to talk about it, too. A lot. His recaps are more  observations about specific elements of each episode than they are outlines and he throws in his own opinions and reactions–this is more like a personal journal, and that’s just what we need sometimes!

Thanks to Diba for the thuddingly-good screenshot.