Welcome Back to the Couch!

The word is out! 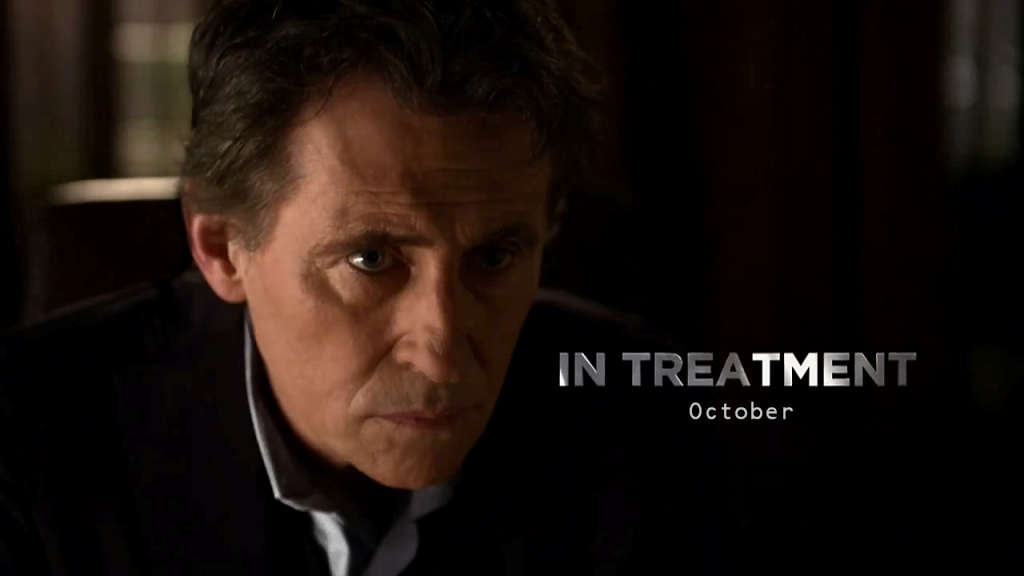 Check out the HBO In Treatment Facebook page and be sure to Friend In Treatment now and join the 50,000+ other IT fans! 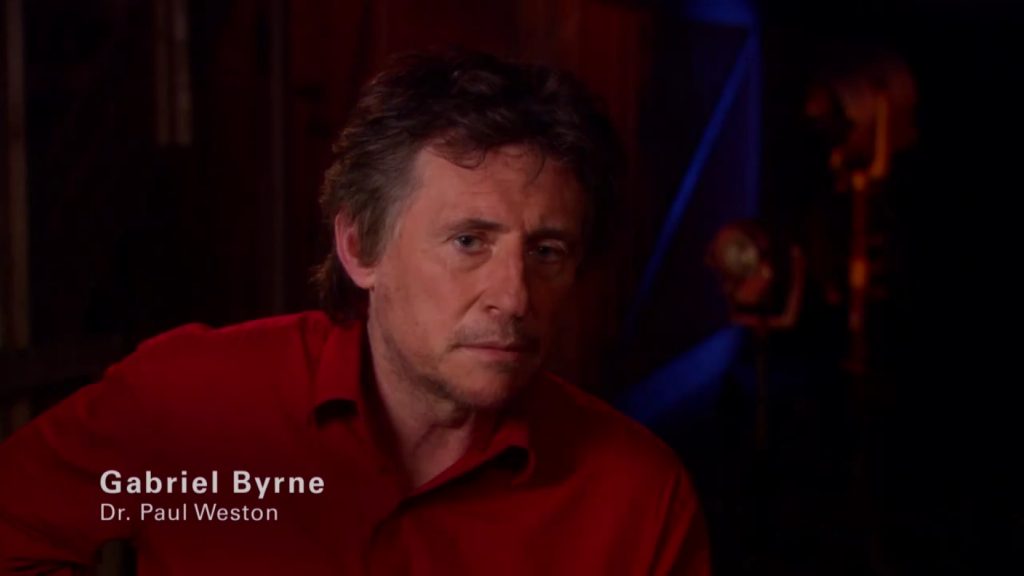 Behind the scenes in the red shirt…

Check out the updated In Treatment homepage at HBO: lots of gorgeous pictures and a very sad version of the In Treatment Forum (ah, the good old days!)

“This year, the number of episodes will be scaled down to four: three patients, played by, in order, Irrfan Khan, Debra Winger and Dane DeHaan; followed by Amy Ryan as Paul’s new therapist.

The episodes will air in pairs, with Kahn and Winger on Mondays from 9-10 and DeHaan and Ryan on Tuesdays from 9-10.

The husband-and-wife team of Dan Futterman (actor-turned-Oscar-nominated-writer of “Capote”) and Anya Epstein will be the new showrunners, taking over for Warren Leight, who himself took over for season one’s Rodrigo Garcia.”

Alan’s commentary on the previous two seasons of In Treatment was exemplary: thoughtful, insightful, well-written, and illuminating. His interview with Warren Leight was particularly revealing, noting, as it did, the creative process going on behind the cameras and the decision-making and serendipity involved in tailoring the scripts.

Alan’s In Treatment postings at his previous site

An elated Irrfan says, “I can’t tell how exciting it was to shoot with an actor like Gabriel. My time in New York was absolutely delightful.

The Atlantic/Kevin Fallon: 12 TV Shows You’re Not Watching But Should

Don’t be scared by its unusual format (often, “the screen is shared by just two actors for an entire episode”): Gabriel Byrne’s show about therapy is “one of the finest acting showcases in television.” 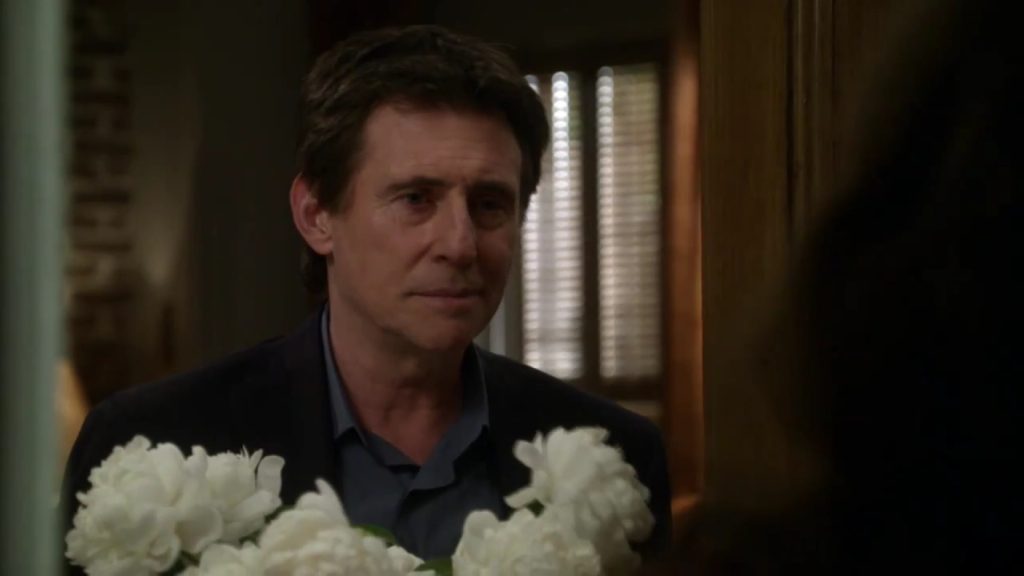 Playbill [this article is no longer available]

A reminder about the stage experience of so many of the actors and creative staff for IT3:

Stage and screen actor-writer Dan Futterman (Angels in America, Further Than the Furthest Thing, Oscar nominee for “Capote” screenplay) will serve as co-executive producer of this season of the series with his wife, Anya Epstein.

Ryan received Tony Award nominations for her work in A Streetcar Named Desire and Uncle Vanya. A cast member of the “Capote” film, she has also appeared on “The Wire” and in the film “Gone Baby Gone,” for which she took an Oscar nomination.

Winger, an Oscar nominee for “Shadowlands,” “Terms of Endearment” and “An Officer and a Gentleman,” appeared Off-Broadway in The Exonerated and at Boston’s American Repertory Theatre in How I Learned to Drive and Ivanov.

DeHaan has appeared Off-Broadway in Aliens, Sixty Miles to Silver Lake and End Days. The third season of “In Treatment” will begin Oct. 25 on HBO.

Tuned In: A blog about television by TIME’s TV critic James Poniewozik

Paul Weston’s adventures in his patients’ psyches and his own has a limited audience, but the show is a fascinating, stage-play-like representation of mental wrestling in which the talk is the action—and given the limited set and location requirements, it probably gets made for little more than Gabriel Byrne’s cabfare, so what the hell?

What the hell? Well, Mr. Poniewozik, the fact that HBO may not need to dig deep to support this show does not diminish in any way the amazing performances, great writing and compelling story lines, and the intricate direction that makes In Treatment “addictive.” Which proves that you don’t need a ton o’ money to make TV that people will never forget. So, what the hell indeed.

Gather.com article by Taylor Hertsenberg [this article is no longer available]

Can’t wait for this to premiere. In Treatment is one of the best shows on television and showcases an actors’ skills like no other program on cable. The writing is superb and there is sure to be some interesting, original plotlines to be debut this season. 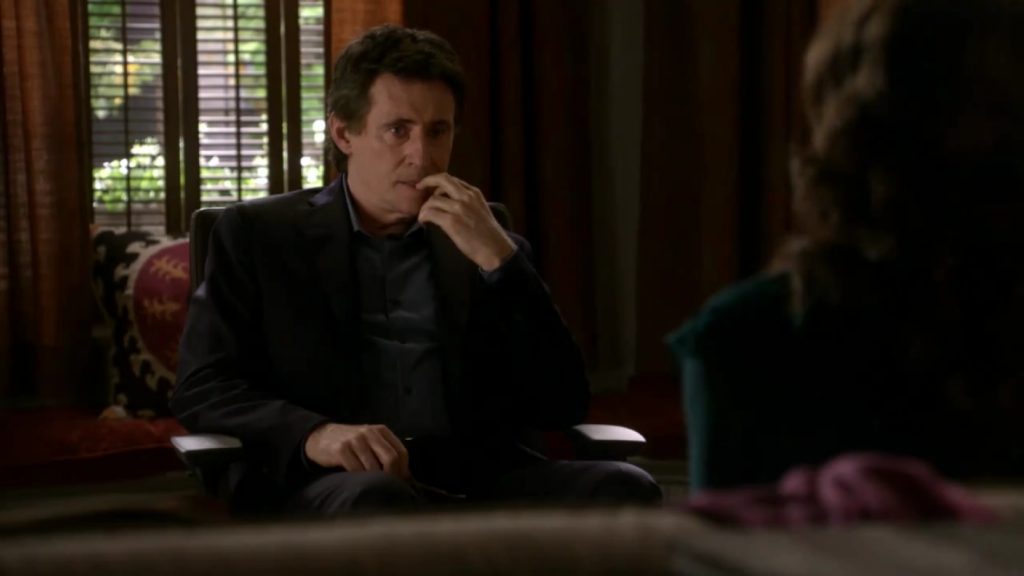 Yes, Paul. We are biting our nails, too.

Thanks go to Aragarna for the lovely screencaps and the heads up on the latest promos!