According to the Tribeca Cinemas newsletter, the 12th Annual Craic Festival runs March 11-13 and includes a showing of Gabriel Byrne: Stories From Home on Friday, March 12, at 7:00 pm.

Friday and Saturday night after-parties will feature special guest DJ’s from 9pm- 12am, and complimentary beer & whiskey. Admission to parties is free with purchase of movie ticket. Don’t miss this year’s Kids Fleadh, Sat March 13th from 11am – 1pm, with a collection of short films and treats for kids! Tickets can be purchased at www.ticketweb.com, on sale now!

The festival’s website does not have much available yet, but they are on Twitter. Here is a great chance to see the documentary in New York. Run, don’t walk, to your computer and order those tickets now!

Flann O’Brien’s “true masterpiece of Irish literature,” At Swim-Two-Birds, is being offered in a stage production for one night only!

These lucky stage-goers will get to see what all the fuss is about before the film is made and released. What a great way to whet the appetite.

As though we don’t have enough acronyms for MH, here is another one. The Independent notes in a February 4 article, “The irresistible rise of the Hotter Over Fifties,” that “the era of the floppy-haired metrosexual is finally over.” Well, thank the gods! Heading the pack is Alec Baldwin (agreed!) and, closer to home (and our hearts), is our own Gabriel Byrne:

Closer to home, Gabriel Byrne is cut from similar cloth. The Dublin-born actor was recently hailed as one of the sexiest celebrities over 50 by Entertainment Weekly. He’s also one of the hottest stars on TV, wowing critics with his role as therapist Dr Paul Westen in HBO’s In Treatment. He gives a gritty performance that draws on a well of experience in a life where he has battled abuse, addiction and depression to get to where he is today. And when you put his wry smile and knowing eyes alongside the vacuous good looks of Zac Efron or the Jonas brothers, it’s not hard to choose who you’d rather spend a night out on the town with.

We obviously could NOT AGREE MORE. 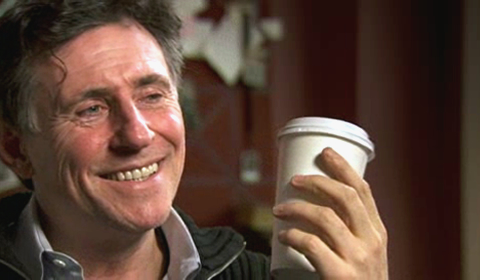