How many hats can one man wear? No, I am not referring to the film Miller’s Crossing, although since you mention it…no, let’s not get side-tracked. I am referring to Gabriel Byrne, who is currently sporting about as many professional hats as one man can possibly wear at one time. Not in any particular order, here they are:

That should be enough, yes? But not for Mr. Byrne. He’s adding another hat right now: Curator. 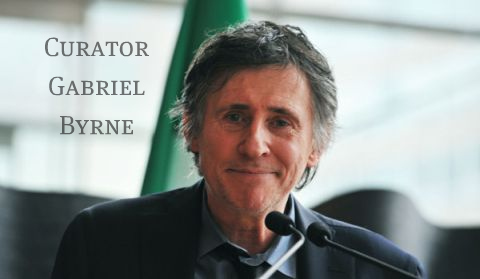 As part of his commitment to the newly-launched cultural initiative, Imagine Ireland, Gabriel will be curating one, and possibly a total of three, programs. Mark your calendars now! 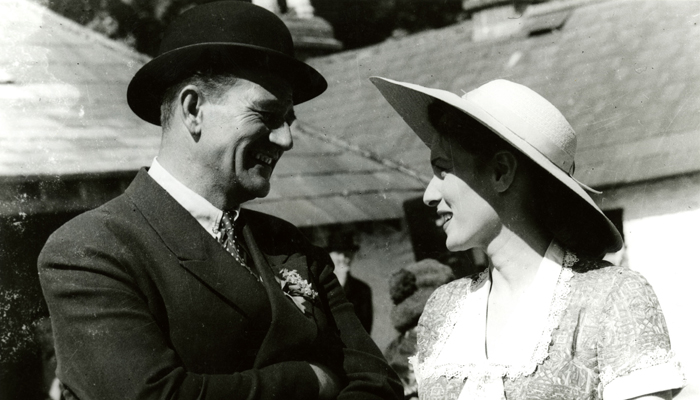 Program No. 1: Revisiting the Quiet Man : Ireland & the Irish On Screen [note: the Imagine Ireland website no longer exists]:

This film programme, curated by Gabriel Byrne, in conjunction with IFI (Irish Film Institute) and MOMA (Museum of Modern Art), takes The Quiet Man, John Ford’s iconic vision of Ireland in the 1950s as its point of departure. Ford’s preoccupation with exile, identity, history, sex and the church has been shared by filmmakers since the dawn of cinema and provides the framework for this programme drawn from a broad sweep of Irish and Irish American feature films.

The programme, which provides a new context for US Irish “classics,” will also include a selection of recently discovered US Irish emigrant films from the 1910s and 20s; feature films from the early days of Ardmore Studios and several contemporary Irish feature films. [from the Imagine Ireland website]

It will be so intriguing to see this line-up of films develop and the choices he will make. Will Mr. Byrne be on hand as these films are screened? No idea. We shall have to wait and hope. 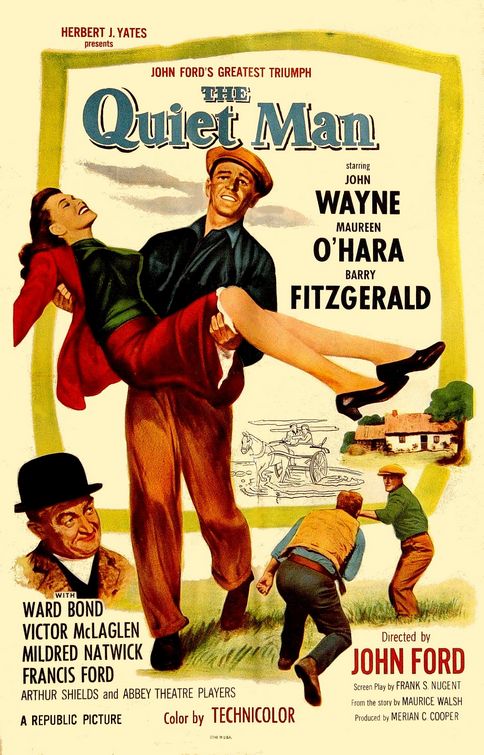 Program No. 2: Hidden Ireland: A first celebration of Ireland in documentary film [note: the Imagine Ireland website no longer exists]:

It is not entirely clear that Gabriel will be officially curating this program. However, he has mentioned that he is curating a program of Irish documentaries and this program certainly fits that bill! Here are more details:

Hidden Ireland is a first major programme of documentary film at NYPL (New York Public Library), which offers insights into contemporary Irish life and into the past that has shaped it. It will include a range of sometimes conflicting perspectives from indigenous and foreign filmmakers, both amateur and professional. The films, which are drawn primarily from the IFI (Irish Film Institute) Irish Film Archive collections, will be introduced by US and Irish speakers and will be presented free-of-charge twice weekly at NYPL for the Performing Arts Lincoln Center auditorium. [from the Imagine Ireland website]

Program No. 3: Now this is totally without published evidence EXCEPT for a mention in his speech at the New York Launch, where Gabriel Byrne stated that he was curating an archeological retrospective (no idea what this means exactly, but it sounds scholarly and exciting!) in Ireland as part of the Imagine Ireland project. He noted that current and emerging technologies make it a simple process for young people to film and record their own stories and then share them with the world. And he sounded just like a teacher when he was explaining this. So, we know that, whatever this program turns out to be, it will offer a creative adventure for all involved.

Here is what he said:

The vision to see the future incorporates the notion of technology. Because what you’re going to see now is the emergence of the arts from Ireland, is the rise of a hybrid culture–rap influencing poetry, the visual arts influencing theatre, the cross-over of various forms of expression. You can now go out in a village in Ireland with an Icamera and make your own story.

Stay tuned for more news! And hold onto your hats! smile