Twitter was busy with news about the launch of Imagine Ireland today! The announcement occurred at 11:00 am EST at Lincoln Center in New York City. Attendees have noted that Cultural Ambassador for Ireland Gabriel Byrne was as inspirational as always, as were the other speakers.

The Belfast Telegraph [unlinked because URL usually does not work] was the first to go to print about this historic initiative:

Gabriel Byrne has launched the largest ever programme of Irish arts in the United States.

The In Treatment actor, who is Ireland’s Cultural Ambassador, unveiled a programme of more than 400 Irish film, theatre, music, dance and literature events to entertain American audiences this year.

Speaking at the launch in New York, Gabriel praised the Irish imagination and encouraged Americans of all generations to imagine Ireland for themselves.

Quoting Mr. Byrne:
“Ireland’s culture has been consistently evolving: only a culture which changes remains alive; its breath and influence is universal,” he said.

“Consider the stark beauty of early monastic poetry, the subversive ballads and love songs of a repressed Gaelic culture, or the monumental re-imagining of an enforced language.”

“Irish artists such as Joyce, Beckett and Yeats spoke from a native imagination to a universal audience.”

“Today’s artists draw upon that massive inheritance, yet speak with a new voice that is of today, yesterday and tomorrow. Theirs is an inevitable, ever changing voice that recognises kinship of reality and imagination.”

More news as it happens! 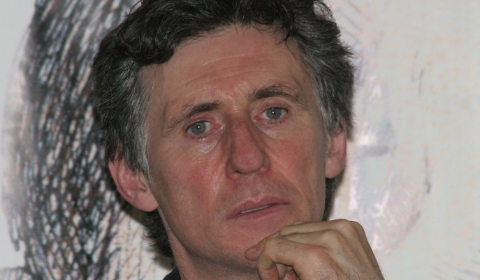 David Itzkoff provides the latest details of the launch of Imagine Ireland over at the ArtsBeat blog at the New York Times. An announcement will be made in New York on Friday, January 7, which outlines more information about the celebration:

The full program, called Imagine Ireland, will feature some 400 events in 40 states and will be supported by a $5.3 million investment from Ireland. It is expected to be announced on Friday morning at a presentation hosted by Mr. Byrne, the “In Treatment” star and Irish cultural ambassador, and Christine C. Quinn, speaker of the New York City Council.

In addition to opera and theatre during the year-long event, there will be a film retrospective curated by Mr. Byrne at the Museum of Modern Art in New York City and a literature program is planned (with writers such as Colum McCann and Colm Toíbín). As a special treat, a video will be unveiled at the announcement tomorrow:

Friday’s announcement is also expected to include the debut of a video featuring Irish poetry read by Ellen Barkin, Stockard Channing, Colin Farrell, Aidan Quinn, Liam Neeson and Mr. Byrne; and a performance by the fiddler Martin Hayes.

Stay tuned for more details as they become available!

According to Politico Click, Gabriel Byrne, Ireland’s Cultural Ambassador, will be visiting Washington DC on Monday, January 10. He will attend a reception hosted by the Irish Ambassador to launch Imagine Ireland, the year-long celebration of the Irish arts in America that has been in the planning stages for some time now.

We can’t wait to see how this celebration takes shape–and where. There is some speculation that events could be happening across the country and so our peripatetic Cultural Ambassador might be appearing in more places than ever in 2011! We shall see.

This launch is great news and, of course, any pictures that emerge from the event will be here as fast as you can say “copy and paste”! Kudos to Mr. Byrne for taking on this project and supporting the arts of his homeland in his adopted country.