Into The West: Truth and Magic in Ireland

One wonders what was running through Gabriel Byrne’s mind as he read the script for the film Into The West. Certainly he knew the origins of the story of Oisín and Tir na nÓg. The early epic poem of Yeats (his longest poem, as it turns out), The Wanderings of Oisín, was perhaps more esoteric. But the myth of the kelpie must have been familiar to him. How wonderful, then, to read a modern tale of the white horse from the blue sea, a child named Ossie, and their fantastic adventure.

But the tale of Oisín is full of human sadness and death and so, too, is this 20th century story. So, at its simplest level, we have an adventure tale involving children, a horse, and a quest, and at its deeper layers, an examination of one man’s life brought to the brink by loss, displacement, and poverty. This multi-layered quality must have appealed to Mr. Byrne as well.

There is a well-known, and possibly apocryphal, anecdote from the making of the film Marathon Man that proves instructive here. Dustin Hoffman, haggard and unshaven after several days of preparation for his part, was in discussion with Laurence Olivier, who ribbed him a bit about his method. “But how else can I get into the correct frame of mind and portray this man’s experience?” Mr. Hoffman supposedly asked, with some exasperation. The rather arch reply? “My dear boy, it is called acting.” Two styles, opposite, both valid, one could argue.

Gabriel Byrne offers us a third and we see it in action in Into The West. Gabriel has often described acting as being “about letting people see who you are.” The role of Papa Reilly offered him a unique opportunity to ply his craft. A Traveler who is no longer traveling, a leader among his people now displaced and humbled, a husband who has lost his wife, a father in danger of losing his children, a man who seeks solace in the bottle and battles his demons by trying to run away from them–Papa Reilly is the last character film-goers would expect to find on the screen if they believed the whimsical posters of the film they passed by in the street. He stands at the center of the story, a harsh reality to balance the magical realism of the wild white horse, the two boys, and their race to the West. And we know enough to realize how much of Gabriel’s portrayal is “letting people see who you are”–and we are touched by his honesty and his willingness to show us his truth.

The Mega Movie Page for Into The West is pretty magical in its own right, thanks to the screencapping talents of Daniela and the detective work of Aragarna, who located the behind-the-scenes interview for the film. Promotional stills, posters, a bit of historical background, the trailer and other videos, information about the soundtrack, and more are waiting for you as you travel Into The West. 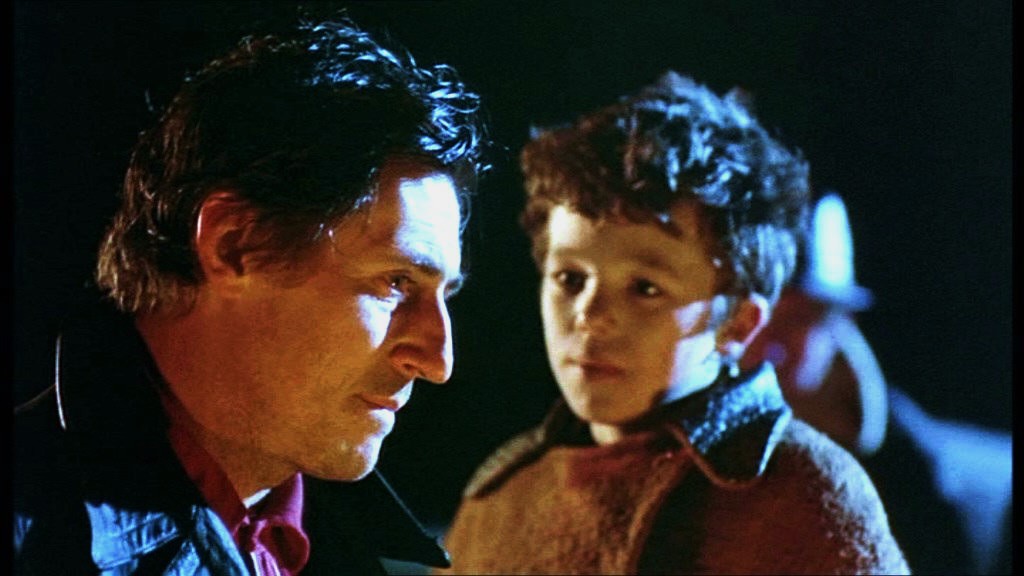