With words, that is.

Today is Bloomsday. So today, we will visit a library and take a walk. 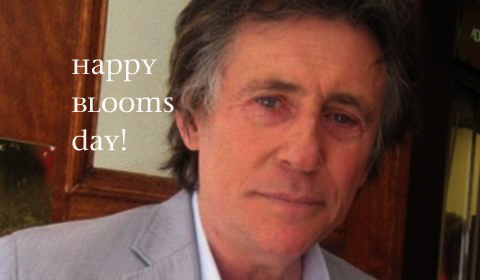 The library belongs to Gabriel Byrne, of course. In an interview with Barbara Hoffman at the New York Post (no, not the New York Review of Books, darn it!), Mr. Byrne notes four titles that remind us of his attachment to the Irish word–a love affair, if you will.

HBO may have pulled the plug on “In Treatment,” but Gabriel Byrne — its star shrink — is only too happy to analyze the Irish love affair with words. “I suppose it has something to do with our history,” says the 61-year-old actor and producer. “The one thing that can’t be proscribed or repressed is imagination.”

Byrne lives in Brooklyn now, but his heart has never left Ireland. He’s not only its Cultural Ambassador, but an eloquent spokesman for the Imagine Ireland festival (imagineireland.ie), sponsoring some 400 events throughout the US this year. He says he was lucky to have grown up in rural Ireland, where he saw “the last of the great storytellers — men who went from house to house telling stories. The world they created took people out of their everyday existence . . . Imagination was the TV of its time, and our only way of expressing truly who we are.” Here’s what’s in his library.

Let the Great World Spin
by Colum McCann
I’m proud to say Colum’s a good friend of mine. He writes very simply, very powerfully, very beautifully. With each novel, you never know what world Colum’s going to enter into. “Dancer” was the reimagining of Russia in the early 20th century; he also wrote about a Romanian gypsy. This novel deals with 9/11 and the world of Philippe Petit, who walked between the World Trade towers.

The Commitments
by Roddy Doyle
Roddy is a schoolteacher — I used to be one myself. This book was the first to put the voice of discontented Irish youth and their connection to music on the page. He also portrays the new Dublin and its connection with America in this story about a band. It’s a very funny, very accessible novel.

Are You Somebody? The Accidental Memoir of a Dublin Woman
by Nuala O’Faolain
A ruthlessly honest book about what it means to be a member of a dysfunctional family, but it’s really the story about searching for love and acceptance. I met Bill Clinton, and he said he was having trouble writing his memoirs. I said, “Maybe you should have a read of this book.” He wrote down the name. A year later, I got a thank-you note from him.

Brooklyn
by Colm Toibin
Colm lectures at Princeton. He’s also one of our greatest young writers. The story is of a young girl who leaves Ireland to make her way in Brooklyn, falls in love there and is torn between home and away. It’s the dilemma of everyone who’s torn between two places, belonging in neither. It’s a stunningly beautiful, simple love story.

Gabriel must have been truly limited to four titles; otherwise it seems certain Edna O’Brien’s Saints and Sinners would be on this list! And how coincidental that McCann has just won the 2011 International Impac Dublin Literary Award for Spin.

From the Arts Beat Blog at the New York Times (this is the complete article because the link to it consistently fails):

Colum McCann is the winner of the 2011 International Impac Dublin Literary Award for his novel “Let the Great World Spin,” a book that was also honored with the 2009 National Book Award for fiction in the United States. Mr. McCann’s book was chosen from a short list of 10, which included works by Joyce Carol Oates, Barbara Kingsolver, Yiyun Li and William Trevor.

The award, given annually in Dublin since 1996, comes with a prize of about $141,000. The competition is sponsored by the Dublin city government and Impac, a productivity improvement company.

The judging panel called Mr. McCann’s book “a remarkable literary work, a genuinely 21st-century novel that speaks to its time but is not enslaved by it,” adding, “The human condition, the kindness and cruelty shown from one man to another, the ways in which we suffer and triumph, are subjects which have resonated through fiction for centuries.”

This is a great book from an original and authentic voice. Which, come to think of it, is true for all of the books on Gabriel’s list.

Have you read any of these? All of them? Are there others you think he should have put on his list? And just what are YOU reading now, anyway? Please add a comment! 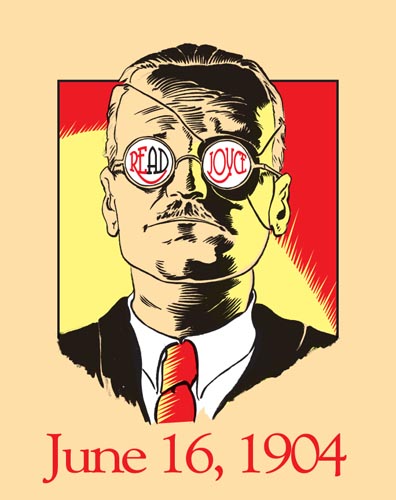 Now, on to the walk. In honor of Bloomsday, let’s take a virtual walk of Dublin, according to James Joyce:

Walking Ulysses is a free, Web-based application that takes users on a detailed, virtual tour of Dublin, allowing them to follow in the footsteps of Leopold Bloom, the novel’s protagonist and the character whose name gave us Bloomsday, today’s June 16th holiday that celebrates Joyce’s life and work.

“We’re playing with time and space,” says Mr. Nugent, an assistant professor of English who has been teaching Ulysses for the past four years.

Users of the interactive tool can follow along either chapter by chapter or jump around, stream-of-consciousness style, as Bloom makes his way across Dublin. Click a chapter title: “The Lotus-Eaters.” Then move along through the streets of old Dublin, pausing to view an archival image of the city and listen to a passage from the novel. Then await instructions on where to go next.

Read the rest of this Chronicle of Higher Education article and learn a bit about how this walk was created! 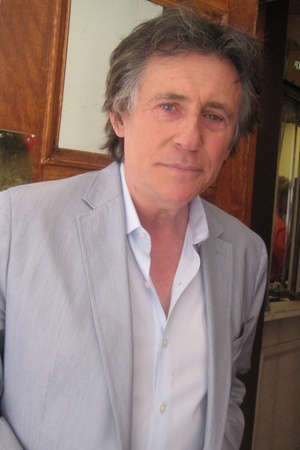 Happy Bloomsday to you!