In Treatment Season 3 on DVD!

DVDTalk has a great review of the new DVD, including an in-depth overview of the series itself, as well as technical analysis (transfer is perfect, sound is flawless, and there are NO extras–all pretty much as expected). Christopher McQuain is the reviewer. He appreciates all three seasons of In Treatment and his review is glowing (“Watching the excellent third season of HBO’s In Treatment may just be enough to push you over the edge and onto the couch yourself.”) His final words are:

It is very sad to see In Treatment end, but this third and final season makes a worthy wrap-up to one of the best TV programs in recent memory. Troubled, torn, eminently sympathetic psychoanalyst Paul Weston faces his most challenging batch of patients and his most wrenching personal journey yet this time around, and it is as compelling, riveting, and sometimes deeply moving as we’ve come to expect from the equally great prior seasons. Rarely has a show afforded viewers the opportunity to invest quite this deeply and intimately in the skillfully, compassionately depicted conflicts and aspirations of its characters, while at the same time keeping any sense of an assured, fixed understanding of them only a tantalizing but ever-elusive and never guaranteed possibility. That means you’ll probably want to just book a weekend with the blinds drawn when you settle in with Dr. Weston, his therapist, and his patients; these sessions are that addictive. Highly Recommended. 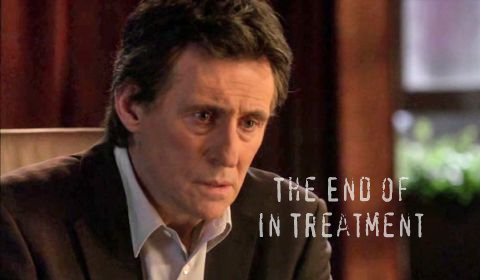 The long-anticipated release date for the DVD of Season Three of In Treatment is here.

October 4 will see the four disk set available in the US. No more hunting for OnDemand or i-Tunes. No more prayers that your DVR does not explode (that is where you have all 28 Season Three episodes saved, right?). No more illegal downloading of that one episode you missed because you were out of town or staying late at work or just forgot it was an In Treatment night!

Amazon has a best deal for you. Plus, Amazon has five reviews from ardent fans, each of whom gives the show 5 stars. Of course. How could they not?

Here is an excerpt from my favorite Amazon customer review, by Carol Irvin:

The reality is that therapy is messy, as messy as life itself. It starts and stops like the rest of life starts and stops, not at any great dramatic points but at quite ordinary and often unresolved points. The patient teeters off to do life on his or her own for awhile and after some missteps will often come shakily back into therapy again with perhaps a different therapist. Although the therapist comes across as all knowing and wise in session, if you stumble across your therapist’s personal life, you discover his or her personal life eclipses your own in sheer messiness.

This show captures the above like no other film or tv show ever has. It has done so for three seasons. It may have done it best in this season. Gabriel Byrne does a tour de force job as therapist Paul Weston and indeed very much reminds me of my own first therapist. This season we see him in therapy with a new woman therapist plus him as the therapist with three new patients. My personal favorite has always been to see Byrne’s Paul Weston in therapy and this season is no exception to that. He is just a complete mess but in a wholly believable way.

His three patients are a gay adopted boy, a retired widower from Calcutta forced to live with his son and his family in New York and a middle aged actress (Debra Winger), whose sister is dying of breast cancer, like their mother did. All three are compelling stories and the only sense you have at closing is that although certain issues have been resolved, manifold problems lay ahead for all of them at therapy’s end. Is this how it goes for people in real life? Of course it is. 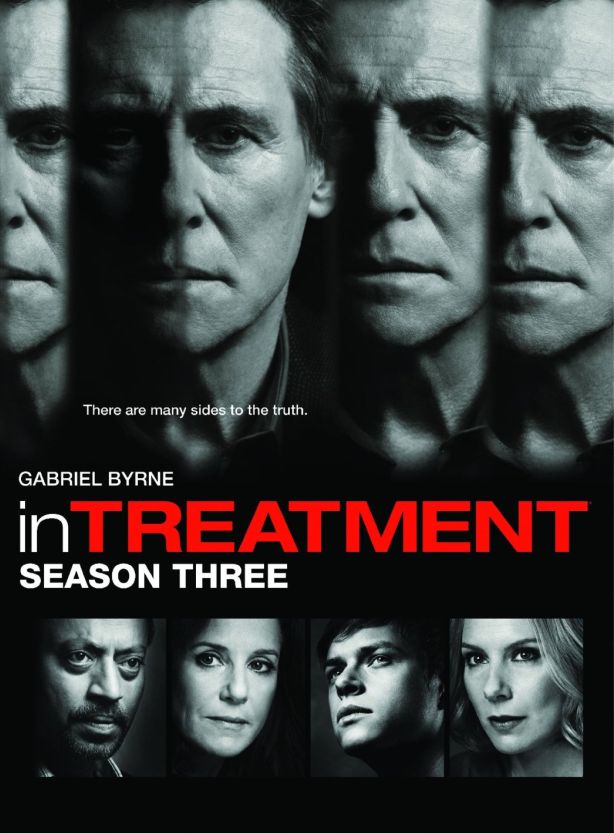 Stella has this beautiful DVD box on pre-order. Let the mailbox watching begin!