Bless Me, Martha, For I Have Sinned–The Mega Movie Page for A DANGEROUS WOMAN

A Dangerous Woman is probably the most unsettling and enigmatic film Gabriel Byrne has made up to this point in his career. It also offers us one of his best performances. Of course.

As the itinerant and hard-drinking Irish handyman, Colin Mackey, Mr. Byrne takes a role that borders on the stereotypical and turns Mackey into a multifaceted, deeply felt, and protean character who makes mistakes in judgment, recognizes his own failings, and ultimately cares for those who succumb to his hunky cowboy persona.

The current wisdom about this film is that it might be the first portrayal of a character suffering from Asperger Syndrome (1). Martha is definitely not operating on the same wavelength as those around her. She is gawky, unfashionable, and prone to affectionate displays that make her friends and family uncomfortable. Her piercing eyes, hidden behind coke bottle bottom glasses, miss nothing. She is very practical and yet can be incapable of making decisions. She does not lie. And, in reality, doesn’t she sound like someone you know?

It comes as no surprise that the collision of these two “damaged” people will result in fireworks. What is surprising is the depth of the feelings they express to one another and the flighty tenuous trust that develops between them. There is genuine tenderness, even in alcoholic hazes, and genuine happiness, however fleeting.

The Mega Movie Page for A Dangerous Woman gives you a glimpse into the contradictions and the ambiguities of this remarkable film. Included are promotional images, posters, quotations, screencaps by the amazing Lozzie, reviews, and more. One very negative review of the film did acknowledge: “As for the acting, it was, to say the least, visually edible.” Indeed. Be prepared for the succession of images of a smoldering, charismatic, and dangerous Gabriel Byrne–he burns up the screen and makes us want more, even though we realize his character is a man of questionable motives caught in a complicated moral quandary. Most of the time, we really don’t care. And that is one of the complexities that makes the film, and his work in it, dangerous indeed.

Thanks go to Lozzie, as always, for her wonderful screencaps! 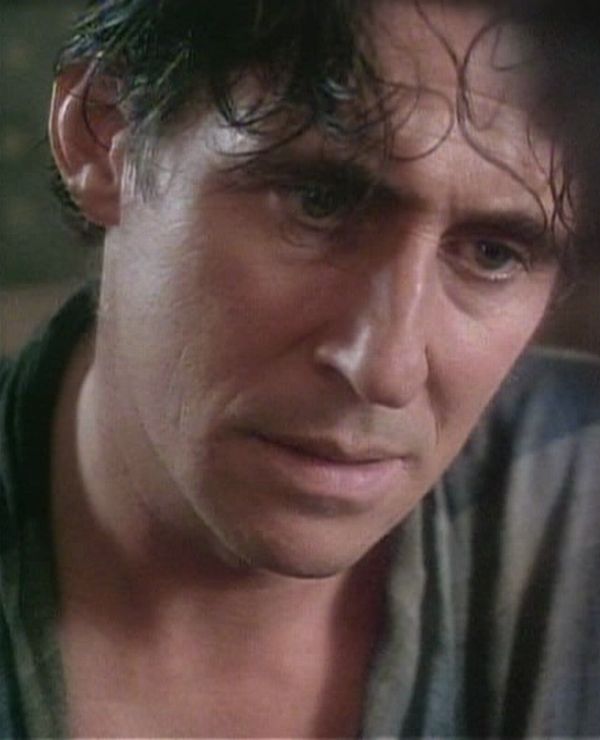 (1) Asperger syndrome (AS), also known as Asperger’s syndrome or Asperger disorder, is an autism spectrum disorder (ASD) that is characterized by significant difficulties in social interaction, alongside restricted and repetitive patterns of behavior and interests. It differs from other autism spectrum disorders by its relative preservation of linguistic and cognitive development. Although not required for diagnosis, physical clumsiness and atypical use of language are frequently reported. –from Wikipedia