After months on the festival circuit (Berlin, Sydney, Locarno, Vancouver), I, Anna finally made it home to London and the Red Carpet of the 56th BFI London Film Festival, premiering there on October 14, as part of the “Thrill” section. The whole crew was on hand for the festivities this time (minus Gabriel Byrne) and the tweets flew as people began to respond to this film noir with a twist. With a UK release date of December 7, we can expect to see I, Anna on more screens around the world soon–and hopefully in the US one of these days very soon! 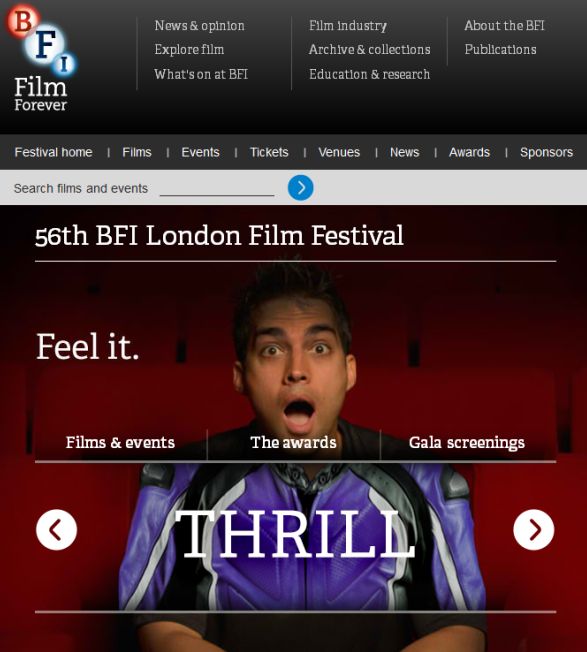 Independent.ie: Film a family affair for Rampling [URL is no longer linked because it usually does not work]

Charlotte Rampling showed it was a family affair as she stepped onto the red carpet with her son Barnaby Southcombe at the BFI London Film Festival.

Barnaby is making his debut as a film director and writer with new movie I, Anna and he decided to keep the cast close to home.

[Rampling] said: “It is fantastic to be here with my son tonight and very moving, it’s a really heightened emotional moment because we have travelled with this film to festivals around the world and this is probably the last one we will be at before the film opens and it’s here in London.”

The 66-year-old said she never imagined she would star in a film directed by her own son but, when it happened, she said she knew it was a “beautiful idea” and she instantly took to the character. 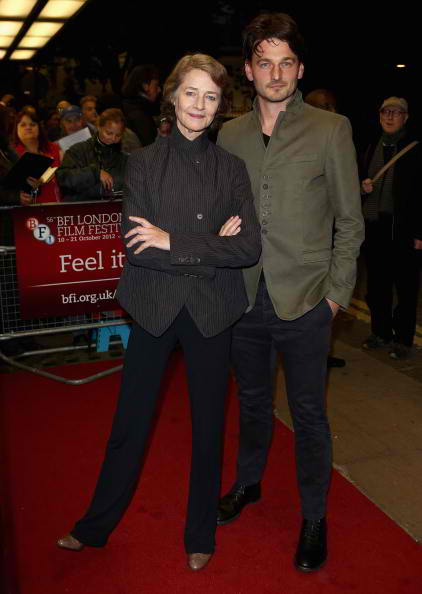 No real mainstream reviews yet, but these cinema websites are obviously taken with I, Anna at the London Film Festival:

Both Rampling and Byrne convince as tentative lovers with years of experience that has jaded them but with life still wanted to be lived. Memory and experience are central themes in the film and become undeniable elements that surround the murder case. At a welcomingly shorter running time of 93 minutes, I, Anna gives enough time to develop and reveal the mystery around its central figure without making the relatively obvious twist too apparent by languishing in a longer running time.

Rampling is known for portraying women who hide secrets and for doing roles, which cause her to become introverted; I, Anna is no different. In the last act of the film, we find ourselves dealing with mental illness and depression caused by grief and the film deals with this fairly if a little surface like (but it occurs too late in the film to look at deeply).

As for Byrne’s performance in the film, he manages to portray a man who should be responsible and in charge of all his faculties very well. Bernie falls hard for Anna, and is caught between what he should do for his job and what he will do for the woman he has gotten to know. The rest of the supporting cast also perform within this tightly knit thriller (slash love story) with Eddie Marsan, Atwell and Brown all fulfilling the roles they need to show the madness of Anna.

In The Mood For Blog [this website is no longer available]

Southcombe drip-feeds information via flashbacks, which show in increasing detail the events of the night. Some of the positioning is a little questionable (he had no help on this front from the source material and, according to Rampling, the way they unfold changed in the editing room) but, like the film as a whole, there are some exceptional visual moments created in the process.

For a long time the mood, atmosphere and cinematography are the main calling cards, but in the final reel or so Rampling goes in to overdrive by absolutely nailing everything that is required of her and more. Byrne’s sensitive, restrained turn balances this out beautifully, but she ends up being flat-out stunning. The only thing now is for Artificial Eye to get this as seen as possible, because it has a lot going for it on many levels to merit that. 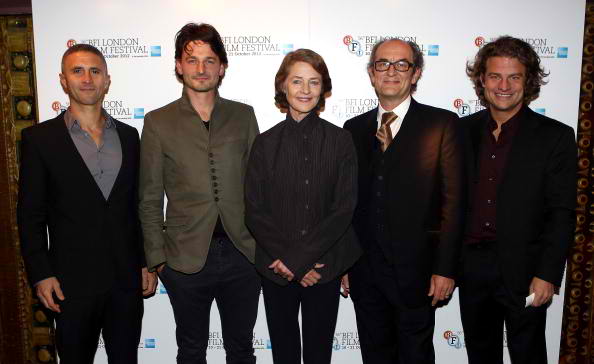 I, ANNA is a beautifully made, unnerving psychological thriller from writer-director Barnaby Southcombe.  Set in contemporary London, the movie has a style and control and slow-building tension that is utterly breathtaking.  It’s one of the best films I’ve seen at the Festival so far, and an utter surprise!

This is a grown-up film more worried about the psychology of an event and the emotional ramifications of a crisis, than with “whodunnit”.  And the screenplay still has enough tricks up its sleeve to genuinely surprise us in the third act and build to an unbearably tense denouement…The two lead performances are convincing and compelling, particularly Gabriel Byrne in, perhaps, a softer and more ambiguous role than we’ve seen in some time.
Overall, I, ANNA is a sophisticated, compelling modern noir thriller with enough nods to the history of the  genre to satisfy cinephiles and one genuinely superb plot twist to give us something new to be dazzled by.  This has to be a strong contender for the Festival’s First Feature prize,  and I hope that it gets the audience it deserves. 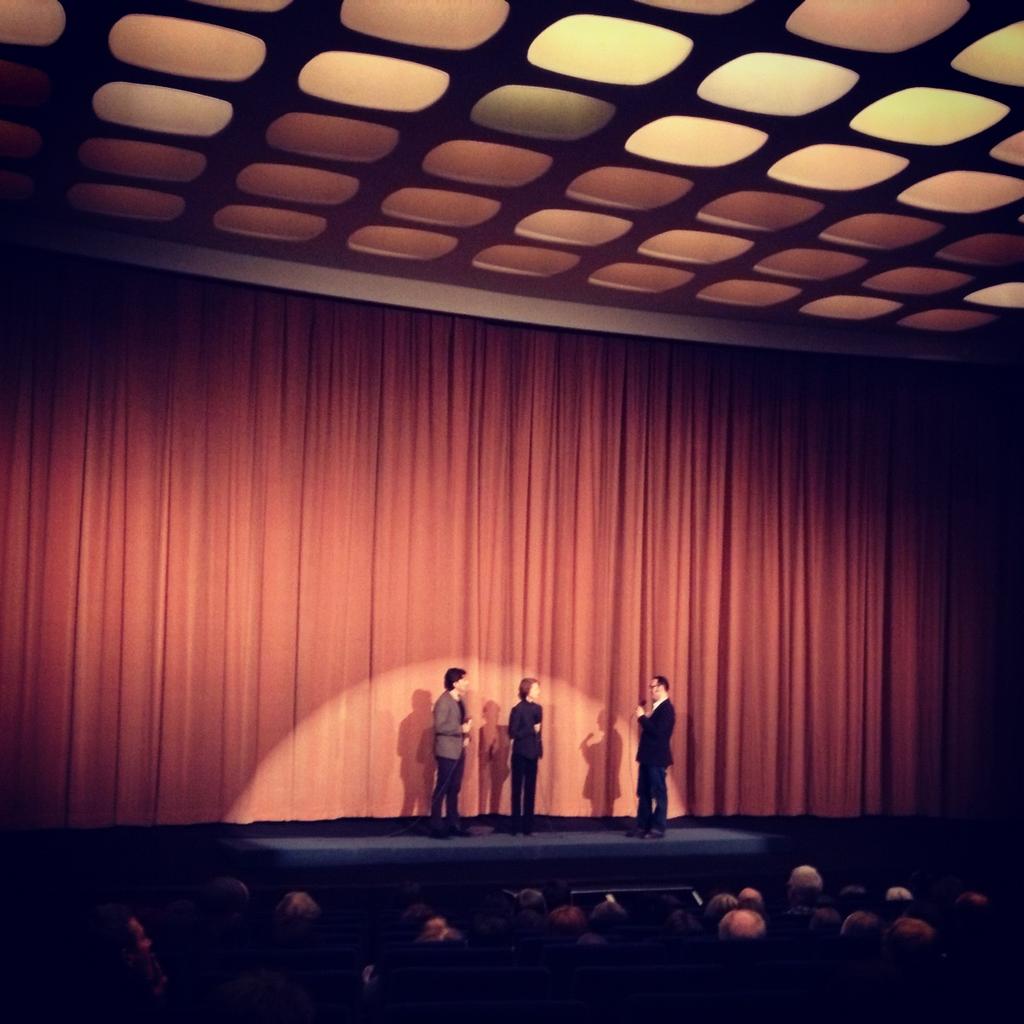 Premiere at the Curzon Theatre

Something hit a nerve. A few years ago I read a book and a woman’s face leapt into my mind. She was in pain and she looked lost and scared. Was she trying to hold onto a memory that was eluding her, or was she trying to forget something terrible? This woman was at a most delicate and vulnerable time in her life: deserted by her husband and holding on too closely to a grown-up daughter, this woman was thrust out into the ‘meet’ market to find love again and left to fend for herself in a world that had changed beyond recognition. The woman’s face was my mother’s… but this story was not her own. I, Anna is an American novel by Elsa Lewin. It is her only published work. She is a Jewish psychoanalyst who lives in Great Neck, New York. A housewife for many years, she led a pretty sedate life but there was clearly something burning inside. It came out as a scream, a roar of outrage and injustice and it spawned I, Anna. A violent, disparate first novel; but it blazed with an anguished heart and it spoke to me. It became clear that I had to bring these two people together on film. This face had to meet this character, this story had to find its incarnation and this would be: I, Anna. — LFF website 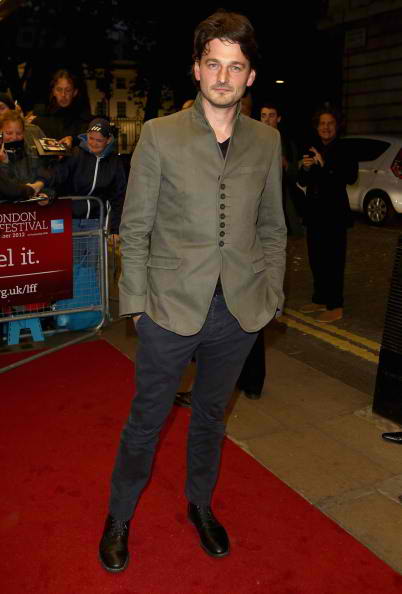 Barnaby Southcombe, the director of the hour!

Be sure to read the epic “I, Anna” posting, which reports on the progress of the film from the Berlinale through the Vancouver Film Festival, even though it takes a long time to load now due to all of the great images!