I, ANNA Premiere at Berlinale–Trailers Plus!

Note from Stella, August 5, 2020: There were originally three trailers for I, Anna from the Critic.de website posted here, but they are no longer available. So, I have replaced them with two other trailers:  the official trailer from the Berlinale and the final trailer published once the film was released:

The latest and possibly final poster: 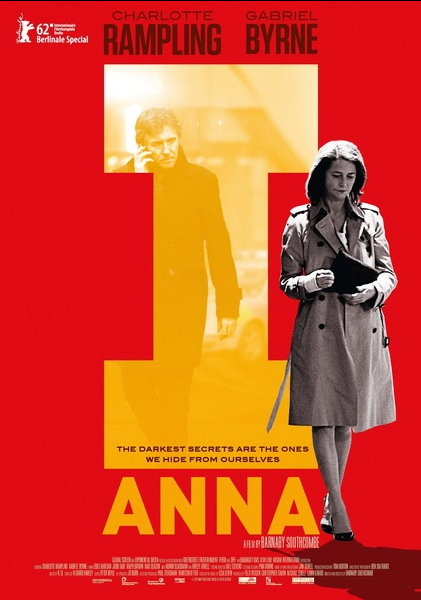 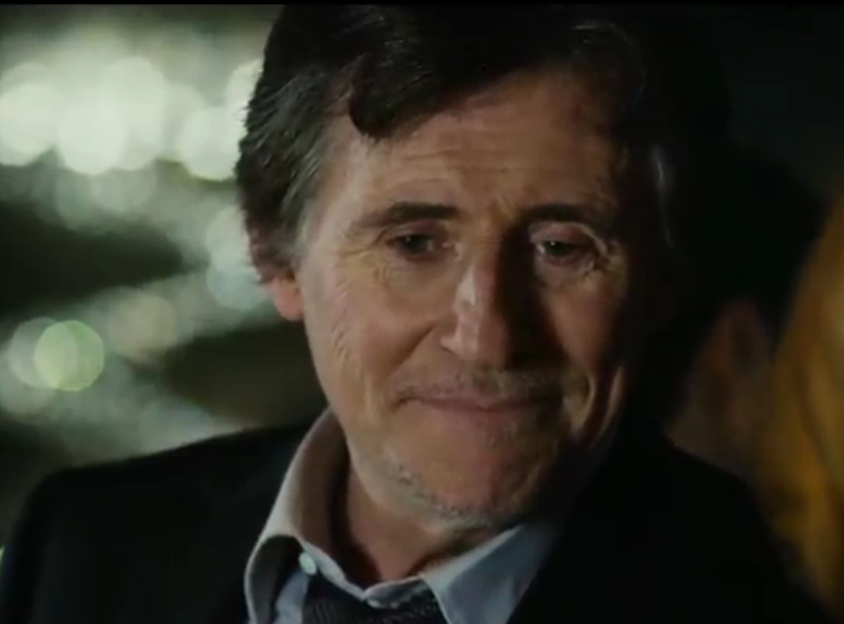 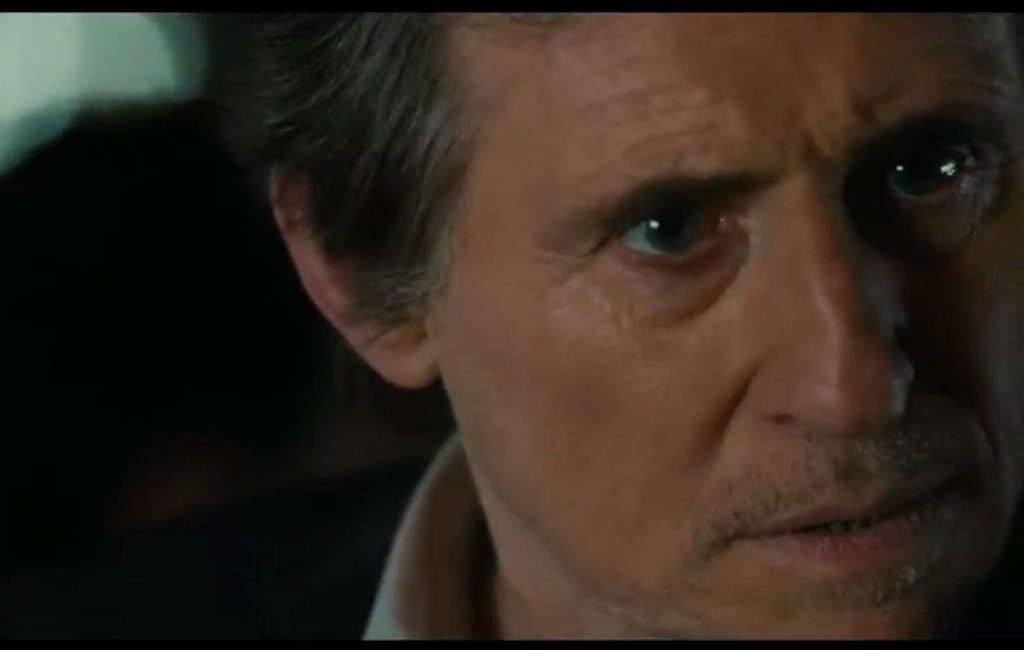 Thanks to Ramona for all of this eye candy from the film!

And here is a new review from Eye For Film:

Possibly over-stylised for some tastes it, but films such as Drive have shown that a clear directorial vision guiding a talented cast can allow a visually striking film to sidestep the ‘style over substance’ trap. Southcombe’s film at times feels as though it would have worked better as a short film or TV movie, and like many crime films has at its heart a slight story upon which a constructed mood can be hung. But it is, by and large, an immersive, atmospheric homage/pastiche that benefits from having Byrne and Rampling, two veterans who can make reading the phone book look interesting, playing at old noir stereotypes. 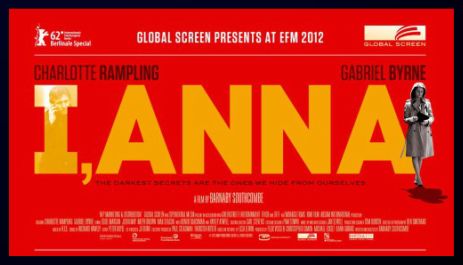 Early reviews are available at The Hollywood Reporter and Variety.

A report from Screen International offers the great news that I, Anna is being pounced on by distributors for sale in the UK,  Germany, and other EU markets plus South Korea. Now if some smart group from the US would step up and grab it, life would indeed be good!

The premiere is tomorrow, February 12, with a second showing planned for Valentine’s Day. Don’t forget the Photo Call and the Press Conference just prior to the premiere–see below for details!

As soon as promotional materials are published, you will see them here. I personally am waiting for the darned poster!

Global Screen, the new joint venture sales company of Bavaria and Telepool, has closed a number of key deals on I, Anna ahead of its Berlinale Special premiere tomorrow.

“It’s an intelligent psychological thriller/film noir and it has an incredible cast with Charlotte Rampling, Gabriel Byrne and also Hayley Atwell. It’s an easy film for buyers to promote with a cast like that,” says Global Screen head Sonia Mehandjiyska.

The Hollywood Reporter includes this headline as part of their very thorough coverage of the Berlinale, along with a poster for the documentary about Ms. Rampling, The Look (because there seems to be NO poster for I, Anna!) :

Berlin 2012: Charlotte Rampling-starrer ‘I Anna’ Sells for Germany, U.K. Ahead of Berlin Premiere

This is scheduled to be LIVE-STREAMED at the website. In addition, some events will be made available on demand.

No word on attendance by Gabriel Byrne. Cross your fingers!

Reviews and other information will be posted here as soon as they become available.

Charlotte Rampling and Hayley Atwell, playing mother and daughter in the film I, Anna, are both noted in this report from the Daily Mail (UK), but no Gabriel Byrne.

And Ms. Rampling is put on the spot about facelifts, which seems so age-ist, because what she should really be talking about is the new film that is having its premiere as part of the Special Programme of the 2012 Berlinale on Sunday, February 12!

But what she says is so true:

You don’t know what you’re looking at. You think: ‘Knock, knock!’ What’s behind these strange masks? You can’t see the feeling in their faces any more. But if you dare to grow old, there’s something beautiful about it.

She has dared to grow old(er) and she looks fantastic. Her eyes shine! 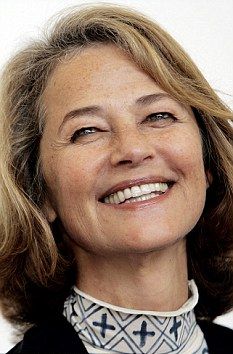 Here is a bit more about the film I, Anna from the Daily Mail:

It is about a lonely divorced woman (Rampling) who finds herself in an unbearable situation. There’s a marvelous scene, early on, when she captures the eye of Gabriel Byrne, a police detective who becomes infatuated with her as he investigates the murder of a man in a London apartment block.

In the film she wears high heels and a classic Burberry trench and has never looked more seductive. She describes it as ‘taking the femme fatale to her fatal end’.

Her son says the mac (usually the preserve of the screen detective) was his own little playful twist  — a nod to some of the dangerous women his mother has played in the past. Think of the 1975 remake of Farewell, My Lovely, in which Robert Mitchum has to search for an elusive Rampling, or The Verdict, when she betrays Paul Newman.

‘She’s steeped in blood, as it were,’ says Barnaby. ‘And I just think it’s interesting to see where all those fallen women go. ‘My mother’s covered the whole palette of noir-ish women, from an 18-year-old femme fatale to a  more vulnerable and more touching woman in her middle years.’

Barnaby didn’t approach his mother directly with the part. Instead, he sent it through her long-time agent Jean Diamond.

‘I was nervous about it,’ he says. ‘And scared.’ He and his mother had long ago made a pact about being brutally honest about their work. ‘She has been quite hurtful in the past — she doesn’t mince her words.’

But not so with I, Anna. Once she had committed, she worked with him as she would with any other director. Smiling, she told me: ‘Once I’ve got  to know the director — and here  this was easy, because I’ve known  him quite a while — I commit totally to the collaboration.’

Stay tuned for reviews after the premiere!

You can read more about the film (and order tickets!) at the Berlinale website.

Anna Welles lives in a tiny apartment in London. Although no longer young, she is nonetheless still attractive. From time to time she attends an event for singles where she occasionally meets a man and goes home with him. After one of her nocturnal rendezvous she comes to the attention of a detective superintendent who is investigating a brutal murder that took place at the high rise she is seen leaving the next morning. Somehow, this cultivated loner can’t seem to get this woman out of his mind. Nothing could be easier for him than to find out where she lives and follow her. He asks her out on a date and feels increasingly drawn to her. But the lady appears to be hiding something mysterious in between her job at a department store and babysitting her grandchild – something that really begins
to get to the detective.

Charlotte Rampling plays the leading role of femme fatale in her son Barnaby Southcombe’s directorial debut. Southcombe’s screenplay is based on Nico Hoffmann’s adaptation of the novel Solo für Klarinette. I,ANNA is reminiscent of film noir made in the seventies and eighties in which the criminal investigations play second fiddle to the psychological state of the protagonists and their wounds and obsessions. 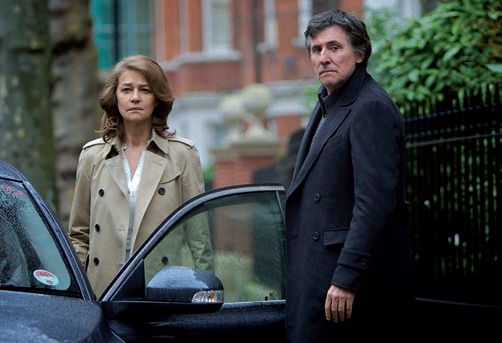 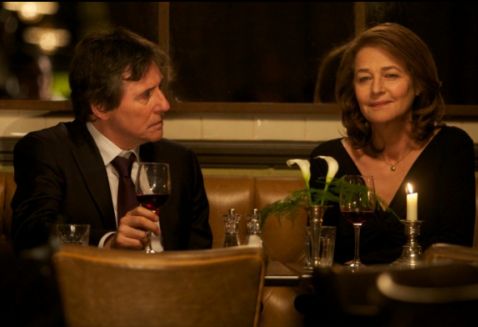 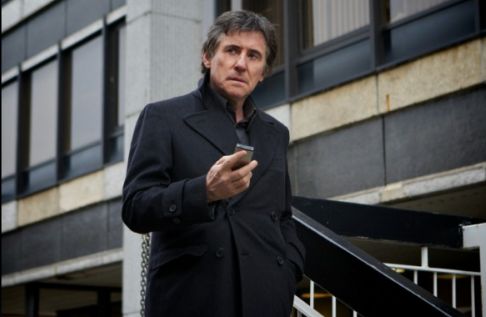 If you live in Berlin, near Berlin, or care to travel to Berlin, here is the perfect way to spend a Byrneholics Valentine’s Day!