Two Films in Production — and Socks

It appears that Mr. Byrne is in Paris filming Le Capital. This drama about the current state of financial intrigue in the world is directed by Costa-Gavras and also stars Gad Elmaleh. We remember that some work on the film occurred already in Miami and other locations will include New York City and London. It is listed as “filming” at IMDB.

So, distributor Mars Films is announcing the release of Le Capital in France on November 14, 2012!

Below is a picture of Gabriel on the set of Le Capital wearing his pink socks. Thanks to @ParisPaulP for providing this pic and tweeting about it.

[Note added September 2, 2013: As it happens, ParisPaulP is incorrect. Mr. Byrne is actually on the set of Le temps de l’aventure which also filmed in Paris in June, 2012. After seeing Le Temps on DVD, it is clear that the setting is for that film.] 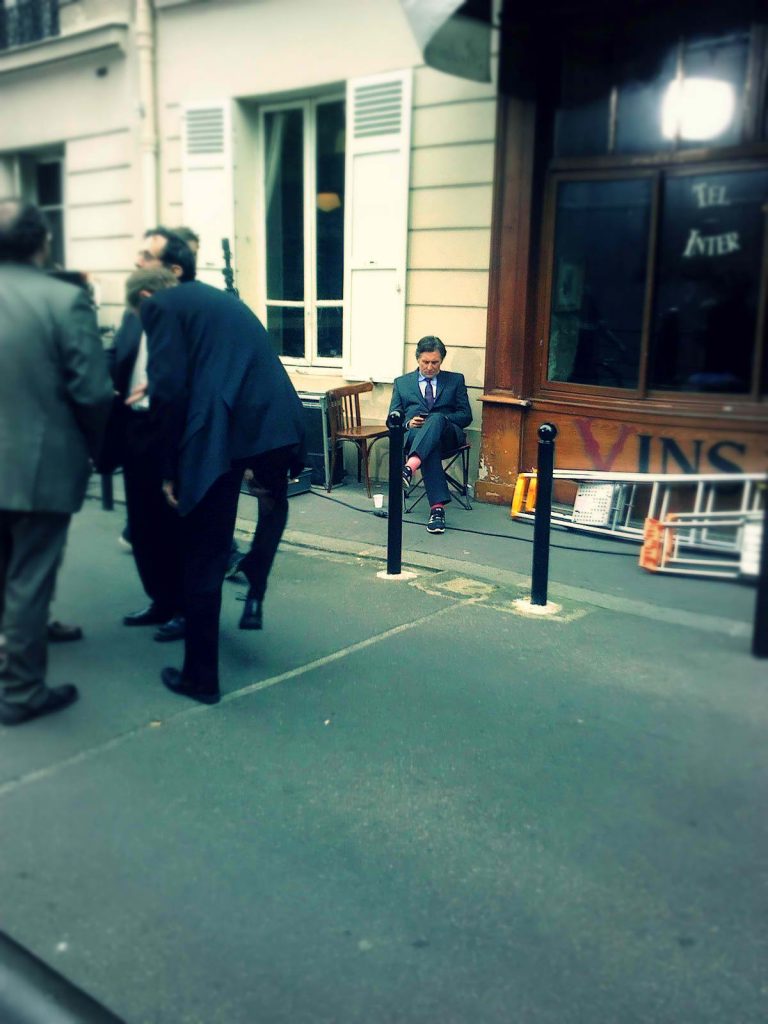 As Patrick Range McDonald at LAWeekly.com observes about a particular pair of red socks :

There’s nothing like a good pair of red socks. They always stand out, and they’re the old standby for whenever you want to shake things up a bit with sock colors. This pair are extremely soft and comfortable. They make me feel special, as any cool socks should.

Coincidentally, or perhaps not, The Dough Rollers, the blues group comprised of Jack Byrne and Malcolm Ford, played La Cigale in Paris on June 5 and we imagine Jack’s father was somewhere in the audience that night, beaming proudly.

In addition to Le Capital, the film Le Temps de l’aventure, directed by Jérôme Bonnell and co-starring Emmanuelle Devos, has begun shooting  in Paris as well, according to Tout Le Cine [This article is no longer available on the Internet]:

Written by the director, the screenplay follows Alix who, between two performances of a play in Calais, meets a mysterious Englishman on the train bringing her back to Paris for the day. Attracted to him, she follows him and loves him for a few hours, before confronting what could be a new life…

Produced by Edouard Weil for Rectangle Productions, Le Temps de l’aventure is co-produced by France 3 Cinéma. Pre-acquired by Canal + and Ciné+, the film also has the support of Arte Cofinova. Shooting is set to continue until July 16 in and around Paris. Wild Bunch is in charge of the film’s distribution in France as well as international sales. 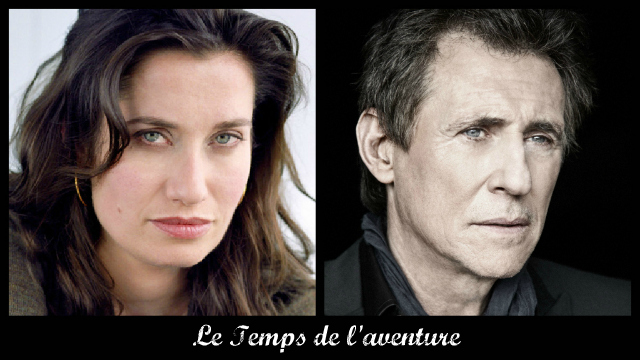