We’ll miss her, won’t we? : The POINT OF NO RETURN Mega Movie Page

The only film of Gabriel Byrne’s that my mother ever saw was Point of No Return.

It had just become available on video and I rented it from the neighborhood video store (remember those?) and we watched it together. She died a year later, so this is a bitter-sweet memory, as you might guess.

I remember she was a little uneasy with all of the early violence, but when Gabriel Byrne made his appearance, she looked at me and said “Oh, he’s a handsome one, isn’t he?” And I just grinned at her.

I had seen the original upon which this was based: La Femme Nikita, directed by Luc Besson. It was an intriguing mystery/action film with an amazing lead, Anne Parillaud, who would appear a few years later in two Gabriel Byrne films, The Man in the Iron Mask and Frankie Starlight. In Nikita she was a honed, toned, and ultra-violent young woman who made you think twice. It was a really striking performance and the film itself was inventive, taking, as it did, its story from the myth of Pygmalion and Galatea.

A Greek myth, you say? Well, yes. Pygmalion was a sculptor who had decided to remain a bachelor, finding women of his time unsuitable and without virtue. He decided to carve a statue of ivory and, when he was finished, he realized he had made the most beautiful woman he had ever seen. And he promptly fell in love with her. Aphrodite, as we might expect, took pity on him and breathed life into the statue. She became Galatea. They married and lived happily ever after.

The story of Pygmalion’s intense love of his own creation became a template for later writers. It most famously inspired George Bernard Shaw’s play, called Pygmalion and later, a film of the play, also called Pygmalion, starring Leslie Howard and Wendy Hiller–which was then turned into a musical called My Fair Lady.

Funny how those Greek myths come back to haunt us, isn’t it?

Luc Besson’s updated version is decidedly post-modern, complete with drugs, nefarious doings, and undercover ops. Professor Henry Higgins and Eliza Doolittle are nowhere to be found, but that’s just fine. This remake, which was also known as The Assassin in the UK and Europe, is perhaps less interesting on some levels, but it had the attraction of Gabriel Byrne in the role of “Bob,” the operative who molds a young woman, in this case Maggie, into someone he can use. And then falls in love with her in the process. 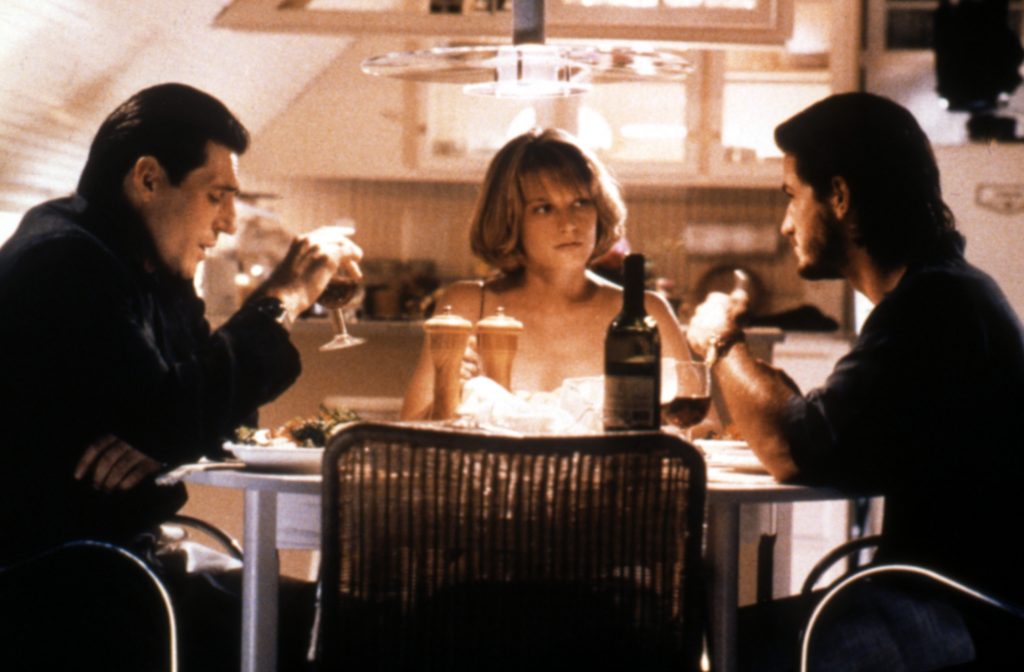 The movie was not that engrossing for my mother, despite the high-performance action and the special effects, and I could tell she was losing interest. Suddenly we both became aware of the scene in which “Uncle Bob,” Gabriel’s character, protects the cover of his protege and makes up a story about Maggie riding a wild black horse as a young girl. It is a rather remarkable bit of play-acting in this mostly formulaic movie and my mother watched with attention. At the end of it, she placed her hand on my arm (I was of course completely attuned to what was happening on the screen at this point), and I remember looking at her and she said:

“It’s not really a great movie, though, is it?”

“No, not really. But it has some good parts.”

“I like her. Very interesting story.” “Yes, she’s great.”

“But he’s the best thing so far,” observed my mother. 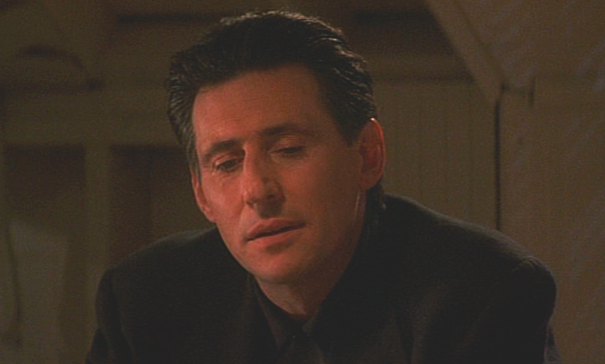 And that is pretty much what you need to know about this film. Bridget Fonda stopped making movies in 2002 and she married the film composer Danny Elfman. They have a son and she has been inactive in films since. She had some good roles during her career (Little Buddha, The Road to Wellville and Jackie Brown are stand-outs) and you should note that she did a great job in this film as well. She and Gabriel were an interesting clash of characters and wills and together they created an emotional core for this film that the original actually lacked. But the director was John Badham and so action generally takes precedence. This is an American remake and remakes of French films tend to result in fare more for “American” tastes. Without subtitles. Too bad.

The other important thing you should know is that Gabriel Byrne is hot in this movie. He may wear dark colors and appear dour, but his eyes are dazzling and his smile lights up everything around him. He commands your attention in a way that is thrilling. Though not the leader of this group, he always seems to be in charge. And he shoots a pistol (accurately!). And he takes a beating from a woman (twice!). How much hotter could he get?

The Point of No Return Mega Movie Page brings you all of the Gabriel Byrne goodness that this film has to offer: video, screencaps, reviews, and more. Get out your little black dress/cool dark suit and your water pistol and your mojo and enjoy some Nina Simone on the soundtrack and some Bridget Fonda being tough and also vulnerable. Most of all, enjoy Gabriel Byrne, playing an Irish trickster with a burning soul.