Updated July 3: The Joe Jackson Interviews Plus with Audio

Mr. Jackson  has released Part 1 of the audio downloads of the interviews with Gabriel Byrne [Please note: this audio file is no longer available]. This is the same interview he has  published in his book (see below for more information).

The audio offers the listener the chance to experience the conversation between Joe and his subject, Mr. Byrne, complete with pauses for new cigarettes, the occasional laugh, and the full complement of Mr. Byrne’s Irish brogue  These audio files let us participate in an intimate conversation between Joe the Journalist and Gabriel Byrne the actor, the thinker, and the person.

If you would like to experience Part 2 of this interview, may we suggest that you purchase Part 1? Joe is holding Gabriel Byrne, Part 2 hostage until he sees that there is sufficient interest for him to publish the rest. So, if you want the next installment, head over to Part 1 and pay up! 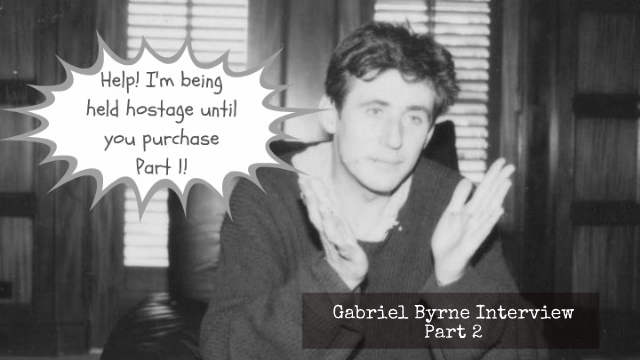 Comments on this posting are now closed.

Buy the book, give it a read, and share your thoughts with Mr. Jackson in these places:

Amazon.com (as a customer review of the book)

I personally look forward to hearing what everyone has to say!

Mr. Jackson has provided four audio clips from the 1988 interview at YouTube.

Here is Gabriel Byrne talking about being a sex symbol. Someone needs to create a video response!

Joe Jackson has published his first of a series of Joe Jackson Interviews Plus and his inaugural book contains two interviews with Gabriel Byrne. These interviews are from 1988 and 1992 respectively.

“I loved it,” said Gabriel after he read the interview. “At first I was nervous about the controversial aspects but then I got it. Now I am excited about it all. Those really were provocative questions and you set them in such a way that I came up with answers I mightn’t otherwise have expressed, in some cases even articulated to myself! It’s the first totally honest, soul searching interview, I have done.”

In Gabriel Byrne: The Joe Jackson Interviews Plus, the author presents for the first time in print the full, unedited transcript of that 1988 Hollywood interview Gabriel describes as his “first totally honest, soul searching interview.” He also tells the back story of the interview, including phone conversations with Gabriel, in which the actor expresses his fears about how readers in Ireland will respond to, for example, the admittance that he once smoked marijuana. Also, for the first time time in public during that interview, Gabriel discussed his life in a seminary and tendency towards excessive drinking. Plus a host of subjects from sexual politics, hero worship, female fans who “fancy” him, the influence of cinema, the films he made, his feelings of social inferiority and hopes for the future in 1988.

Also included is a similar length, nearly 9,000 word 1992 interview which explores even more deeply Gabriel Byrne’s views on the political uses of cinema, particularly in relation to the battle between the sexes, how his view of women was altered by watching Ellen Barkin give birth, his dreams as a father and the fact that at that point he was happier in his life than ever before. The author also includes the Back Story of this interview.

Both interviews will soon be available as MCDs and/or MP3 files.

Gabriel Byrne: The Joe Jackson Interviews Plus is available from Amazon and from joejacksonjournalist.com. It will soon be available for other Ebook readers and a print edition will follow perhaps later this summer. 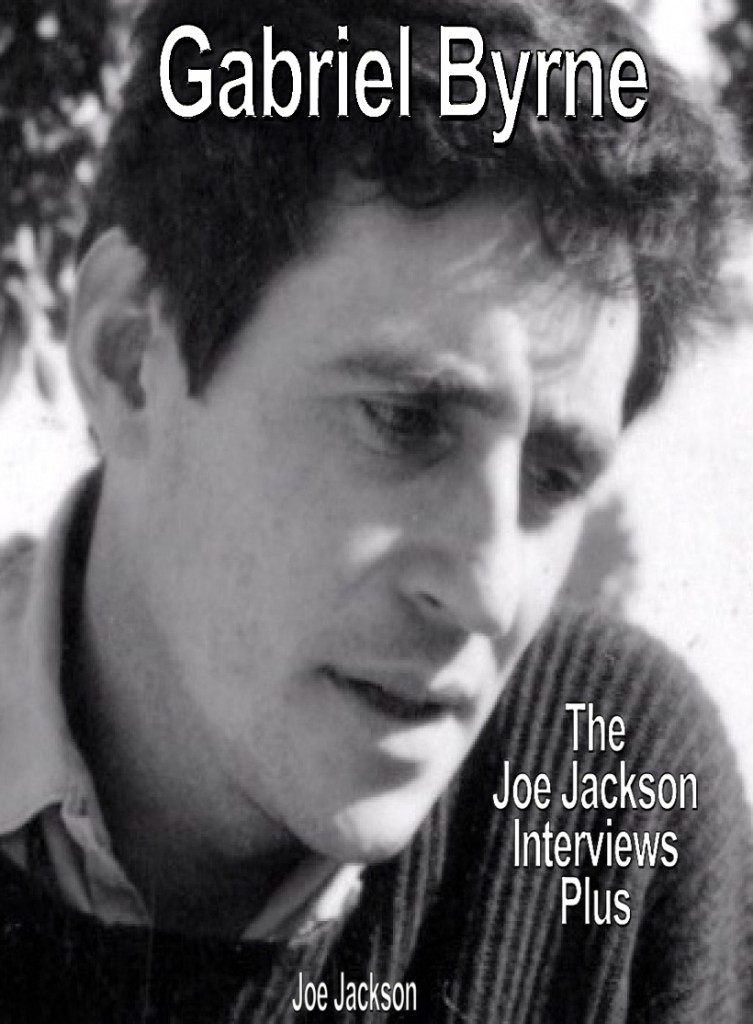 So, there you have it. This is one of those times when you have to pay to play. Buy the book, give it a read, and then YOU can tell him what you think! Feel free to comment here on the main site in the comments section of this posting or at Mr. Jackson’s Facebook page. You can also leave a review at Amazon. I personally look forward to hearing what everyone has to say!

Mr. Jackson and I have had an on-going conversation about this new book. I have shared my reservations with him and he has responded. I can report that he did make two minor alterations based on my observations but, on the whole, he stands by what he has written.

I will note that my reservations center, not on the interviews themselves, which are generally really good, but rather on the Plus part of his book, the back story. Mr. Jackson countered each one of my objections regarding this section. We fought a good fight. I am not certain who won, but I rather think he did. smile

As I have noted previously, I am not interested in censoring or otherwise obstructing the flow of information. I am a librarian, after all! I have had my opportunity here to express my concerns, however obliquely. I do not want to influence anyone particularly. You need to make your own judgment, as a reader, and arrive at your own conclusions.