Well, they are not all warriors, but several new folks have been added to the acting roster for the History Channel’s new scripted series, Vikings. And once again the Irish Film and Television Network (IFTN) gets the exclusive:

Australian actor Travis Fimmel has been cast in the lead role in upcoming Irish co-produced mini-series Vikings, which will begin shooting in Co Wicklow next month.

Mr. Fimmel is known for his television work and is now involved in several film projects. His sexy ad campaign for Calvin Klein deserves a mention, too. Casting Mr. Fimmel as Ragnar leads us to believe the story of Vikings may be one of brains versus brawn, but it is too early to tell. He might be both. We shall see. 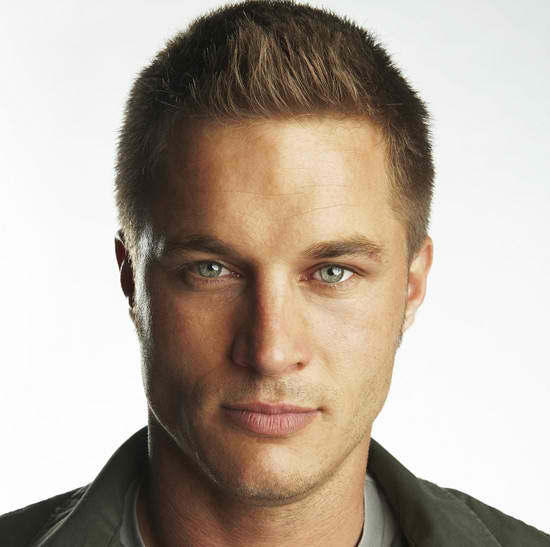 If you kill Gabriel Byrne, we will never forgive you.

The Hollywood Reporter tells us that Earl Haraldson gets a wife and more Vikings are on the way:

The series, described as a look at Viking culture from within as well as an adventure and family saga, has also added Travis Fimmel (The Beast), Gustaf Skarsgard (The Way Back), Clive Standen (Camelot) and Katheryn Winnick (Bones) to its cast.

And for the completists among us (and you know who you are!), here is the entire press release from The History Channel:

Johan Renck (Breaking Bad, The Walking Dead) and Ken Girotti (Rescue Me, Law & Order: Criminal Intent) are set to direct multiple episodes of the series. The announcement was made by Nancy Dubuc, President and General Manager, HISTORY and Lifetime Networks.

They join previously announced Golden Globe® Award winner and Emmy® Award nominated actor Gabriel Byrne (In Treatment, Usual Suspects, Millers Crossing) who will star as Earl Haraldson, the most important local ruler in Ragnar’s district, and George Blagden (Les Miserables, Wrath of the Titans) who will play Athelstan, an Anglo-Saxon monk captured by Ragnar on his first raid on England.

VIKINGS will be a series high on adventure, exploration, conflict, warfare and bloodshed – for these were extreme times – but, at its heart, it will also be a family saga. It follows the adventures of Ragnar Lothbrok, a historical figure, and the greatest hero of his age – and the gripping sagas of Ragnar’s band of Viking brothers and his family – as he rises to become King of the Viking tribes.

Ragnar Lothbrok (Fimmel) is based upon the real-life Viking leader who literally exploded out of Scandanavia and onto the world stage in the 8th Century. A young Norwegian farmer with a wife and family, Ragnar is deeply frustrated by the unadventurous policies of his local chieftan, Earl Haraldson (Byrne), who continues to send his Vikings raiders east every summer, to the Baltic states and Russia, whose populations are as materially poor as themselves. Lagertha (Winnick) is the first wife of Ragnar’s and their marriage is a love-match. Ragnar was first attracted to Lagertha when she came to fight for a local Norwegian ruler against an invading Sweden. Floki (Skarsgard), based partly on the Norse god Loki, is an impish character and ship builder who designs and builds the prototype of the new generation of Viking ships which can sail across the open ocean but also up the shallowest of rivers. He is a design genius and he allows Ragnar to fulfill his dreams of sailing west and discovering new lands and new civilizations. Siggy (Gilsig) is Earl Haraldson’s beautiful wife and an enigmatic character. She performs her duties impeccably and with style, but she may not be completely loyal to her husband. Rollo (Standen) is Ragnar’s cousin and initially one of his closest friends, involved in his early raids. But soon becomes jealous of his fame and success.

VIKINGS is an international Irish/Canadian co-production being co-produced by World 2000 and Take 5 Productions. HISTORY will broadcast domestically. MGM Television will bring VIKINGS to the global audience, serving as the international distributor outside of Ireland and Canada. VIKINGS is produced in association with Shaw Media, and the series will air on History Television in Canada. Nancy Dubuc, Dirk Hoogstra, and Julian P. Hobbs will serve as the executives on behalf of HISTORY.

The series will be filmed at Ashford Studios, a newly built studio facility in Ireland. Ireland has been home not only to such acclaimed recent TV dramas as The Tudors and Camelot, but also to treasured feature films such as Braveheart, My Left Foot, Excalibur, Barry Lyndon and The Spy Who Came in From the Cold. All post production, visual effects, sound design and music composition will take place in Canada. 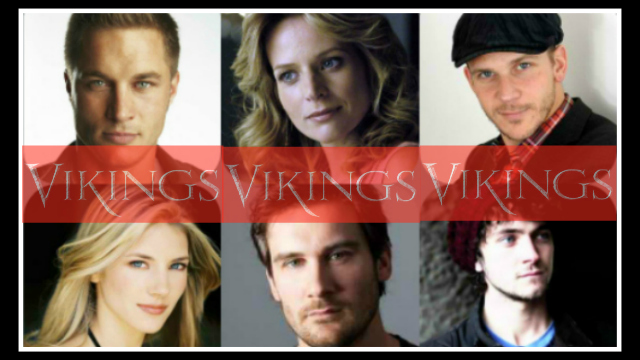