Nothing seems more appropriate, as we head into the New Year, than looking back over the fifty years of programming provided by RTÉ and celebrating the past.

WorldIrish.com [As of September 8, 2016 this website is no longer available] has created a profile of what was originally called Telefis Éireann in honor of this anniversary and they have included several videos which chronicle the five decades of television programming (briefly! These are about 2 minutes long). Here is one that mentions Gabriel Byrne:

There is a plan to make more archival footage available on the RTÉ Player over the next year as this anniversary is celebrated, so stay tuned! We might be watching an episode of Bracken someday soon! 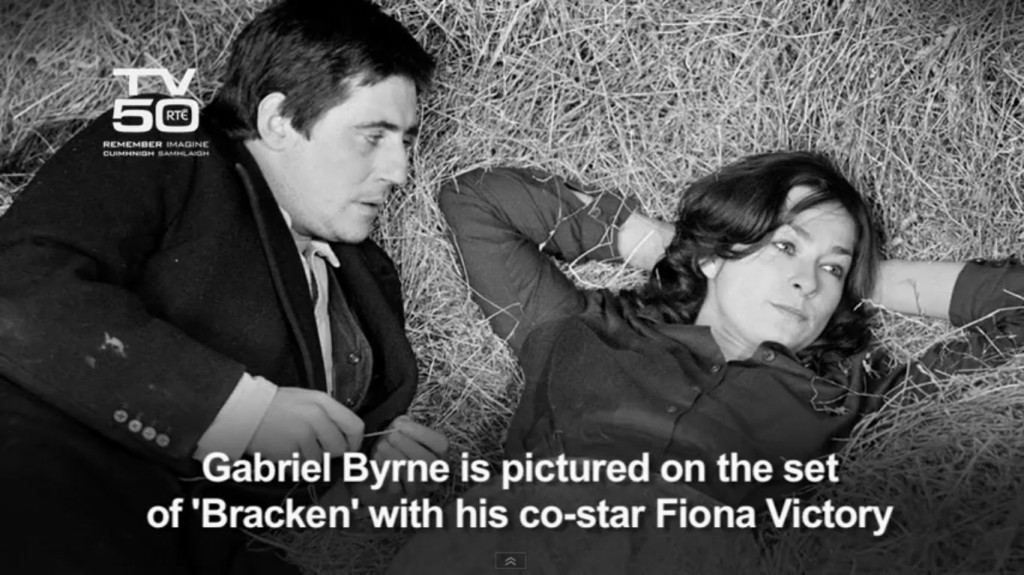 Thanks to Kim S. for the heads up on this! Was typing so fast when I posted this that I forgot to say thanks to Kim!