Here is the first interview with star Gabriel Byrne discussing the new Channel Four series, Secret State (AKA Coup). The series is set to air in November on the UK channel. We are anticipating this new series with something bordering on reckless abandon–the previously published trailer has Byrneholics everywhere already sitting on the edge of their respective “thudding” chairs. This interview fuels the fire, as you will see (pardon the mixed metaphors, but they are just an indication of the level of self-medication that is going on as we wait and wait and wait for this new show!).

Note: the links in the interview are provided by me for your reading pleasure.

The following feature is available free for reproduction in full or in part. [Note from Stella: isn’t that great!? Thank you, Channel 4.]

Tell me a bit about the project, what attracted you to it?

I think the first requirement of a thriller, no matter what it has to say, is that it must excite you. You must want to know what happens next. Tension is the most important, ingredient of the language of the thriller. You can’t have Chekhov in a political thriller. You have to have what happens next as your predominant business.

Within the context of that, a thriller doesn’t examine complex emotional behaviour, but it provides the framework to examine some very complex social and political issues. The challenge, from an acting point of view, is to get beneath the language of the genre and suggest a complex humanity, and that’s very interesting to me. 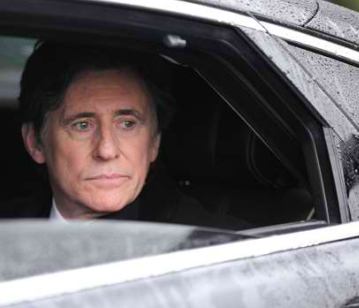 You mentioned Secret State examines social and political issues. Could you expand on what those themes might be?

Secret State looks at many things which are currently extremely relevant and touches on almost imperceptible but subterranean changes in the British political landscape; the collusion between government and big business, and the nature of the relationship between the media and government; the rise of terrorism and the equivalent rise of surveillance; what constitutes integrity in a politician; what does a government choose to reveal, and how does it cover up; what is in the interests of the public and what is not in the interests of the public; can there be transparency in politics; the influence of a huge corporate interest in government, and in this particular story, the development of a highly dangerous fuel to propel drones from one place to another.

It sounds like we were imitating the headlines, but actually one of the problems of doing a contemporary thriller is that you have to race to beat the headlines. The major incident that happens in this that gives rise to the story is a huge petrochemical explosion in a small town in Northern England, where they’re developing a drone fuel.

Just a week before we finished it, there was a story in the paper about the development of nuclear-powered drones, and a probable scenario where what we’ve come to regard now as conventional warfare will be obsolete – so tanks, guns, regiments, all that stuff, would be replaced by the possibility of a drone that can fly at jet speeds over continents with a nuclear payload.

Now, at the moment what we have is a situation where the American army can bomb a village in Afghanistan or Pakistan from Las Vegas. That sounds beyond Orwellian, but it’s only the beginning.

What does a drama like this do to its audience? Are you contributing to cynicism about politics by portraying government as being in the pocket of big business?

I think the function of a really good political thriller is not providing the answers, but to raise questions. And that’s why I believe these kinds of films are important, because you come in with the really big ideas on the back of a gripping story.

I think, if we’re really honest, we all make a collective bargain with denial, and we allow things to pass because we either just haven’t got the energy to concentrate on them, or because we don’t want to know the reality of it.

But we have to find a way between being, in a vague way, terrified of everything that’s happening and going to happen, and a sense of our own responsibility as people who elect these people, and that we must hold them accountable and call them to task. 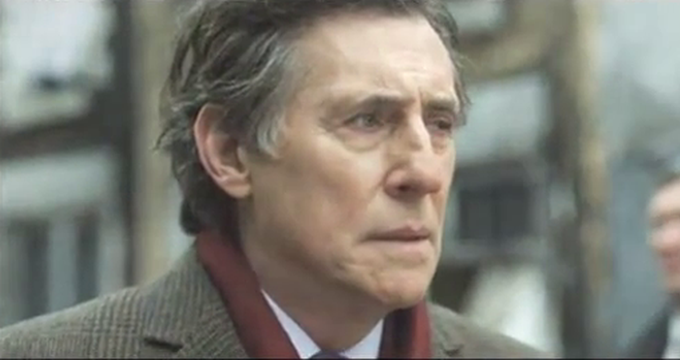 Tom Dawkins, your character, is the Deputy Prime Minister who suddenly finds himself in the top job, and wants to do the right thing.

Yes. One of the things that’s interesting about this drama is that we’re talking about a politician that speaks the truth, a man of integrity who stands up to the status quo. The best description one can give to this is that it’s a political fable.

And he finds, as you’re pointing out, that it’s not always that straightforward to do the right thing in senior political office.

It may be impossible. We have an incredible, almost naïve childish optimism in the notion of leadership and democracy, this notion that “He’ll be the one”. It’s what’s amazing and kind of frustrating about democracy and Britain isn’t unique in this respect.

Obama was elected on a tidal wave of public optimism and anti-Bushism, with the feeling that this is the future, and it’s young and its hip and it’s black. It’s now common talk in the States that Obama may not get re-elected. That’s only four years later. The fact is that there’s a feeling of betrayal, as there was with Blair. But that’s because one man cannot change an entire system.

The original source material is A Very British Coup, Chris Mullin’s book (and TV drama). But it’s been extensively re-worked, hasn’t it?

I would say there’s no comparison, really. The original story posits the idea that a radical left politician is elected. And you can immediately see, dramatically, how that would work. An Arthur Scargill in 10 Downing Street. This isn’t so much about opposing political forces as about a man who comes from you don’t know quite which party.

About two years ago, I was appointed the cultural ambassador for Ireland in America. It brought me into the world of governments and diplomacy and so forth. To be the kind of politician that I would like to be, I don’t know that I would have the reserves to do it. It was interesting to talk to Chris Mullin [ former Labour MP] about his knowledge of people. You could say to him “What’s so-and-so like?” And he’d have great little stories about all of them. I don’t know that you can retain your idealism and work within the conventional political set-up. But if I did, the people I admire are people like Tony Benn, Shirley Williams, Neil Kinnock. Though I would never declare my political allegiance.

Secret State is on Channel 4 this November.