Yes! Heading our way in the New Year is Gabriel Byrne in Vikings! It has been some time since Mr. Byrne has appeared in an historical drama and this one looks like a winner. It has all the hallmarks of a good rousing tale and it was shot exclusively in Ireland (always a plus!). While we do not expect Mr. Byrne’s character, Earl Haraldson, to survive this story of adventure and early exploration, we do assume he will give it his best and provide us with an imposing protagonist, a worthy opponent of Travis Fimmel’s Ragnar. Let’s see what happens! 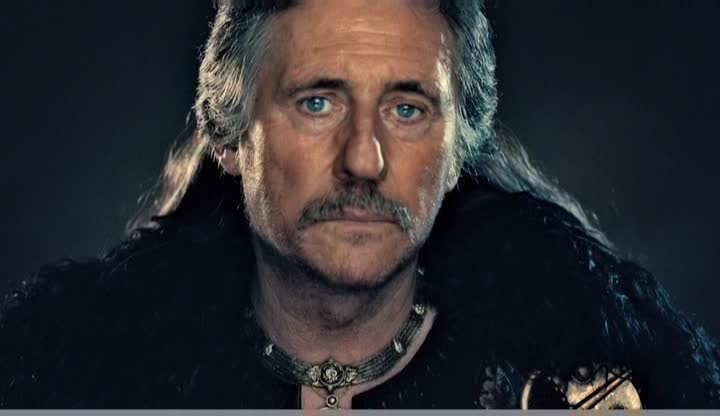 [Please note: this article is no longer available]

While Vikings is filled with conflict, warfare and bloodshed – for these were extreme times – it is a family saga at heart. It follows the adventures of Ragnar Lothbrok (Travis Fimmel, The Beast, Baytown Outlaws), a curious, compelling  man who is always looking to break through barriers and discover new worlds to conquer. A young farmer and family man, Ragnar is deeply frustrated by the unadventurous policies of his local chieftain, Earl Haraldson (Gabriel Byrne, In Treatment, Usual Suspects, Millers Crossing), who continues to send his Vikings raiders east every summer, to the Baltic states and Russia, whose populations are as materially poor as themselves.

Vikings will chart Ragnar’s ambitions to discover civilizations across the great ocean to the west as well as his inevitable conflicts along the way. With the help of his jester friend Floki, (Gustaf Skarsgard, The Way Back), they build a new generation of boats – faster, sleeker and more beautifully crafted than anything else on the sea…

Vikings is an international Irish/Canadian co-production being co-produced by World 2000 and Take 5 Productions. HISTORY will broadcast domestically in the U.S.

Finally! After all of the Gabriel Byrne projects that are available in Europe and the UK, it is so nice that one of his productions will be shown originally in the United States!

SneakPeek.com tells us that fans are going berserk for Vikings, Entertainment Weekly reminds us that The History Channel scored recently with another scripted series (Hatfields and  McCoys), and The Hollywood Reporter informs us that “the nine-part series will kick off at 10 p.m. Sunday, March 3.”

The Storm Is Coming (watch this in full-screen mode for the best effect!):


If you blinked, you missed Mr. Byrne in this promotional video. Here is a screenshot of his 2-second appearance: 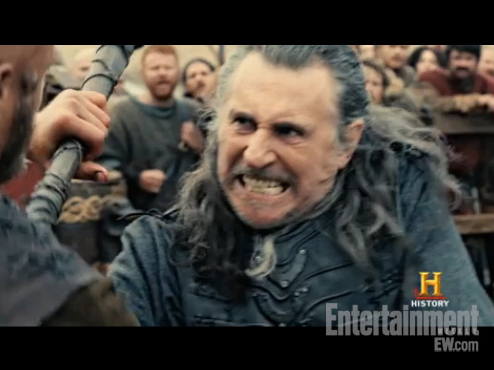 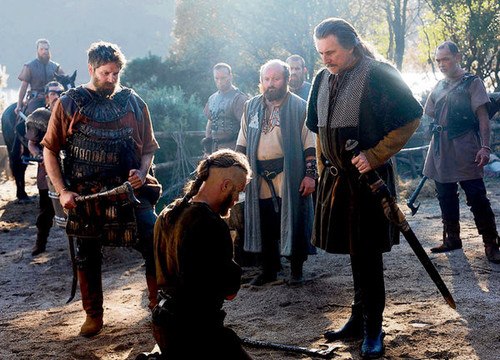 Here he is looking a bit more civilized…

A rare critical preview from Stella:

Ok. I am excited about this series. The History Channel is moving into new territory with its scripted series and Vikings has a wonderful creator, writer, and executive producer in Michael Hirst. Mr. Hirst penned one of my favorite historical films–Elizabeth (1998)–and has since moved on to television series, including The Tudors and The Borgias. The Vikings cast is great and I am very interested to see Mr. Hirst’s interpretation of what life was like during the 8th-11th centuries in this part of the world.

And to all of the Game of Thrones fans who commented on the first promo video for Vikings: Yes, the tagline seems a bit of a steal (“Winter is Coming” vs. “A Storm is Coming”) and the use of the raven imagery is similar. However, these two series are worlds (literally!) apart. Game of Thrones is fantasy. Vikings is billed as “scripted history.” One can be a fan of both, of course. And that is what I plan to be… 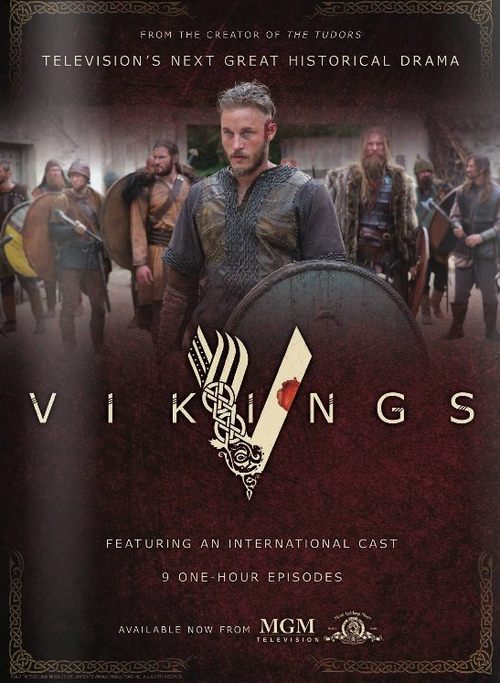