We have been covering I, Anna, Secret State, and Quirke on the main site and there are several articles you can read about these three projects. 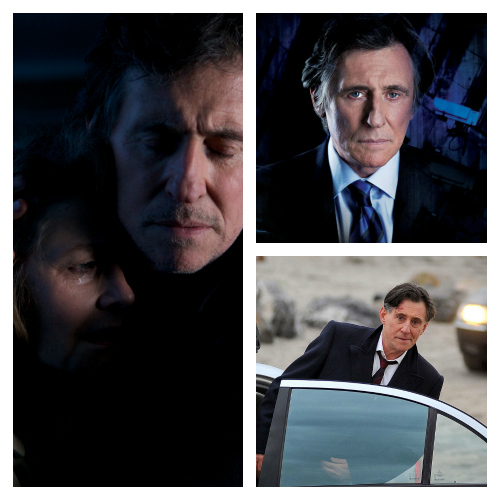 Something slipped by about Secret State, though:

Our politicians are too boring–I was inspired to play PM by Prince Charles, says Gabriel Byrne

The Hollywood star said there was no point emulating current politicians because they are too BORING. Instead, he watched footage of Prince Charles to get inspiration.

He said: “You couldn’t imitate David Cameron or Nick Clegg because there’s nothing there to imitate.

“With Meryl Streep playing Thatcher, she had a caricature of a character to latch on to. She had the handbags, the voice, the wig. There’s nothing to latch on to with Tony Blair, Cameron or Clegg in terms of their public persona.

“But I enjoy studying their body language. When they get out of cars, they button their coats because it gives them a subliminal sense of purpose and urgency… 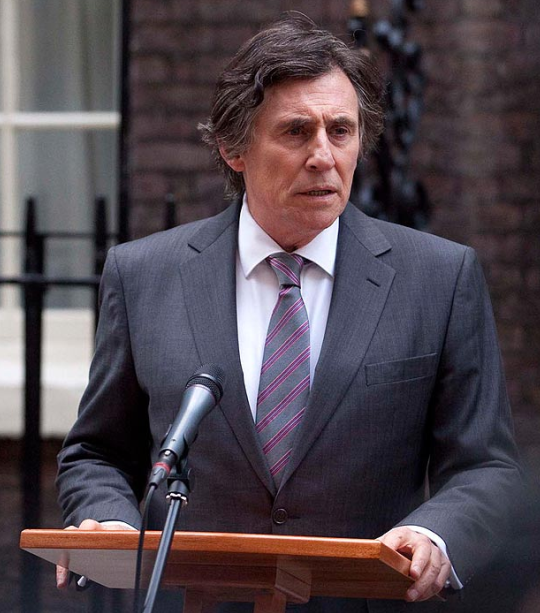 Where have these people been? Mr. Byrne has been a heartthrob forever!

There is also a lovely picture of Rupert Graves in this Sun article, so be sure to give it a read. The DVD was released on December 3 at AmazonUK. Mine is wending its slow and deliberate way across the pond now.

I know one Byrneholic who saw this on the big screen in France. It is difficult for us to watch Mr. Byrne play a bad guy, I think. And in this film he plays a real jerk, apparently. And apparently he does it very well! I am personally glad that he had a chance to work with Costa-Gavras again. And, sad to say, I have no French, so all those French reviews, which I would love to share with you, are Greek to me–although, from what I can gather, response is mixed. Let’s see if this film gets a release in the US. And presumably, there will be a DVD release at some future time. Then we can all watch it and make up our own minds.

The first promotional image for Vikings that includes an image of Gabriel Byrne in the role of Earl Haraldson was published. Wahoo! The series is set to premiere on The History Channel in March, 2013. 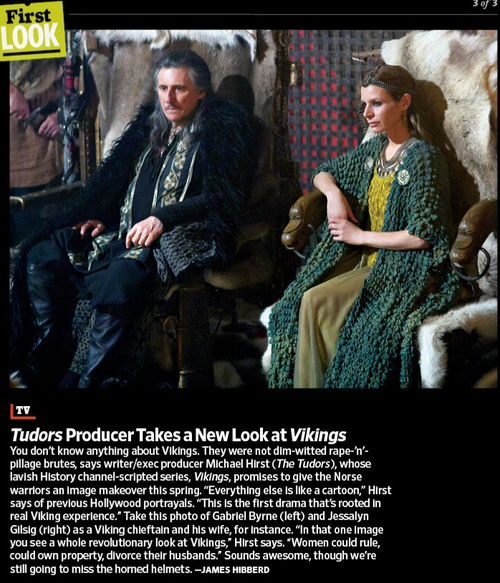 lecture/interview at the IADT in Dublin

Gabriel Byrne will give the National Film School lecture at IADT this year, it has been announced.

The ‘Usual Suspects’ actor will give a public interview in front of IADT students and film fans alike on Monday, December 3. Roger Greene, the programme co-ordinator of the MA in Broadcast Production at IADT, will facilitate the interview.

Byrne is currently filming BBC series ‘Quirke’ in Dublin. The Dublin-born actor is playing pathologist Garrett Quirke in the three-part series which is based on John Banville’s (Benjamin Black) series of novels.

“It is essential for a director to take an acting class” was the advice veteran actor Gabriel Byrne gave to aspiring filmmakers at the National Film School in Dun Laoghaire last night.

Addressing the 100-strong crowd, Byrne, who is in Dublin filming upcoming BBC drama ‘Quirke’, spoke at length of the good and the bad that has come with his 30-year career, and told how at times he chose projects for the money rather than the role.

“There have been projects that I’ve done for money and they went on to be commercial successes,” he said, adding: “If you’re not very careful as an actor or director you can be very quickly typecast. Play against who you are. Most people think I’m a very serious guy [which is why I get serious roles]…”

This amazing set of portraits was brought to light by Det. Logan and we thank her for her detective work! For more on Paul Stuart, visit his Instagram. 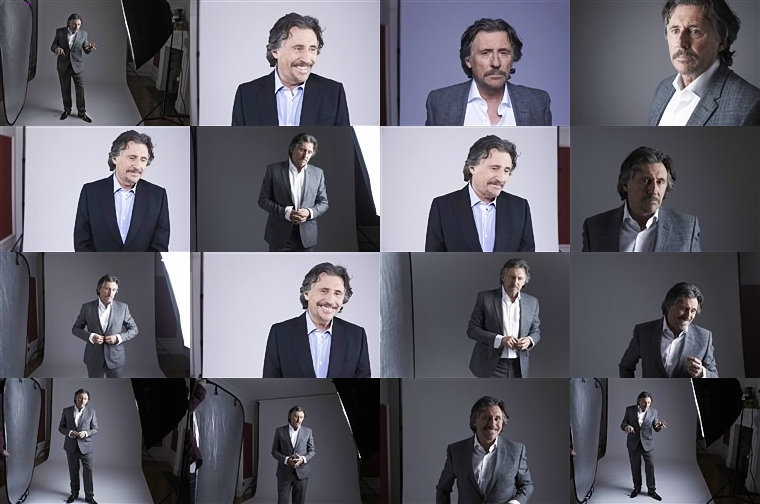 Irish Central: The West’s Awake: A different Ireland of the Welcomes-The Gathering Ireland 2013, by Cormac MacConnell

Especially in the West from which so many of our  lost generations have had to flee, right up to this very day, because of the failures of successive governments down all  the years. There is a cruel irony here.
Government Minister Michael Ring sharply criticized Byrne’s remarks calling The Gathering a scam. Ring called Byrne “unpatriotic.” I strongly disagree.

Ring, from Mayo, who will never serve as a cultural ambassador himself for sure, is a member of the body politic which has never treated the citizens of the diaspora with any kind of respect or affection. Ireland is almost unique in the developed world in not allowing overseas citizens the right to vote in their beloved homeland, for example. That is a scandal.

The naked message now, as Byrne properly pointed out, is “come home to Ireland, come back for a Gathering and spend, spend, spend.”

And @BigTamConnery, who tweets with a decidedly Scottish accent, wrote this, and I thank him:

It’sh amongsht the besht I’ve heard (well, he hash the equipment for it, a good ear, a good voishe, the ability to rumble, Celtic rootsh). 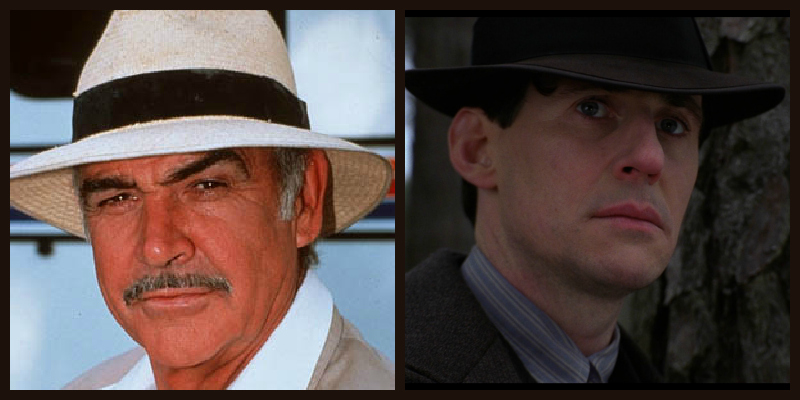 last but not least, a note about love

Independent.ie [No longer linked because the URL usually does not work]

Gather around. I’ve something to tell you. Gabriel Byrne, former Cultural Ambassador, current truthsayer on all matters Gathering and perennial heart-throb, is in love. Actually head-over- heels in love.

I knew he had an extra special twinkle in his famous blue eyes when I met him for lunch on Monday in the Shelbourne. And so it proved.

“I’m in a committed relationship. She is lovely, intelligent, beautiful, absolutely beautiful,” he told me.

I’ve seen pictures of her and she is indeed absolutely beautiful. And hey, you read it here first – her name is Hannah Beth King, and she is a film-maker.

We do not speculate about Mr. Byrne’s private life on this website. We have the Forum for that, and even there we have rules! Despite the many broken hearts and dreams of fans everywhere, I am sure everyone wishes these two all the best! heart