It is always nice to welcome a new fan to Byrneholics, especially when she, like me, is inspired by Mr. Byrne to write reviews, create images, and contemplate the man and his art.

This is a lovely review of the French version of the film by Magalie. She and I worked on this English translation together.

There are SPOILERS for the film, though, so please be aware!

Read more about Magalie and her introduction to the art of Gabriel Byrne at the end of the review.

In this fifth feature film by Jérôme Bonnell, a romantic life is played out in the space of ten hours.

She is Alix, a woman in her forties, an unsuccessful actress, not acting  “just for fame,” as she  often says. She lives with Antoine in Paris and gets back to his place every morning after a theatrical performance in Calais and a night spent in a hotel there.

He is Douglas, around sixty, a professor of literature, married with four  children who have had plenty of time to love him, hate him and finally accept him, as he  says to Alix. He is English and is actually going to Paris to the funeral of one of his female colleagues, a colleague who used to be his lover.

She is lively and fresh, full of energy, cheerful, but also filled with fears and uncertainties.

He is a sad man, smart, reserved, elegant, but also full of tenderness and sensuality.

Still, that morning, these two people, so far apart, will experience a delicious moment in time.

Everything starts on the train going to Paris. Alix’s eyes are attracted by this somber man, wiping his tears away. He looks up; she shies away. When she looks at him again, he looks back before  it is his turn to shy away. This will go on during the entire journey. But the  train soon reaches Gare du Nord and she knows and feels she will lose him forever. And then, unexpectedly, this unknown man approaches Alix. He is lost, he does not know the way to the Church of St Clothilde. Taken aback, she can only mumble a few words, and another passenger gives the information to the mysterious Englishman. And that is the end of it…

This is not a good start to the day. Antoine is already gone when Alix gets to his flat. She leaves a message on his cell-phone: she will be unreachable, her battery is out and her charger is in Calais. She is penniless, her bank account is in the red and her credit card is blocked, and now her audition for a new role is a disaster.

On this day, the 21st of June, everything seems to go wrong. Her way leads her to the subway, her mind breaks free, her heart is already far away.

TO JOIN HIM. This is obvious. She wants to yield to this mad desire, this desire which is gut-wrenching and makes her do anything: going to the funeral of a totally unknown woman, missing two trains, running through Paris, because something inside her is pushing her irresistibly towards this man and she cannot stop it. She cannot miss this “rendezvous” that life is offering them both. It is impossible not to find him again.

Then an old story begins, as old as time. The story of a shared attraction, a long kiss, mutual caressing, embraced bodies, intertwined minds. And when he will ask her: “Why did you follow me?” she will answer: “I didn’t follow you, I went and found you.” Because it was him, because it was her. 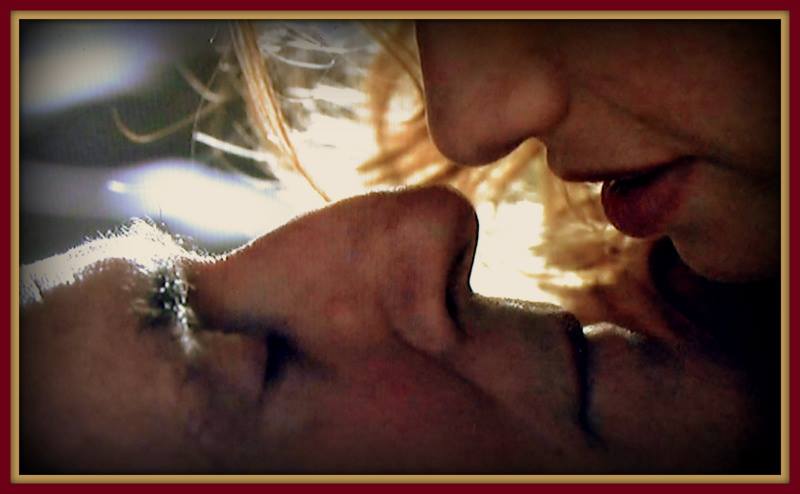 After loving him, Alix runs away for a few hours. Panic-stricken, he will wander Paris, looking for her. She will come back freely, “to say good bye,” as she will tell him. He disappears in  the elevator, with a wan face, a bleeding heart, and she races up the stairs of the hotel to enjoy his sweet  lips and feel the hands of her  fleeting lover one more time. The bodies exhausted by such love will leave room for confidences and secrets that each of these strangers will share generously, never judging in any way.

But time passes, minutes tick away, tick, tock, the countdown has begun. The train to Calais for Alix is at 6:03 PM.  The faces become tense, there is a glimmer of anxiety in the eyes, the hearts start to thump. The spirit of the Fête de la Musique filling the streets will not succeed in easing the situation. Nothing will. The eyes of the two lovers swing from the clock to each other. 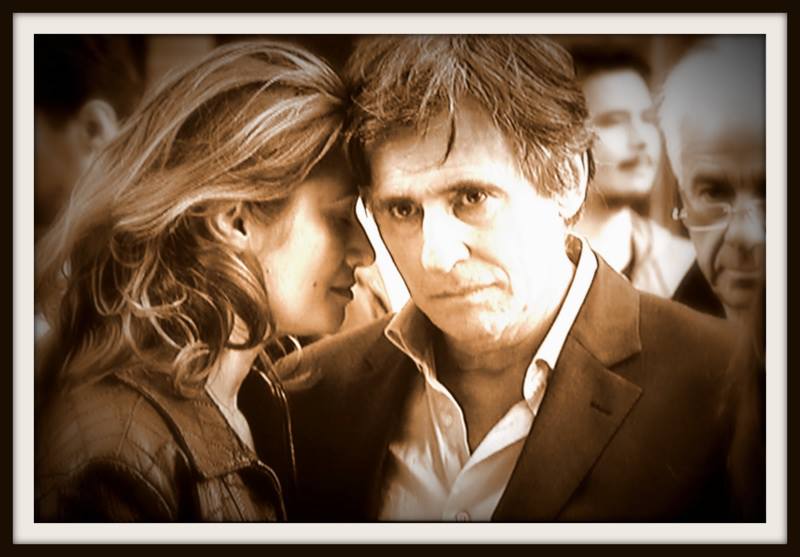 Douglas, filled with terror at the idea of losing her and discovering a growing uncertainty in Alix’s eyes, unveils his feelings, saying: “What if I asked you to come with me?” But in vain.

A taxi will take them to the station, a second and last drive, both shared and wrenching. Sweet and tender kisses, fingers intermingled. They can’t part.

Like two prisoners walking inexorably towards death, Alix and Douglas, with their eyes drenched in despair, a lump in their throats, can only give each other a gentle touch for the last time, promising to “do better in another life,” before Alix is carried away by the crowd forever. 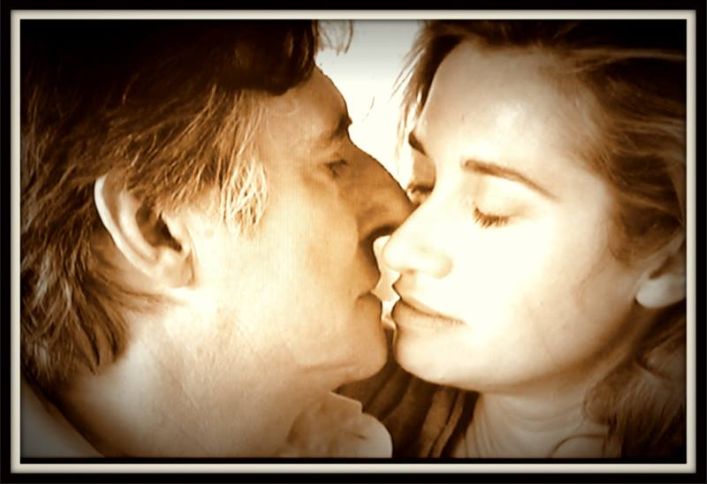 This is a deeply tender film, with a  very intense sensuality. A deeply moving film too, about love transcending two beings, torturing them but also making them so superb!

If Jérôme Bonnell and his camera glide over the sexual embraces, it is because the film is above all about sentimentality, about rediscovered adolescence, hopes and dreams, in a secluded hotel room, on a summer afternoon. This is one of those films which succeeds in exalting love, even in an adventure with no future between two busy people.  As in Lost In Translation and On Madison Bridges, you can feel that, for those two lovers, things could have gone either way. And what if? What if  Alix had not lost sight of Douglas in the station? What if Antoine had not answered her last phone call? If she had missed the train? And if they had really told each other “I love you”? And what if things were still possible? If Douglas finally yielded to the irresistible desire to find her again? Because, after all, there was an envelope in his pocket, the envelope with the drawing Alix had done of his profile. Her address was on it, wasn’t it ?

Just A Sigh rings true. It is a very decent, sincere, sweet film. The actors shine in it. Emmanuelle Devos is singularly vibrant, amusing, touching, lost. She makes you feel like running, living–you wish to burst out with joy. Gabriel Byrne is at the summit of his art with a bewitching charm. The look in his eyes alone could have been sufficient to express his desire and his broken heart. It makes you wish to love, to be protective, to hug him fiercely. A film full of humour too, sometimes burlesque. A particularly moving film that cannot leave anyone indifferent. You will love Alix for her youthfulness, her fits of laughter, her innocence, her fears. You will love Douglas for his appeal, his gentleness, and his wisdom, but also and above all, for his overwhelming expression of loss when this woman, who might  be the last love in his life, disappears. 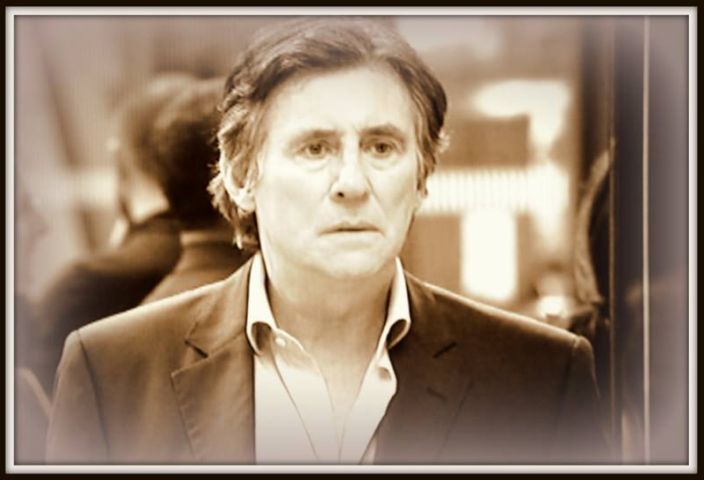 All images are from the film, captured and framed by Magalie.

My name is Magalie. I live in a big village called Verton in the North of France, about 55 miles from Calais, opposite Great Britain. I’m a teacher. My hobbies are reading, cooking, gardening, listening to music, walking, swimming and playing with all my pets.

I hadn’t been to the cinema for a very long time when I decided I would go and see “Le temps de l’Aventure” last April. I didn’t know anything about this movie but when I saw the trailer and the poster on the Internet I felt attracted right away. The music, the story and the actor moved me so much that I drove to the movie theater in the evening. I came back home in tears. Gabriel Byrne’s performance broke my heart. I think I had never seen an actor so close to the reality. It’s just as if I was hiding somewhere in the movie, unseen but being able to see it all, feel it all, even their breathings, the sounds of their touching. In the end, I went to see it 3 times and went on crying!!! I got the DVD last August and cried again!!!

I didn’t really know Gabriel, I had only seen him years ago in “The Usual Suspects.” But now I wanted to know more about him. I read many interviews, saw many Youtube trailers and shows and bought several DVDs of his main films. I did love “Autumn Hearts” but to be honest, I think I like them all and still haven’t been able to lend any of them!!! They’re part of the house now!!! LOL

I’ve been terribly moved and still am, by “Stories from Home” in which Gabriel is not an actor. I felt his deep sense of sensitivity, of delicacy, of altruism, of softness. Of course, like most women, I find this man very attractive, sexy, gorgeous but I also look at him as a very nice man, easy talking,very intelligent, cultivated, interested in other people, other cultures, who doesn’t behave like most stars do. He is true and doesn’t like superficiality and in this way, he must look like the rest of us. I think he is a true Human Being. There will always be a special place in my heart and soul for this actor who sometimes seems so lost and sad…

Many thanks to Magalie for sharing her review and her images with us!