BEHIND THE SWORD IN THE STONE: Premiere!

I’m off to Dublin!

I’ll be in the air or sitting in an airport for about 20 hours and then Dublin! I arrive Thursday afternoon.

The premiere of the new documentary Behind The Sword In The Stone, about the making of the film Excalibur (1981), is set for 8:00 pm Friday, December 20, at the Mermaid Theatre in Bray, Co Wicklow.

As an Executive Producer of this documentary, I will attend the premiere, shake hands at last with the film-makers, Alec Moore and Mark Wright, meet whoever is there, and finally see the film!

You can expect a report upon my return next week (sometime after Monday, December 23). 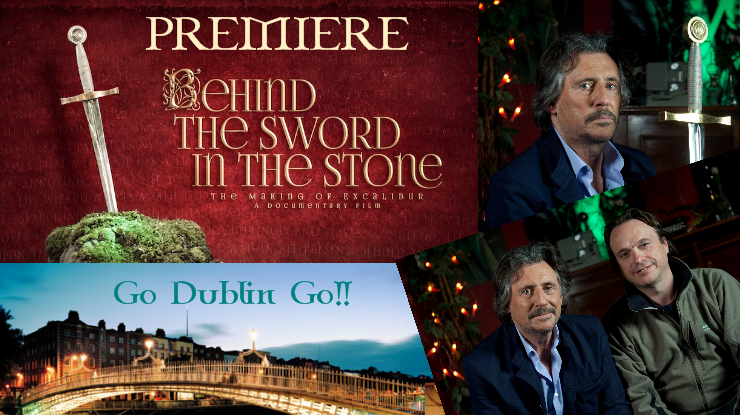 Behind The Sword In The StoneBraydocumentaryDublinExcaliburfilmIrelandpremiere