The new documentary film, Behind the Sword in the Stone, now has two Executive Producers: Philip Reeve, author of Here Lies Arthur (see more about his book below), and ME!

I have always wanted to be involved in film-making. And I think supporting independent film is a great way to help important stories be told. I am excited and proud to be able to participate in this project!

I hope you will consider making a contribution to this film. We are almost at the half-way mark in money raised. One look at Gabriel Byrne’s face as he holds the magic sword Excalibur 30 years later should motivate you…

Thanks for allowing me to (gently) twist your arm. –Stella smile 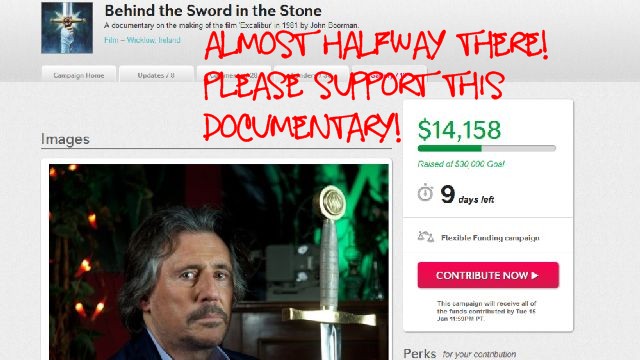 The campaign to raise post-production funds for the making of Behind the Sword in the Stone, the documentary about Excalibur, has only 11 days to go!

Please chip in $10 or whatever you can afford and support independent film. Gabriel Byrne has been a long-time supporter of the indie film community and he has made his share of these films–and some of these are his best films!

In that spirit, I hope you will take a moment and make a donation to help Alec and Mark make their dream a reality. Go to the campaign website and give a little! 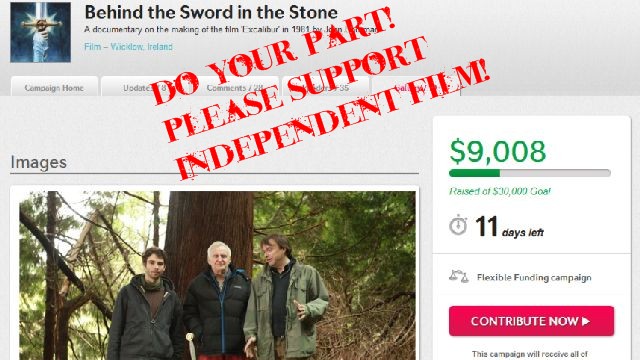 I am really excited about this project, in case you have not noticed! The film-makers, Alec Moore and Mark Wright, want to release their documentary in 2013, the year director John Boorman turns 80. What a great homage to him, the actors, and the film itself. Here is more news:

According to IFTN (Irish Film and Television News), the new documentary Behind the Sword in the Stone, about the making of the 1981 film Excalibur, has wrapped principal photography in Ireland.

Mark Wright and Alec Moore travelled around Ireland and the UK to interview the cast, as well as director Boorman, who revisited some of the film’s original locations.

Some very talented and artistic bloggers have been getting the word out about this crowdfunding project. So wonderful to see them support this documentary!

Sarah McIntyre wrote an article AND created a painting about it at her blog Jabberworks. Here is her Santa and Excalibur painting, which you can acquire (if it has been scooped up already!) when you make a donation: 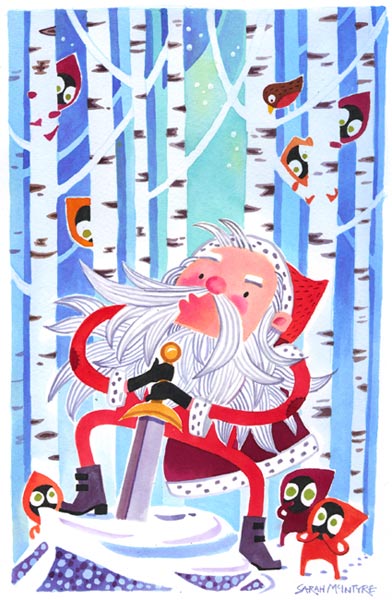 As a retired librarian, I also love this graphic of a poster she created: 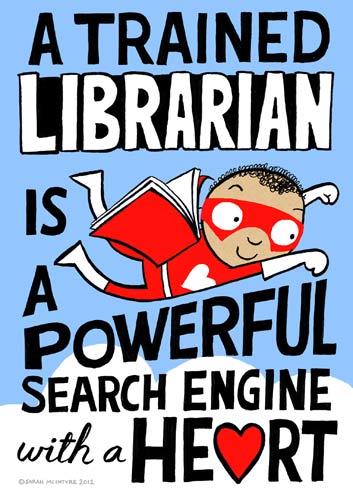 Philip Reeve has decided to help the cause by offering some of his own works in exchange for your donations and he wrote this wonderful posting about the project and the film Excalibur and what it means to him:

Excalibur was what opened my eyes to the richness of the Arthurian legends, so I would never have written Here Lies Arthur without it. But I might never have written anything at all, because it also opened my eyes to a lot of other things – it led me to seek out John Boorman’s earlier films, like Point Blank and Deliverance, which in turn led to me to lots of other great film makers; it got me reading Malory and Tennyson and Wolfram von Eschenbach and T.S.Eliot and T.H.White: it introduced me to the paintings of the Pre-Raphaelites, which in turn led to me back to the Romantics and on the Symbolists and thence to Picasso and the whole of Modern Art… In many ways, Excalibur was what I had instead of university.  Perhaps if it hadn’t been made I would have seized on some other book or movie as inspiration at that age – but perhaps I wouldn’t.  Anyway, my Life’n’Work would have been very different without it. 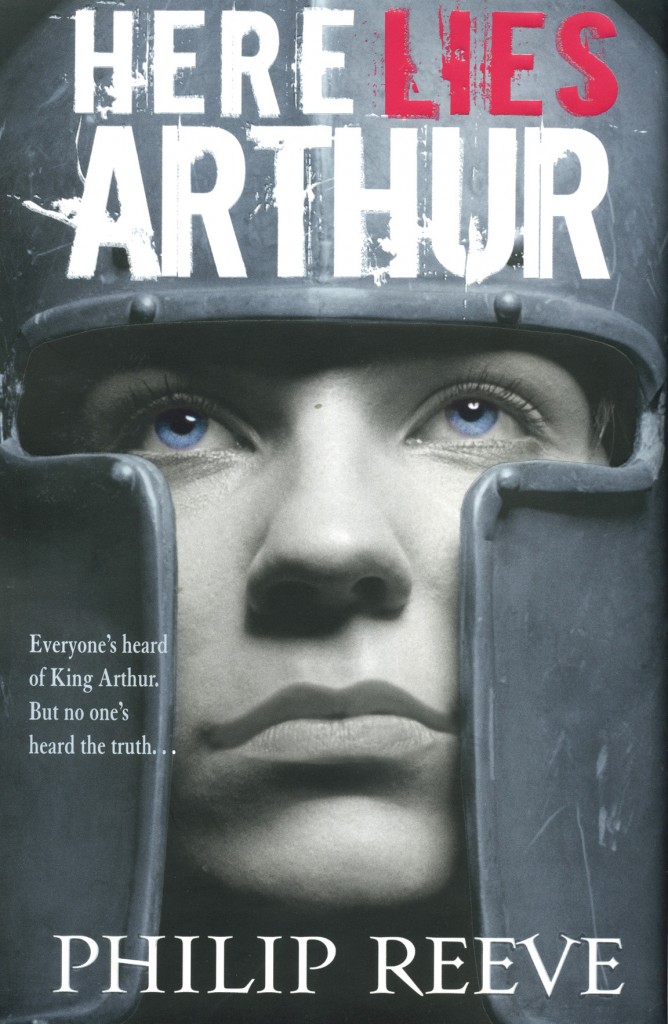 You can read more about Here Lies Arthur at Wikipedia and you can purchase it at Amazon.

I can’t make anything but Gabriel Byrne wallpapers and these postings, but I want to support this documentary! One way I can support it is to urge/nudge/cajole/wheedle you into putting some of your hard-earned cash into the bucket. So consider yourself suitably NUDGED.  $10, $25, whatever you can afford. I hope you will consider this and help get the New Year off to a grand Byrne-ing start!

Oh, and in addition to Gabriel Byrne, here are two interviewees from the documentary: 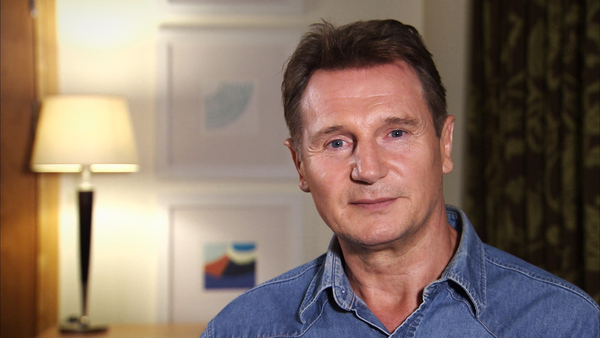 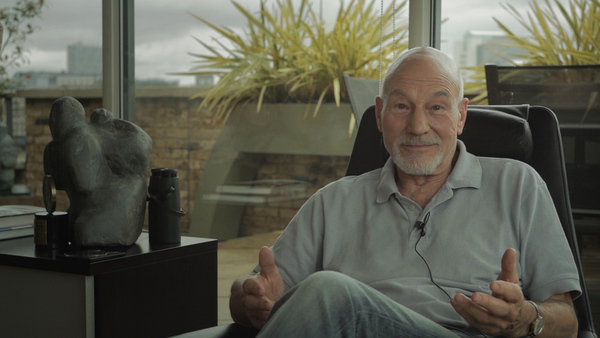 Mossy Hare Productions is a new independent film production company based in Ireland. Its two principals–Mark Wright and Alec Moore–are making a documentary about the 1981 film we all love, Excalibur. They have interviewed many of the actors from the film and the film’s director, John Boorman. So far, so good. Now they are in the last stages: post-production. And they need our help! Information about how you can assist them in making this documentary a reality is at the end of this posting. Crowd-funding a project like this is fun, but only if you participate! Make this a New Year’s resolution: help fund independent film-makers and help make this documentary happen.

Dublin, December 1, 2012 Mossy Hare Productions (MHP) has finished filming of the feature documentary ‘ Behind The Sword In The Stone ‘, which is based on the fantasy cult classic Excalibur from 1981 and which is now ready to go in post production with the help of the crowd funding platform Indiegogo (www.indiegogo.com/excaliburdoc).

The two filmmakers, Mark Wright and Alec Moore, also the founders of independent film production company MHP (www.mhp-films.com) based in Ireland, successfully interviewed the majority of the cast, including Liam Neeson and Patrick Stewart, from the film and its director John Boorman for what is proving to be an insight to the making of this epic movie and details of how difficult it was to make a film of this magnitude in 1981 before the days of CGI…

They also interviewed Gabriel Byrne and here he is with his old friend, Excalibur: 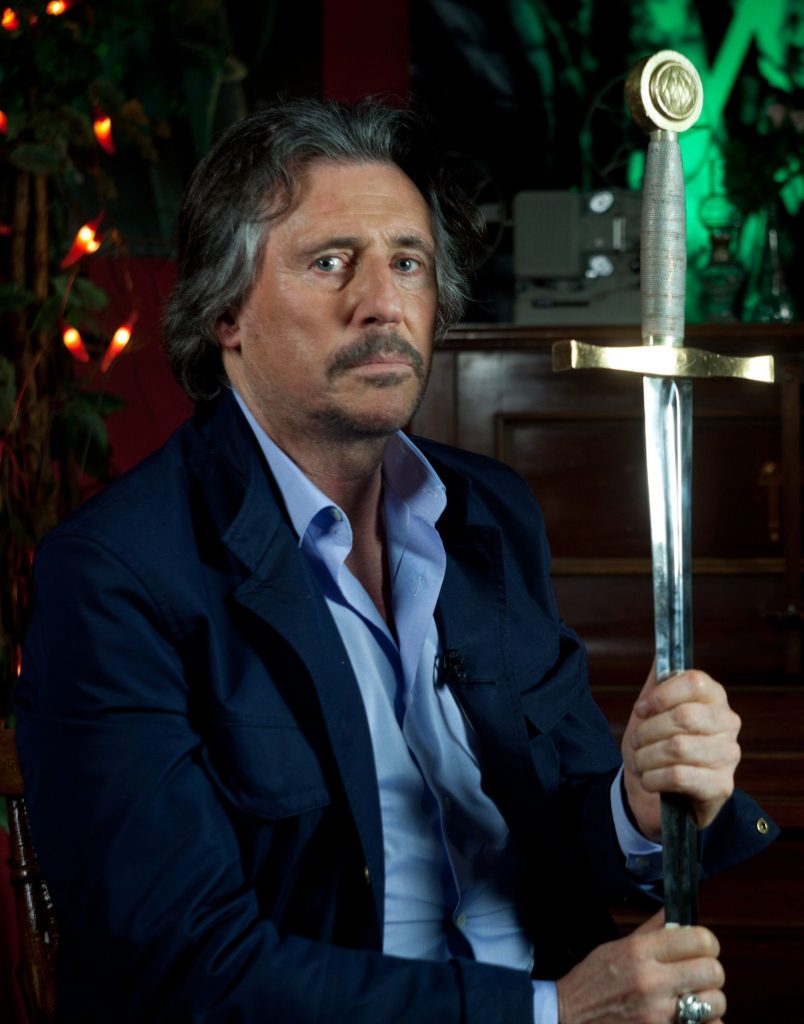 Still sporting his mustache from “Vikings,” we see…how cool to remember him as Uther Pendragon!

Ok. Now visit the Campaign website and donate something.

There are many levels: $10, $25, etc. For each level, there is a perk provided by the film-makers, such as a digital download of the completed film, signed photos, and more. You can pay with PayPal or a credit card. You can be public or anonymous. You can leave a comment–so leave an encouraging comment, give them a bit of cash, and help get this film in the can!

What a great way to start the New Year, yes? 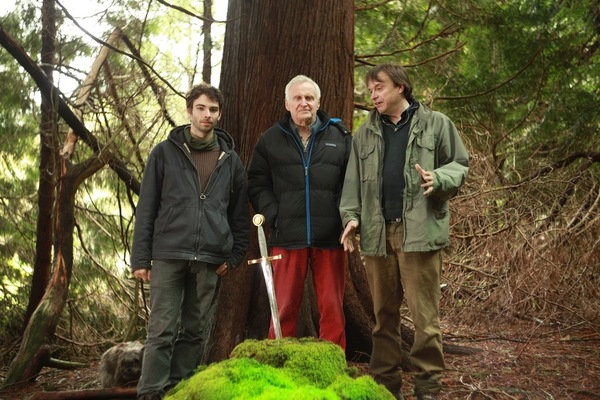 Behind The Sword In The StonedocumentaryfilmfundraisingIrelandMossy Hare Productions