JUST A SIGH Romances the USA!

Just a Sigh screened at the festival on October 12 and 14. Director Jérôme Bonnell attended these two screenings.

Between performances of an Ibsen play in Calais, actress Alix (exquisitely played by Emmanuelle Devos) travels to Paris for an audition. On the train, she meets a mysterious, stoic Englishman (Gabriel Byrne). Played out over the course of a day, the film beautifully chronicles the blossoming of an all-too-brief love affair between the two, a momentary romance that brings hope and passion into Alix’s harried life, and comfort to her lover. 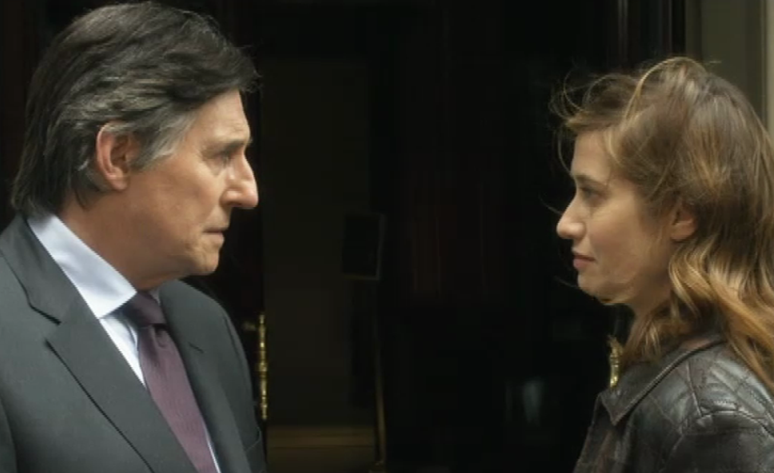 This interview at the festival is so brief (but also wonderful) that I’ve decided to bring it to you in its entirety. [Please note: the interview is no longer available at the Chicago International Film Festival website]. I trust no one will mind…I have highlighted my two favorites.

Q: What film inspired you to start a career as a filmmaker?

Q: Did you make Just A Sigh with a specific audience in mind?

A: I must confess I never think of the audience when I’m working because I – deeply – believe it’s the best way to be honest and respect them.

Q: What memorable events happened during the production of Just A Sigh?

A: The two main actors of my film, Emmanuelle Devos and Gabriel Byrne, had never met before the first day of shooting, which was a scene about love at first sight.

Q: What did you learn from working on Just A Sigh?

A: I learnt that we need a film to see ourselves. In a mirror, we can’t see anything.

Q: If you could work with any actor, living or dead, who would it be? 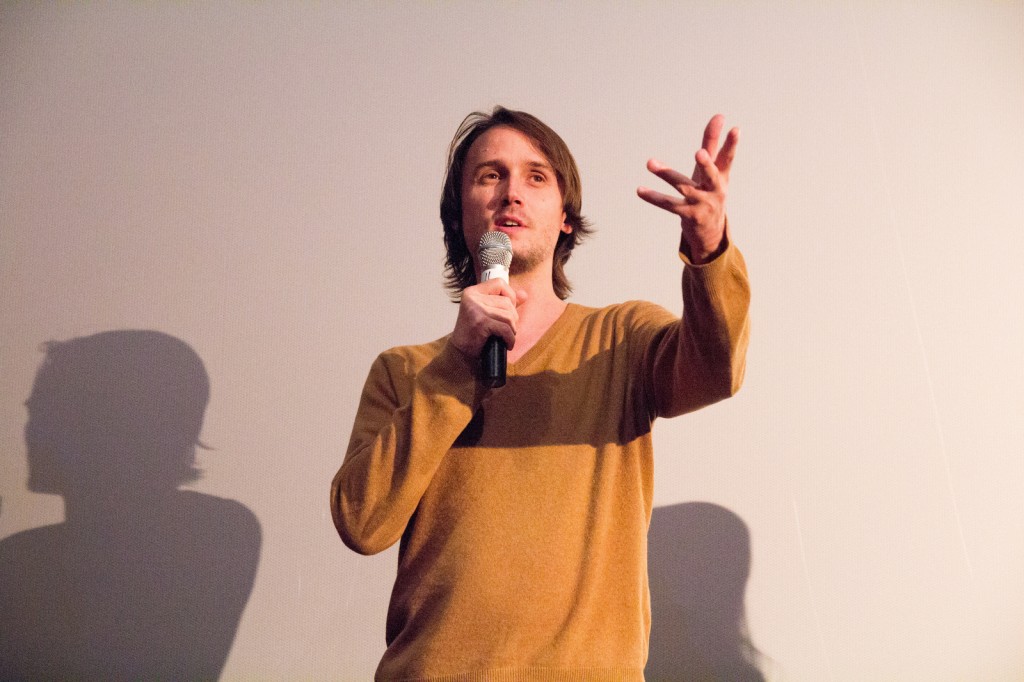 Here is a lovely review from The Cinefille [unfortunately, this review is no longer available on the web], who saw the film at the Chicago International Film Festival and who found it:

…quite possibly one of the most intimately realistic portrayals of unexpected love that I’ve seen.

Here is the last part of the review:

One of the other genius strokes of this movie lies in the fact that Alix and Doug’s native languages are different. Alix doesn’t speak much English, and Doug doesn’t want to speak much French. The result is that both characters must dare to be braver than either one really knows how to be in order to better explore their unavoidable, inexplicable bond.

When asked about his tender and charming film, Bonnell said that he himself was surprised by what he wrote.

“Even though she’s 43, Alix has never left her childhood, her sense of adventure,” Bonnell said. “I can identify with that, as I’m sure many others can. The themes of this movie are classic ones: love and time. The characters are always in-between being emotional and being lucid, all at the same time. They are both surprised at being so sentimental, even though neither of them are 18-years-old.”

As I watched Just A Sigh, I was reminded of other romantic films involving strangers exploring themselves and each other within a foreign-landscape, particularly two of my favorite films, Lost In Translation and Before Sunrise. Like both of these other films, Just A Sigh is sweet. And passionate. And kinda crazy. And sometimes absolutely hilarious. But perhaps more than Charlotte and Bob and Céline and Jesse, both Alix and Doug, with their entangled feelings of captivation, confusion, nervousness, surprise, connection, passion, love, etc., somehow feel as though they are the most real out of the entire romantic bunch. 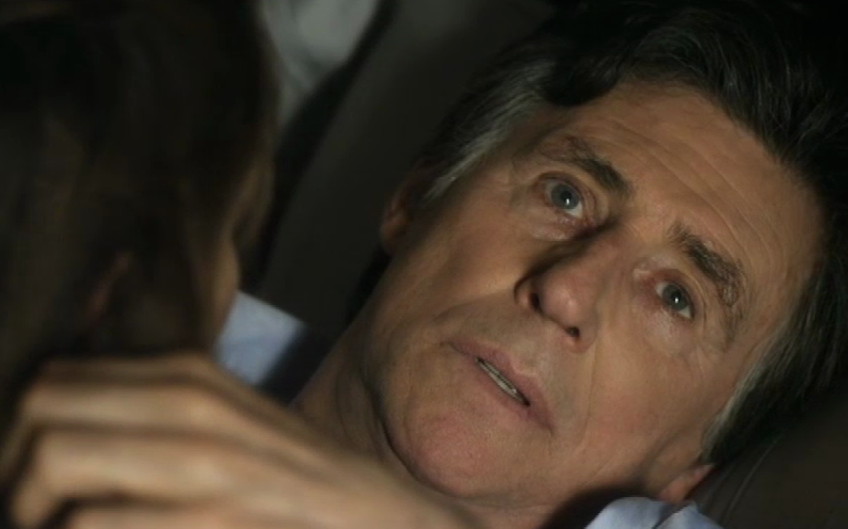 opening in the United States in March, 2014

Screen Daily reported October 9 that Just A Sigh has found its US distributor:

Fledgling Distrib Films has acquired US rights from Le Pacte to Jérôme Bonnell’s French romance Just A Sigh starring Emmanuelle Devos and Gabriel Byrne. Distrib Films CEO François Scippa-Kohn made the announcement prior to this weekend’s upcoming (12) screening at the Chicago International Film Festival and plans a March 2014 theatrical run. The film premiered at Tribeca.

Distrib Films has a nice website where you can see more about the film. I think we should lobby for a picture of Gabriel Byrne to cycle through the background, don’t you? 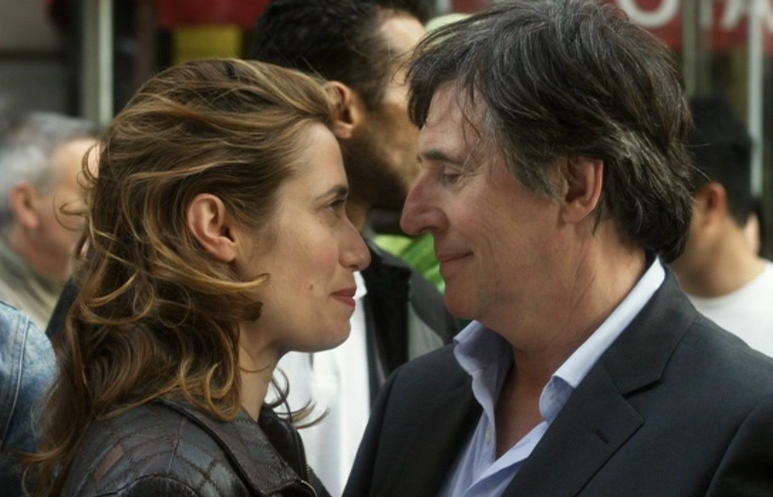 Just A Sigh is also screening at two other festivals in the USA.

The First Annual La Costa Film Festival in Carlsbad, California screening is set for October 27. Their description of the film is inaccurate in some ways and very accurate in others!

French romance is alive and well in Just A Sigh (Le temps de l’aventure), which depicts two married people whose brief encounter on a Paris-bound train soon turns into a full blown affair. Emmanuelle Devos and Gabriel Byrne provide vulnerable, believable characters that, notwithstanding themselves, find love and passion they cannot deny. A truthful and poignant look at chance, and its power over our sometimes otherwise ordinary lives.

The Washington West Film Festival in Washington, D. C. offers Just A Sigh as its feature narrative on October 26 and notes that “Gabriel Byrne and Emmanuelle Devos deliver stunning performances.”

And somehow the Museum of Fine Arts, Boston 18th Annual Boston French Film Festival, where Just A Sigh screened on July 18 and 19, flew right under our radar! 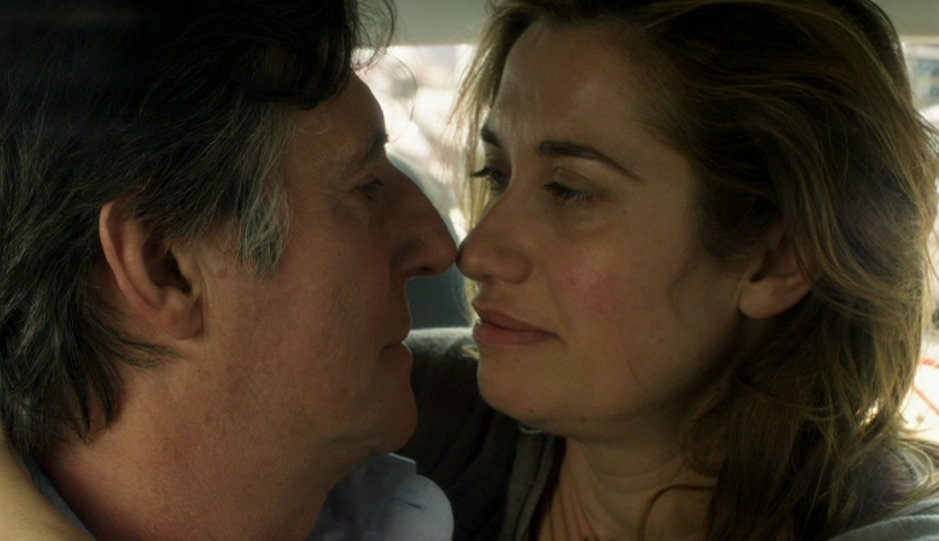 Once the film opens in theaters in the USA, we should see more reviews, so stay tuned for more Just A Sigh news!

Images from the film are DVD screencaps by Stella.