The Stealth Media Group website is no longer available. This project is now categorized as defunct. sad

According to the Stealth Media Group website, principal photography for this new film is set to begin October 14, 2013.

Benedict Cumberbatch is apparently no longer attached to this project.

All we can do at this time is stay tuned and see if this project gets off the ground!

Robert Sheehan, an actor supposedly involved with this project, has a fansite: Robert Sheehan Source [This website is no longer available]. According to MC, who runs the site, this film is not confirmed yet:

I wasn’t going to make a post about this because from what I can tell this project is not confirmed yet. But I’ve noticed that links are making a stir on twitter (and tumblr) so I’m putting this here for the record, even though I wanted to wait until there was something official to post about!

Stealth Media Group are listing a movie named Consequences, starring Benedict Cumberbatch with Robert as the second-listed cast member. It lists the movie as pre-production, and I’ve heard that the poster was on display at the Cannes Festival. The poster itself is made using a Photoshopped picture of Benedict from Parade’s End.

I’m making this post purely to say that I will not be adding this movie to Robert’s current projects list or posting about it any more until there is solid information on it, as I believe it was at Cannes to try and hook buyers and the movie is not confirmed yet. I simply wanted to reference it because of the buzz on social networks.

Several people have already noted that a film in pre-production in June is never going to be ready for release in Winter 2013, so I am inclined to agree with MC. I will be noting now that this film is “unconfirmed” and we shall see if anything official pops up.

The film is in pre-production now and is scheduled to premiere in Winter 2013.

I am assuming it is being filmed in Ireland and I hope to verify that soon. Also, no word on exact roles yet, but that should be available soon, too.

Logline: Give me a boy before he is seven, beat him, drug him, abuse him, neglect him and I’ll give you the tragic consequences

Synopsis: A hard-hitting drama based on a true story of a young woman who must deal with the devastating effects of having a serial killer for a brother.

With a small circle of friends, Anne Marie saw herself as no different than any other young girl living in rural West Ireland. However, she was unprepared for the terrifying chain of events that would change her life forever. She was the sister of Brendan O’Donnell, a man described in the press as the most evil man in Ireland. Her ordinary life was over and it wasn’t long before she started to feel the consequences…

It is described as a “hard-hitting drama” and the (tiny) poster indicates that! 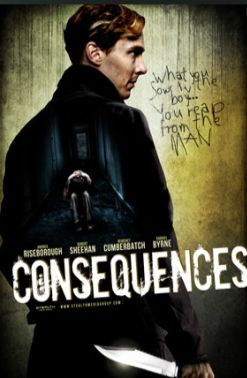 I guess there is no hope whatsoever of Gabriel Byrne taking a vacation this summer!