At the very end of the last century, Gabriel Byrne took on two roles for which he will be remembered in this one, primarily because of the contrast between them: the priest in Stigmata and Satan in End of Days. In choosing these roles, he seemed to be taking the Catholic Church to task. His priest, Father Andrew Kiernan, is a scientist as well as a priest, and a very questioning scientist at that. This priest rises against the evil that has infested his church and tries to save the innocent. Priest as hero. His Satan, like Milton’s Satan in Paradise Lost, is a heroic figure too, striving against all odds, including Arnold Schwarzenegger, to reach his goal. He is also the best thing in End of Days. Did I just compare Gabriel Byrne’s Satan to Milton’s Satan? Well, they both have a wicked sense of humor…

We forget, though, that just prior to these two films that played in both serious and comedic ways with notions of the Catholic Church, Gabriel Byrne portrayed a different kind of Catholic–one who struggles in a more down-to-earth way with his daily existence as husband, father, and baker: Bolek Pzoniak in Polish Wedding, released in 1998. 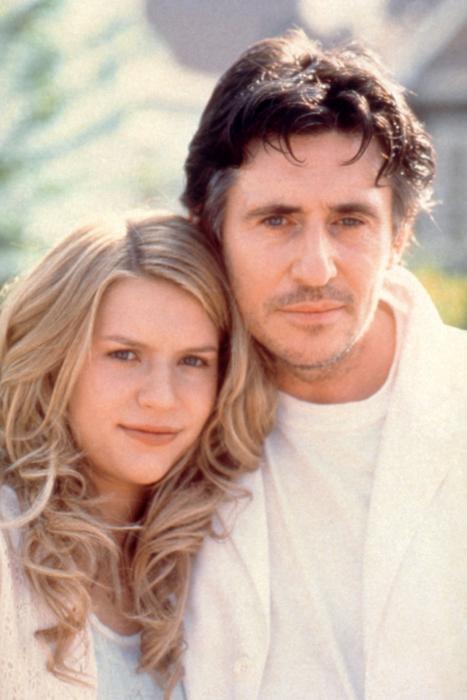 Theresa Connelly’s first and only film as writer/director (she produced a film three years prior to Polish Wedding) is an ode to the past. Her past. And as many of us do when we remember the past, Ms. Connelly embellishes and makes otherwise mundane events dramatic and even sometimes heroic. Her characters are larger than life and the issues they face are a Catholic priest’s confessional laundry list: infidelity, premarital sex, and pregnancy.

The setting for these ruminations accordingly is timeless, rendering the clash between a 1950s plot and a 1990s backdrop irrelevant. Connelly shows a fondness and respect for characters whom she admires for their considerable strengths and despite their infidelities, foibles, paradoxes, and hypocrisies. The film itself may be, as Connelly describes it, “a love-letter to Hamtramck.” But it is the ethnic community of memory, “a lovely dreamland,” as one commentator described it, “romantic, enveloping, ethereal … a view filled with warmth and affection, even longing.” It is a world she has lost. Despite this obvious nostalgia, paradoxically the ethnic community and Polishness are…incidental to Polish Wedding, which is a film about universals…–“The Big Lebowski Goes To The Polish Wedding: Polish Americans–Hollywood Style” by John J. Bukowczyk

Women form the hub in this ethnic community.  Jadzia (Lena Olin), the mother, and Hala (Claire Danes), the daughter, are both strong, centered, sexual. Bolek (Gabriel Byrne), the father, is caught between these two forces of nature and, for a while, looks to be the loser in the various contests that are playing out all around him. But he and the story find a way to bring all of this passion and energy, not under control, but into a semblance of normal life. Heroic indeed. 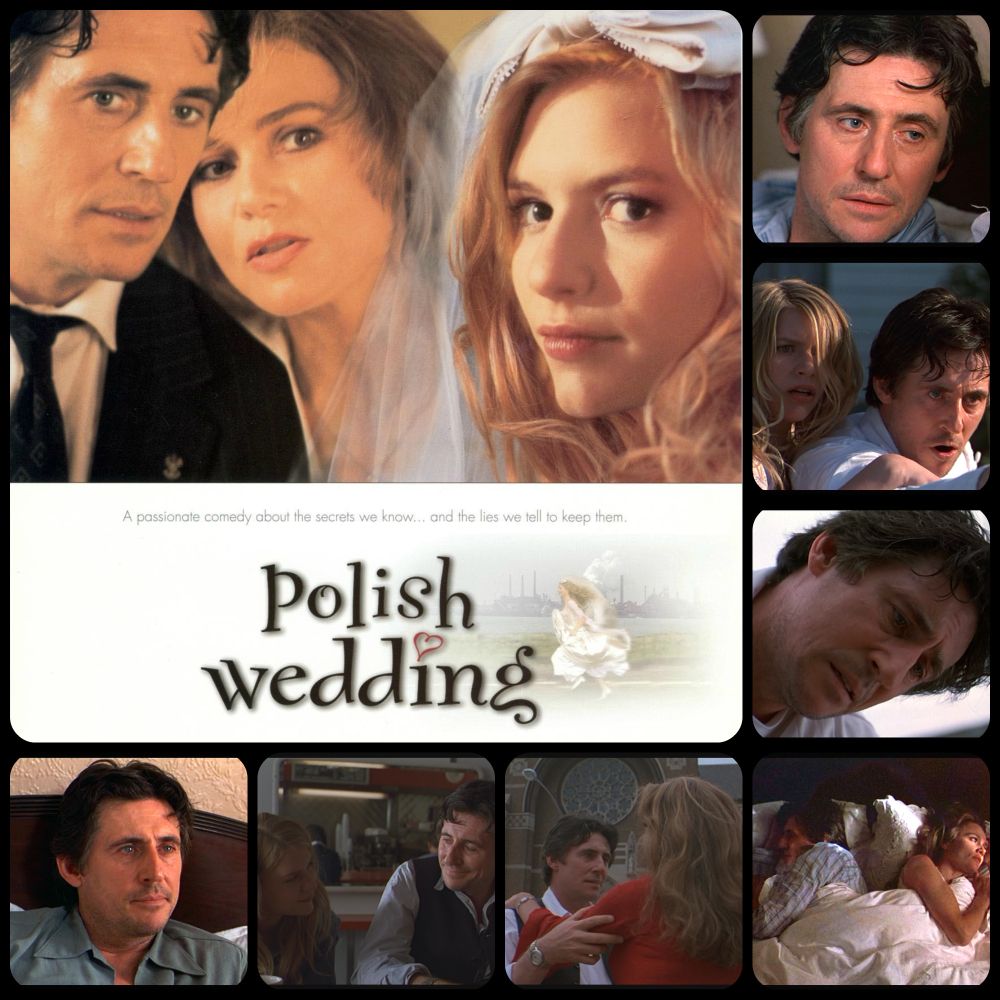 Gabriel Byrne’s Bolek is not “large and in charge.” The women in his life fill that bill. Rather, he is over-worked, under-loved, worried, and on top of all of that, angry and frustrated, in a quiet, rather laid-back way. He is also a warm and compassionate father, a man struggling to understand his wife, and a bread-winner who actually bakes bread. As Mr. Byrne plays him, we find him eminently lovable and sympathetic. He is also absolutely gorgeous to look at (which makes one wonder why in the world his wife is being unfaithful to him, but that is part of the “epic” story…).

But a man such as husband Bolek is not weak but rather strong and masculine for wisely recognizing the ageless, immutable, inexorable, primordial power and mystery of womankind …  The feminism in this film clearly is an essentialist construct, one that embraces its limits as it revels in its strengths.–“The Big Lebowski Goes To The Polish Wedding: Polish Americans–Hollywood Style” by John J. Bukowczyk

“Strong and masculine.” And wise. That’s our guy.

In his first foray in taking the Catholic Church to task, Mr. Byrne is gentle but also subversive. His next two ventures will be more powerful. With Polish Wedding, he started off with a smile. In Stigmata, he rebelled and philosophized. He ends, as Satan in End of Days, with a howl.

The Polish Wedding Mega Movie Page offers plenty of examples of the previously mentioned gorgeous Gabriel Byrne, with promotional images, posters, screencaps, and trailers from the film. Lots of reviews and an extended excerpt from a critical overview of the film–a review that explains the initial negative response in some circles to the film–round out the page. Did I mention the gorgeous Mr. Byrne? Oh yes. I did. Ok. Enjoy!

Many thanks to Lozzie for her beautiful screencaps!

A note from Stella: The title of this essay is derived from the article “Theresa’s ‘Wedding’: A Hamtramck native comes home to honor epic lives in small places,” Detroit News, September 17, 1996.