Campaign Comes To A Successful Close!

The campaign is over. Alec Moore and Mark Wright, the creative team at Mossy Hare Productions, now have almost $20,000 (2/3 of their original campaign goal) to help them with post-production costs for their documentary, Behind The Sword In The Stone.

As an Executive Producer for this film, I want to thank everyone–Byrneholics, Excalibur fans, Gabriel Byrne fans, other fans, and people who support independent film–for their contributions! I also want to thank those who helped get the word out about this initiative. Crowd-funding is social media at its best and you really stepped up to the plate quickly! THANK YOU EVERYONE.

Let’s see what happens next, so stay tuned! 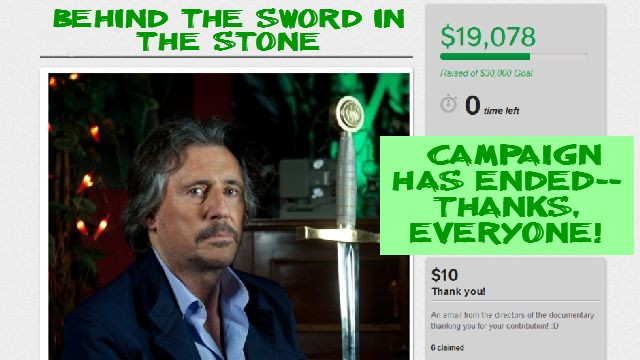 According to Behind The Sword In The Stone documentary director Alec Moore, signed photographs of Gabriel Byrne are now available as a perk when you make a contribution of $150.

This is wonderful for Gabriel Byrne fans and it is so great that Mr. Byrne and Mr. Moore have been able to coordinate this offering in the last stretch of this initiative! Kudos to both of them.

So, with only a few hours left, hear the plea of one of the Executive Producers of this film (um, that would be me):

Support Independent Film! Contribute to the making of this documentary! 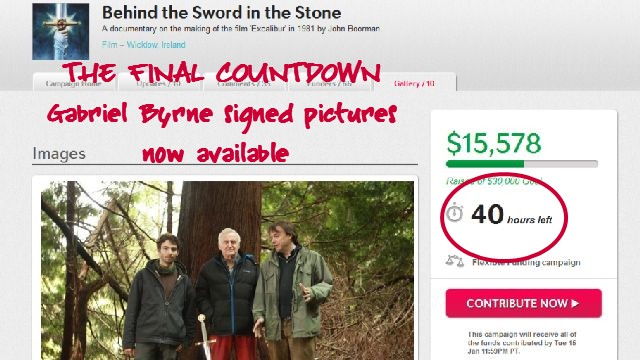