An interview about Quirke, among other hot topics, and an address concerning the future of Ireland and its people all over the world: Gabriel Byrne meets the press in myriad ways, as usual.

a hint of Quirke

Yes, this is as close to Quirke as we are going to get for the time being.

The Independent UK: ‘It was almost a Taliban-esque society’: Gabriel Byrne goes crashing into the past in ‘Quirke’ — The new BBC drama series is set in the 1950s Ireland of Byrne’s childhood

I will not complain about this interview. Or the picture that accompanied it. Or the beginning of it, which drops us immediately into intensely personal and almost private matters as a lead-in to a discussion about a television show. No. I’ll just take us to the parts that I found really interesting.

A long-term resident of America, Byrne returned to the Dublin of his abused childhood earlier in the year to film Quirke, the BBC’s adaptation of John Banville’s 1950s-set thrillers, which Banville writes under the pseudonym of Benjamin Black. “Crashing into the past” is how Byrne describes the experience. “By absolute coincidence we filmed in the very first apartment I ever had, on Pembroke Road,” he says. “We shot in the theatre where I made my first professional appearance – I hadn’t been in there since – and to walk into it… phew! Déjà vu doesn’t begin to describe it.”

Byrne’s character, the eponymous Quirke (we never get to know his first name), is a pathologist at the Dublin city morgue. “Quirke was originally 6ft 4in, had the feet of a dancer and blond hair,” says Byrne. “And I said, ‘John, I’m really sorry but I’m not that.’ And he said, ‘It’s curious… since you started to do this I’ve started to darken Quirke’s hair and make him a little smaller.'”

You know, I have read all six of the Quirke books and I still think Quirke is simply a pathologist who runs the pathology lab at the Hospital of the Holy Family, which he calls “down here among the dead men,” an interesting inaccuracy, as most of the dead down there seem to be women. He is an inquisitive man who naturally asks questions. He is an outsider. He is not part of the criminal investigation system.  He does not run the city morgue. Everyone else seems to think he does, though…

This cannot have been an easy role to play, for reasons that are obvious. The willingness to take on the challenge is something we have seen in Mr. Byrne in the past. The questions that come up are uncomfortable, perhaps, and that is good. When art and life “crash into the past,” what happens? We will be the beneficiaries of this implosion if the BBC ever decides to give us the opportunity.

And we are all very pleased, I’m sure, that blond hair will not be part of the picture. 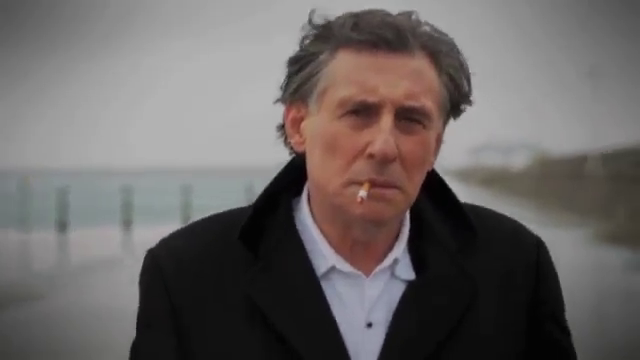 When asked of which films he is most proud, Mr. Byrne responded:

“I’d look back on Miller’s Crossing, The Usual Suspects, Jindabyne [an Australian adaptation of a Raymond Carver short story co-starring Laura Linney] and Spider [the 2002 David Cronenberg thriller].” What about In Treatment, which reinvigorated Byrne’s career in the mid-Noughties and won him a Golden Globe? “Not really,” he says. “Although it was tremendously difficult, like doing theatre every day. It was just two people so you had to be on camera all the time for the other person, so there was never any break in it.

“For me, the whole series was about listening, and listening is interesting to act on camera because it’s quite difficult; if you’re on take 15 or 16, it’s very difficult to be acting with the same kind of engagement you did on take one.”

While we don’t like to see him discount his work in In Treatment, the series that brought so many of us to him in the first place, of course we say “Yay!” to the other work on his list. I would add Wah-Wah to that list, by the way. And some other films as well. But that would be my list, not his. It is always intriguing to see how someone evaluates their own work. A two-way conversation about this would also be intriguing–comparing lists, as it were. I can hear him now: “You liked Stigmata?!”

Yes, those two films are on MY list. And flying below radar is exciting, as we know. 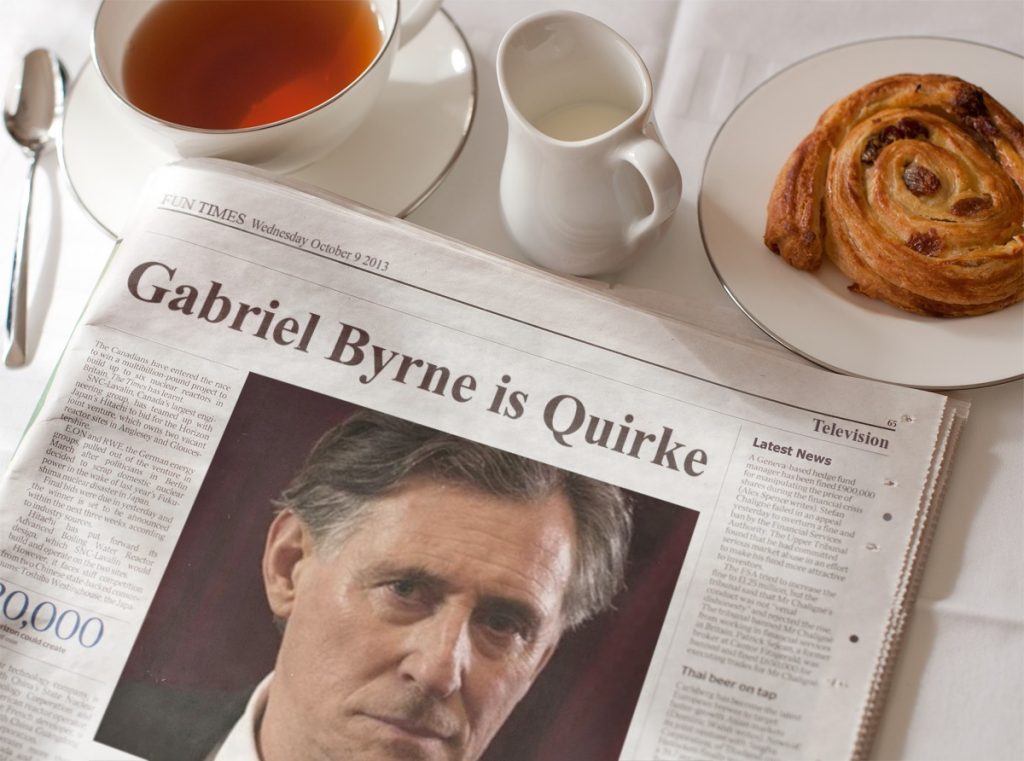 In a brilliant address before the Global Irish Economic Forum in Dublin last week, author Colum McCann gave out a call to action:

What we should call for is an intricate reimagining of what it means to be Irish, and a call to dare ourselves into new action.

Does this sound familiar? Although I have not been in the “Follow the Cultural Ambassador for Ireland” business for some time now, I feel that the mantle has somehow been picked up again. And it feels good! And it is also great to see Gabriel Byrne recognized for his remarkable contribution to this conversation and this struggle.

Independent.ie: Colum McCann: We need to reimagine what it means to be Irish and dare to act on it

Our first and very simple proposal should be that we fold the Diaspora into the ongoing debate. For those who have left this country to have their voices drift back in . . . and to be heard. And for those who have remained in this country to have their proper voices drift out . . . and also to be heard. To create a contemporary Irishness that is agile enough to understand that we can be in more than two places at once. To create an Ireland of the various Irelands.

Concrete and poetic at the same time. I love it. Here is more:

I would suggest that we reacquire the word “patriot” before it is taken and shaped into something that can be worked against the proper direction of where this country wants to go. Don’t back down. Don’t let fringe elements own the celebrations of 1916. Be joyous and critical of what we have become. To forget is the crime. To forget is to step inside, close the curtains, sit in the dark. But 2016 should be about all available brightness. It was, after all, about when we became a republic. And now that we have been a republic for 100 years, we can also realise that a proper republic has lungs . . . and an integral part of our breathing apparatus is this very notion of Irishness that must include if not everywhere, then at least an elsewhere. 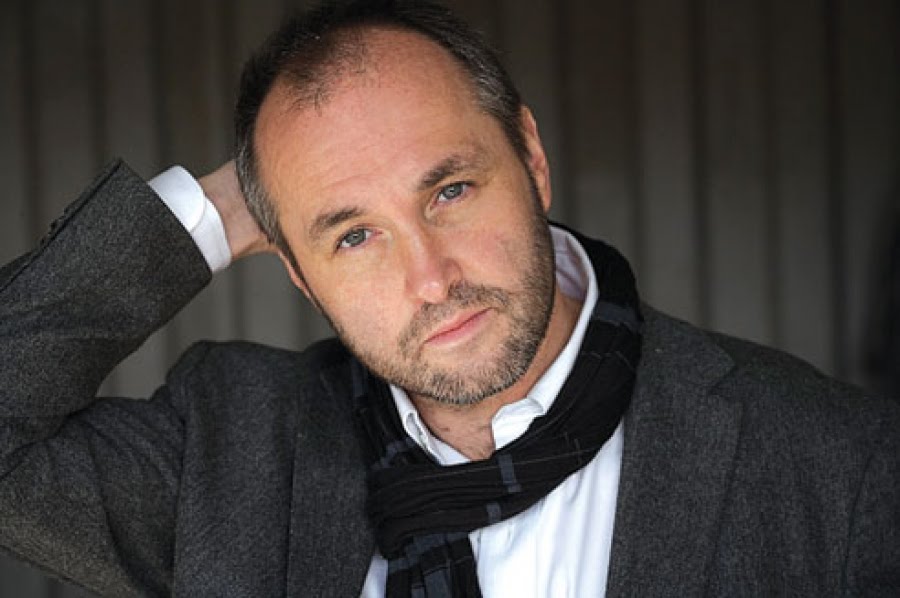 This is a way to take back your history, is it not? And here is the Gabriel Byrne part, in case you were wondering:

…I think we need a sustained agency that properly looks after the arts on a long-term basis: to help protect and promote the healthy parts of our culture. The current Government has had a hard time with its long-term policy in relation to the arts. They have not yet realised that – as Gabriel Byrne, one of our foremost heroes and patriots, said – “culture is the force of a scattered people”…

Colum McCann is a great writer. And he is obviously an impassioned thinker when it comes to considering the Ireland of the future. I am reading his latest work, TransAtlantic. A gifted storyteller indeed. I am happy to see him call his home country, in all of its homes, to action. That call has the ring of the old days, when Gabriel Byrne declared: “We are who we were. We will be what we imagine.” Words for all cultures to ponder, I think.