So, here’s the thing.

I know who Roddy Doyle is, of course: great Irish writer, actually now “recognized as one of Ireland’s greatest living writers,” with a slew of novels based on his native Dublin written over the past two decades; screenwriter of Irish films based on his Barrytown Trilogy novels and  beloved by everyone: The Commitments, The Snapper, The Van, all with Miles O’Brien, um, I mean Colm Meaney; founder of a remarkable creative writing center in Dublin called Fighting Words, a project that seems likely to have been an inspiration for the recent Narrative 4 project here in the USA. He is a man of letters, as we used to say, and the winner of the Irish PEN Award in 2009 and the Man Booker Prize in 1993.

But I’ve never read him. And now, with Gabriel Byrne’s latest book review under my belt, I really want to. 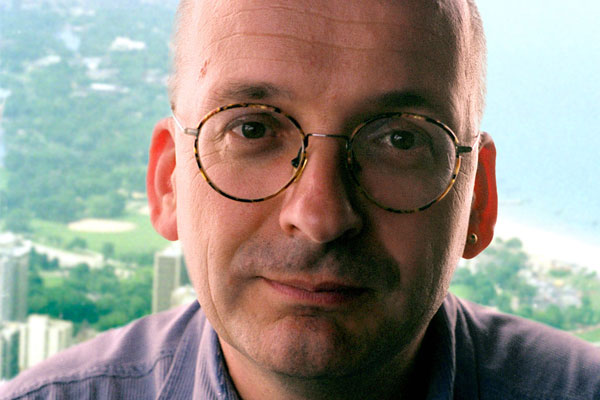 Mr. Byrne reviews Roddy Doyle’s latest, The Guts, in The Irish Times and hones in on the unique style the author employs, the constant themes of family and love, the underlying note of despair he captures as his characters  grow older and are forced to face their own mortality, and the compassion he expresses for them as they struggle with life in contemporary Ireland.

It is easy to miss how many plates Doyle is spinning effortlessly in the air. As in The Commitments there is little description or exposition. The dialogue, like music, carries the narrative compellingly forward: a world of meaning in the half-spoken or the unspoken, in a “yeah”, a “but” or a “look it”; the detached, objective narrator; Jimmy’s inner monologues; the smallest observations illuminating a character (Jimmy snr hoists his trousers with a finger in the belt loop. Later Jimmy jnr does the same and laments the onset of geezerliness); characters struggle on optimistically despite failure, with something like heroism. 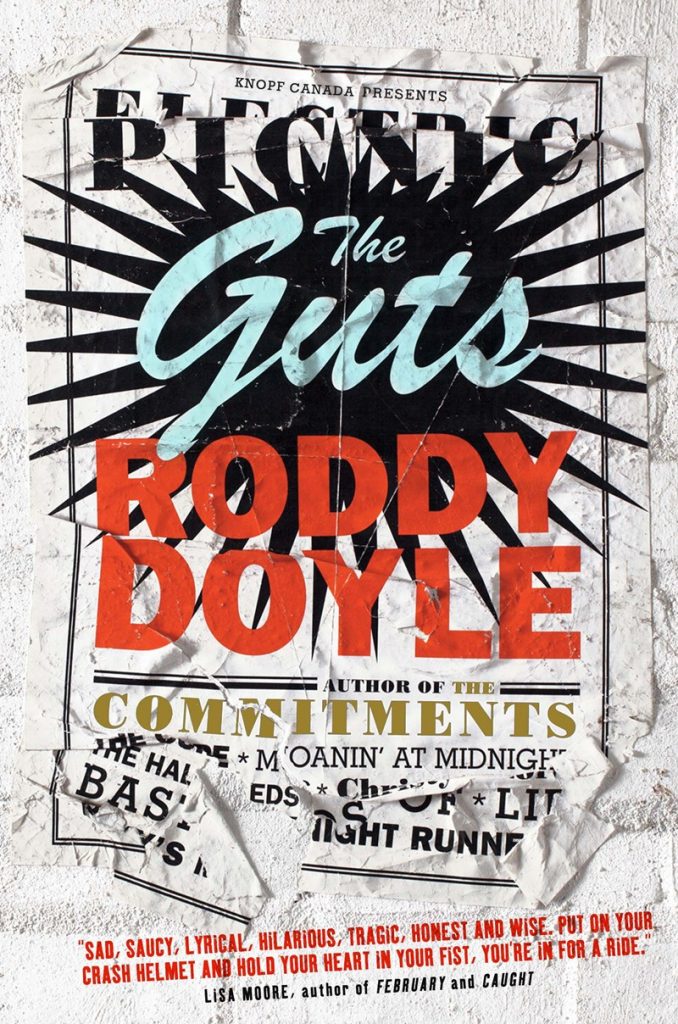 It is a style as simple, functional and as admirable as a Shaker chair. This simplicity of style allows us to concentrate fully on character and story. Big emotions don’t come from big words or complicated syntax. Doyle draws us in by what is left unsaid, allowing imagination to fill the gaps. Good writing, like good acting, is nine-tenths below the surface. Even if you are unfamiliar with the music of Dublinese, the dialogue sounds natural and true to the ear. The words are subsumed into the story, words that are funny in their very sound and full of the music of profanity.

Roddy Doyle is about the same age as Jimmy Rabbitte, and one can’t escape the feeling that he, like Jimmy, is standing Janus-like, looking simultaneously backward and forward, yet very much alive to the present moment.

Ultimately, reading The Guts is a little like seeing a band one has loved re-form: there they are, balding or ponytailed, beer-bellied or wizened, ghosts of who they once were, singing the old songs. Even though we might be dancing in the dark, it is comforting to know we are all facing the music together.

So, yes. Now I want to read The Guts and I also want to go back and read the entire Barrytown Trilogy. I’ve just finished reading the third Quirke book, so the timing is perfect. Thanks, Gabriel. And thanks, Roddy Doyle.