August 9: A brief update to note that Vikings will premiere on RTÉ Two, so Gabriel Byrne will be in two series on Irish television this Fall!

RTÉ in Ireland has published their Fall programming booklet and Quirke has a prominent role to play in it!

Check out this promotional video and you will see what I mean: Gabriel Byrne is starring in a series about an Irish pathologist set in Ireland and filmed in Ireland,  and the show is playing on Irish television.

Looks like Mr. Byrne has come home, at least for now.

The programming booklet does not provide any air dates but it is chock full of nice pictures, including this one: 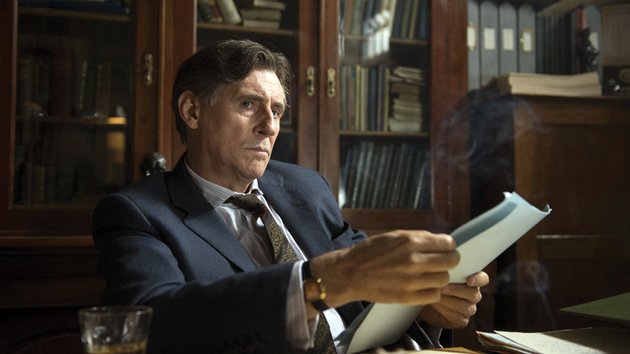 The booklet does not really offer anything new to those of us who have been following the production of this series for the past two years, but it is wonderful to see it all official and in print: 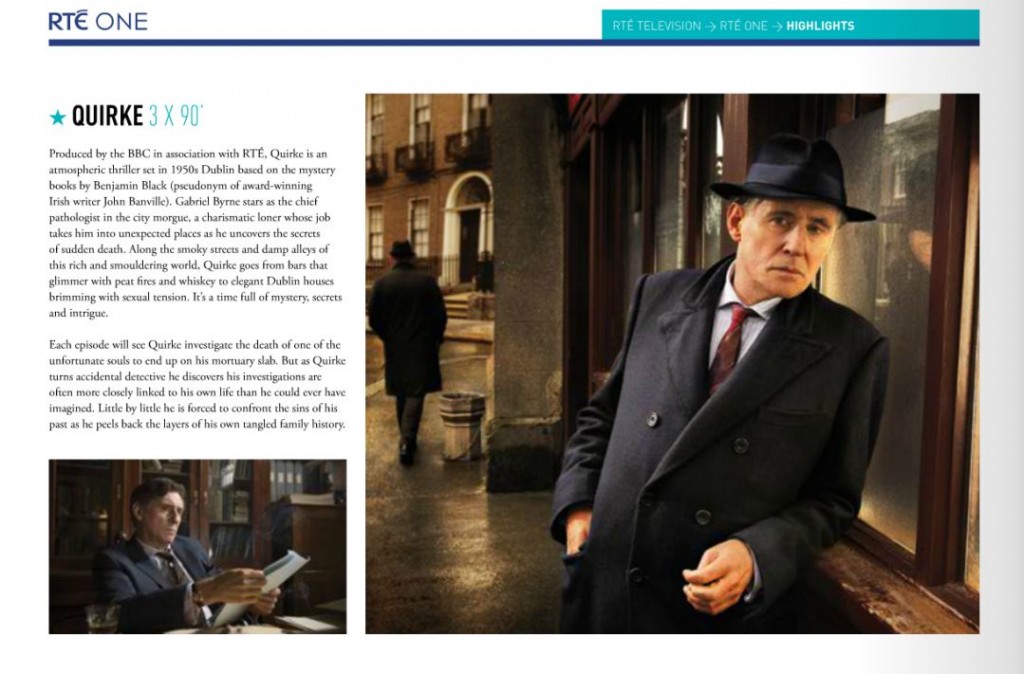